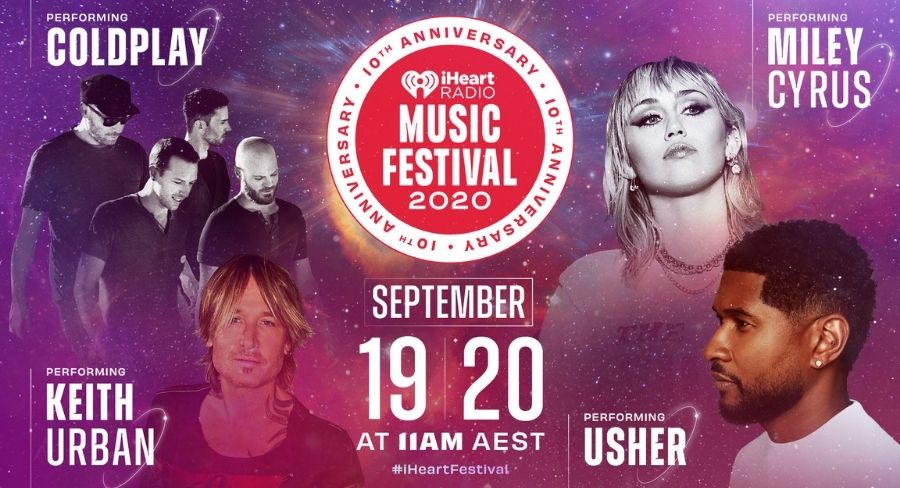 iHeartRadio Music Festival is celebrating its 10th anniversary this weekend with a two-day virtual concert. Fans can listen live on iHeartRadio Australia from 11am AEST this Saturday 19th and Sunday 20th September.

Brett “Nozz” Nossiter, content director of iHeartRadio Australia, said: “Music fans are in for an epic show with a killer lineup of music artists confirmed for the 10th iHeartRadio Music Festival. At a time when we need music even more than ever, there will be spectacular performances and once in a lifetime collaborations by artists from all genres, who are ready to plug in and play for this virtual festival.”

The 10th anniversary will also feature special remote performances and include intimate backstage moments with artists sharing stories about how the COVID-19 pandemic has impacted their lives and their families, given the disruption in society and touring this year.

Australian fans can listen to a live audio stream on iHeartRadio.com from 11am AEST on Saturday 19th and Sunday 20th September 2020.