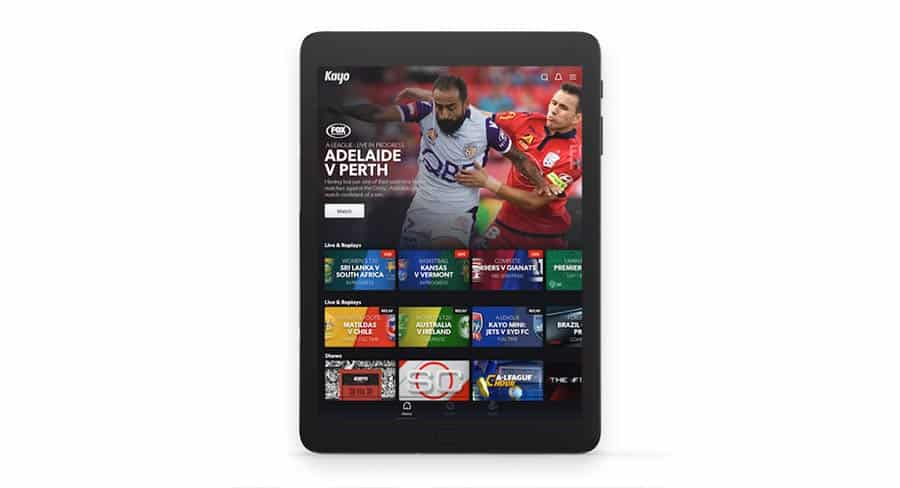 Kayo Sports is promising the best seat in the house for all the blockbuster sporting action this Boxing Day (26 December):

From the office to the beach or the annual family Boxing Day lunch, fans won’t miss a second of the action with Kayo.

Kayo will deliver the year’s biggest day of cricket with the Melbourne Test between Australia and India with coverage starting from 9.00am AEDT, as well as an epic line up of five back-to-back NBA games.

The NBA action kicks off at 4.00am, with Aussie Thon Maker and the Milwaukee Bucks taking on the New York Knicks. Then, at 7.00am, the Oklahoma City Thunder challenges the Houston Rockets on their home turf at Toyota Centre. At 9.30am, it’s Aussie v Aussie with Ben Simmons and the Philadelphia 76ers going head-to-head with Aron Baynes and the Boston Celtics.

The action continues at midday when the king LeBron James, and the LA Lakers, go up against Stephen Curry, Kevin Durant and the defending champion Golden State Warriors. The Aussies are back in action at 2.30pm as Joe Ingles, Dante Exum and the Utah Jazz, face off against the Portland Trail Blazers to wrap up a massive day of NBA action.

The key to watching multiple sports at the same time – use the Kayo Sports SplitView feature for the Boxing Day Test along with four back-to-back NBA games.

The SplitView feature gives Kayo subscribers the ability to watch up to four different videos, games or shows on TV, web and tablet devices – and 2 videos simultaneously on their favourite mobile device – all on the one screen.

After the Test and NBA action wraps up, fans can jump straight into the Hyundai A-League to watch the Western Sydney Wanderers take on Adelaide United at 7pm.

There will be more cricket with the KFC Big Bash League featuring the Perth Scorchers and Adelaide Strikers also live at 7pm.

Following the BBL action is the Rebel Women’s Big Bash League at 10.30pm, where things will heat up as the Perth Scorchers take on Brisbane Heat.

Adelaide fans will get to see one more of their teams on Boxing Day, when Melbourne United go up against the Adelaide 36ers in the Hungry Jack’s NBL at 7.30pm.