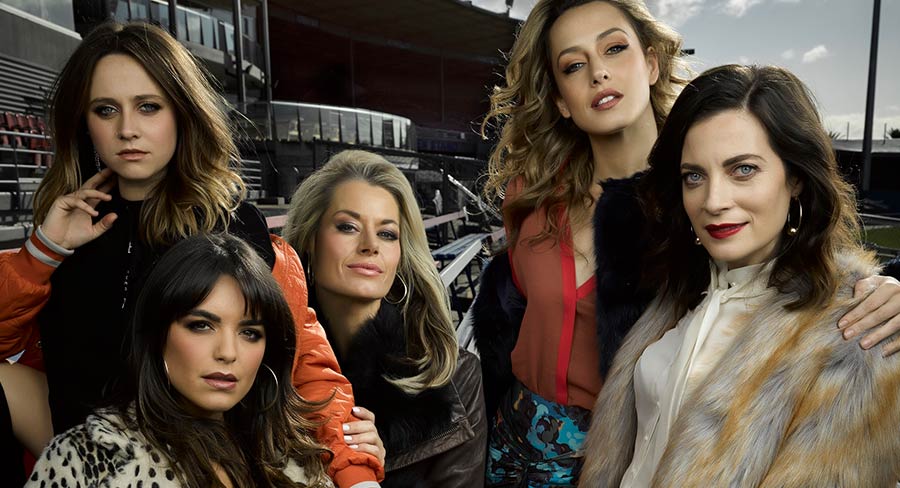 Viewers will be introduced to five very different women, all linked by a common thread: the Southern Jets Football Club.

The countdown is on for Network Ten’s new Australian drama Playing For Keeps, which will premiere Wednesday September 19 at 8:30pm on TEN and WIN Network.

In just one week audiences will finally be given an all-access pass into the lives of the sporting world’s rich and famous on the new series from Screentime.

The network is promising the show will provide a delicious insight into what makes the wives and girlfriends within the elite football realm tick. Viewers will be introduced to five very different women, all linked by a common thread: the Southern Jets Football Club.

Fresh from the country, the club’s hot new recruit Daniel (George Pullar) lands in Melbourne with his girlfriend Paige (Cece Peters), who immediately learns how out of her depth she is in this dazzling world.

Welcoming Paige into the club’s fold are Kath (Madeleine West), the perfectly mannered coach’s wife and ruler of the roost; Maddy (Annie Maynard), a high-flying lawyer and mother of two; Tahlia (Olympia Valance), a glamorous social media influencer and partner of the club’s captain and Jessie (Isabella Giovinazzo), a young mother with football aspirations of her own.

Playing For Keeps is a Screentime production for Network Ten with principal production investment from Screen Australia, and the assistance of Film Victoria.

For those that simply cannot wait, tenplay members will be able to watch the entire first episode of Playing For Keeps early at tenplay.com.au/playingforkeeps.

The exclusive preview started on 12 September for a limited time, only on tenplay.