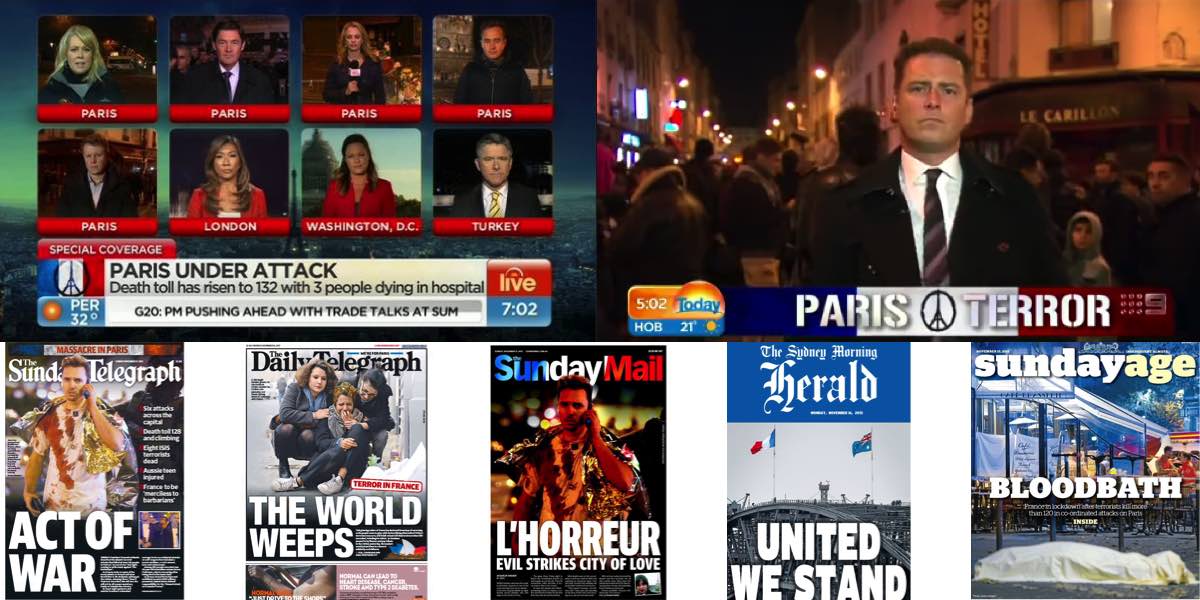 From mid-way through Saturday morning, Australian reporters have been covering the terror attacks in Paris. Seven’s Hugh Whitfield was amongst the first to notice something was wrong while dining with friends in Paris on Friday night local time during a long weekend he was spending in the French capital.

Both Today and Sunrise did extended editions on Saturday and Sunday and both shows had one of their week day anchors in Paris for the start of the week. Karl Stefanovic for Today and Samantha Armytage for Sunrise.

The Nine team included Tom Steinfort and Amelia Balinger from London, Robert Penfold from the USA and Ross Coulthard from Australia who hosted a Sunday night Nine News special. Tiffany Wertheimer is a Nine Perth reporter/producer who was holidaying in Paris and was on air for Nine during the day.

Seven’s team included Hugh Whitfield from London, Mike Amour from the US with Sam Armytage and Michelle Tapper from Australia.

Below are some of the front pages covering the incident: 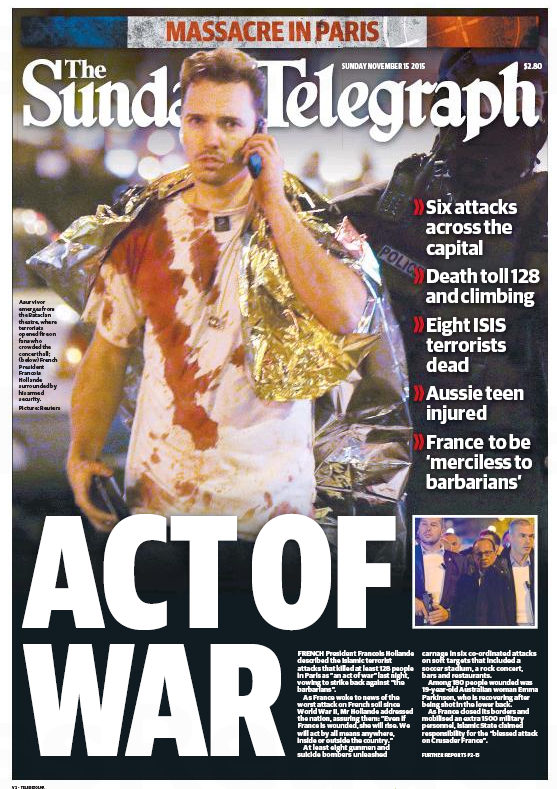 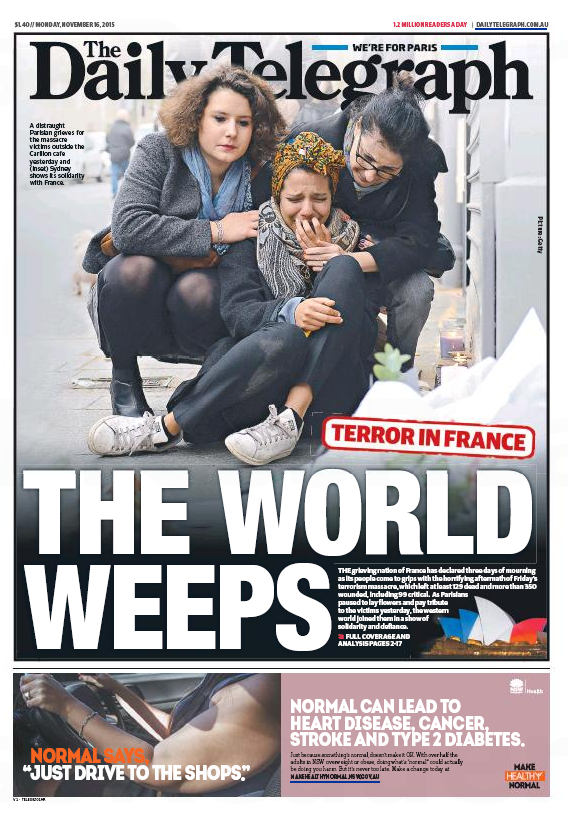 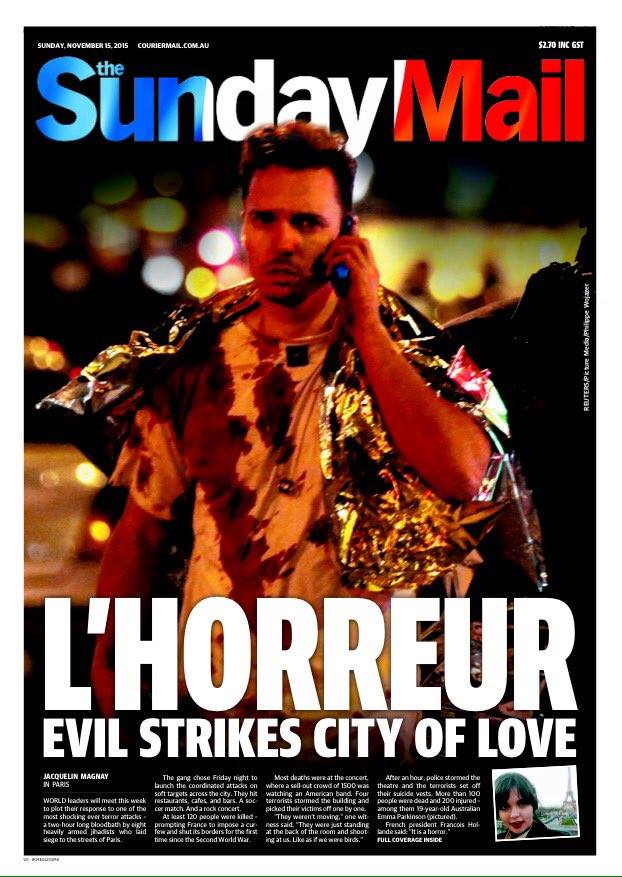 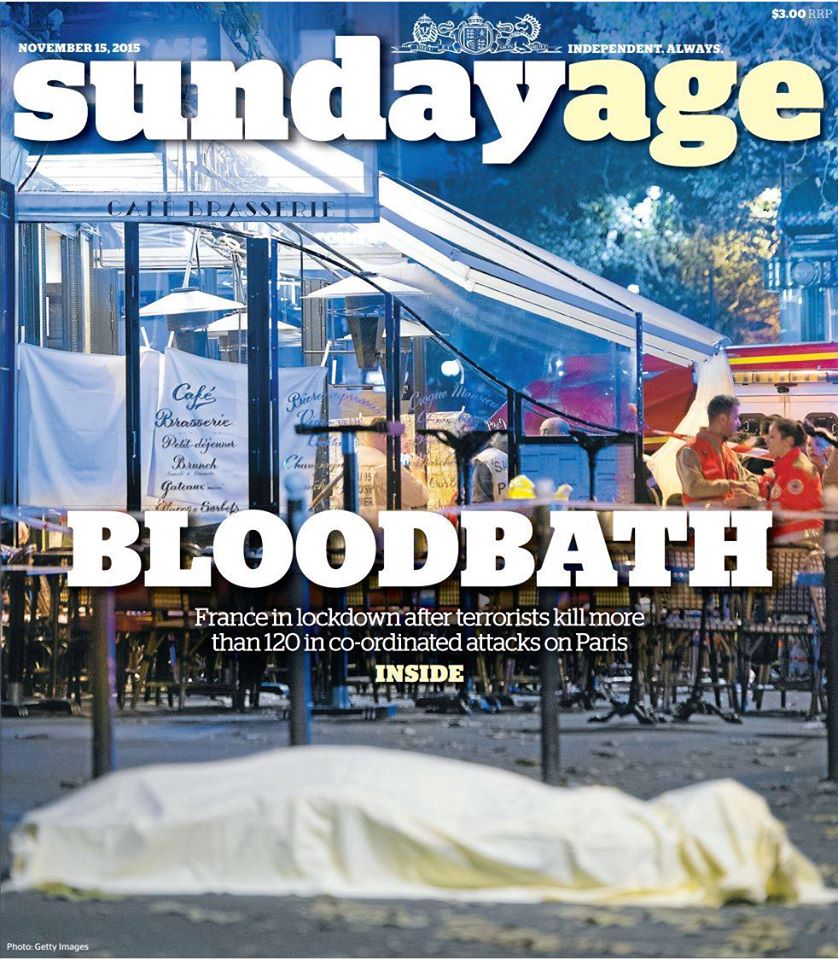 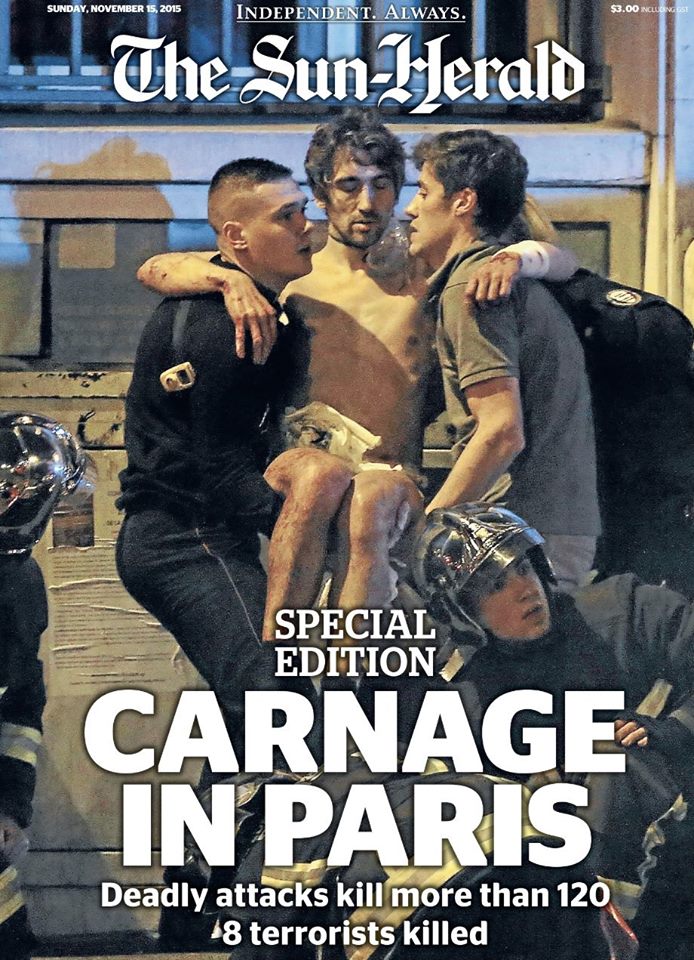 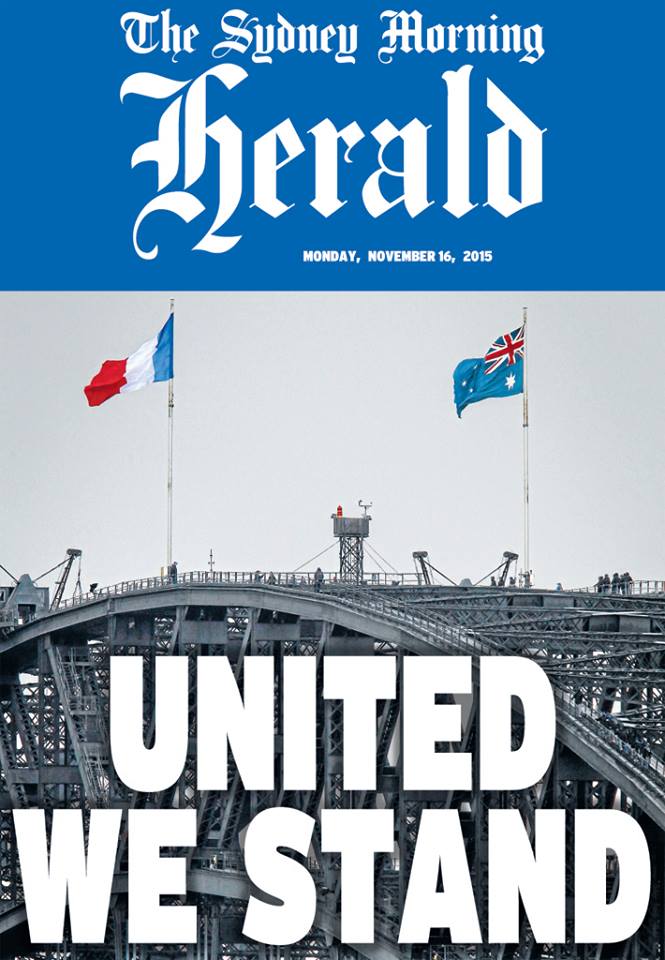