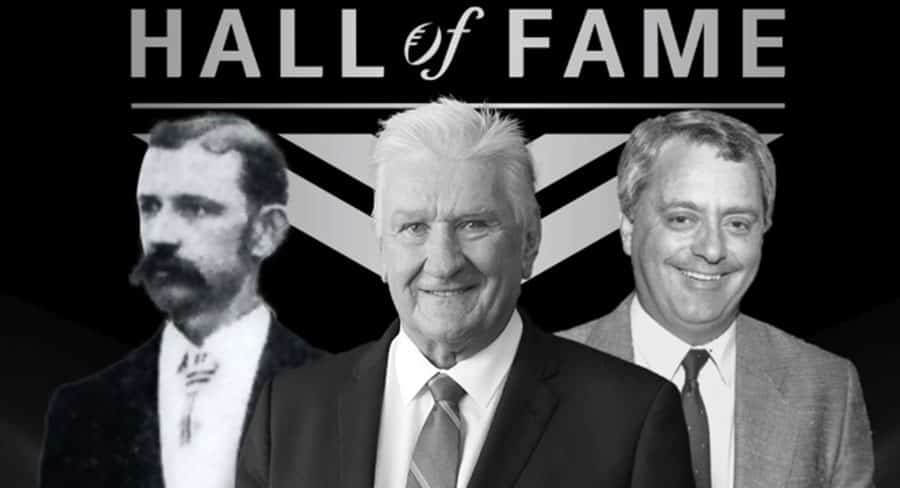 Warren, the only living Hall of Fame contributor, began calling the game with the Young radio station 2LF in 1966.

The NRL reports the trio will be formally inducted into the prestigious club alongside former players Danny Buderus, Craig Young, Ruben Wiki and Stacey Jones during a ceremony at Carriageworks in Sydney on Wednesday evening.

Warren, the only living Hall of Fame contributor, began calling the game with the Young radio station 2LF in 1966. He rose to prominence at Channel Ten in the 70s before moving to Channel Nine in 1988.

Dubbed “the voice of rugby league”, Warren has added to footy’s theatre like no other; his dulcet tones the soundtrack of many unforgettable moments over an illustrious career.

“Rabbits” was awarded the Order of Australia Medal in 2014 for his outstanding contributions to broadcast media. Now in his 53rd season at age 76, Warren continues to lead Nine’s call team with aplomb.

Frilingos was one of the most influential league journalists, breaking news and spinning yarns across print, television and radio.

Starting as a cadet with the Daily Mirror in 1962, “Chippy” became the outlet’s deputy sports editor and eventually chief rugby league writer in 1980. He continued in the esteemed position when the Mirror merged with The Daily Telegraph a decade later.