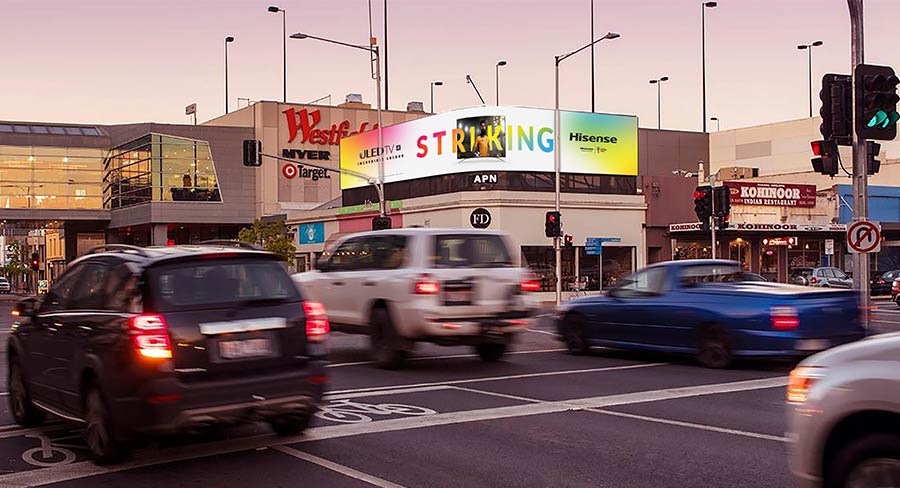 The outdoor campaign includes a combination of all digital LED billboards and flagship premium billboards.

Hisense, the official television brand of the FIFA World Cup, has unveiled a premium, nationwide, out-of-home campaign, all in the lead-up to the tournament, which starts in Russia next month. The outdoor campaign includes a combination of all digital LED billboards and flagship premium billboards.

Andre Iannuzzi, head of marketing at Hisense Australia, said: “Building on our 2018 FIFA World Cup sponsorship, the outdoor campaign is the most expansive out-of-home activity we’ve done in the country.” The out-of-home campaign complements the appointment of Australian football superstars Mile Jedinak and Ellyse Perry as local brand ambassadors, a nationwide consumer competition to take two Hisense customers to the FIFA World Cup in Russia, and a heavy social and digital presence with the support of an online Hisense World Cup Hub at worldcup.hisense.com.au for Australian football fans.

The creative agency behind the campaign is Mustard Creative while the media agency is Multi Media Buying & Planning.