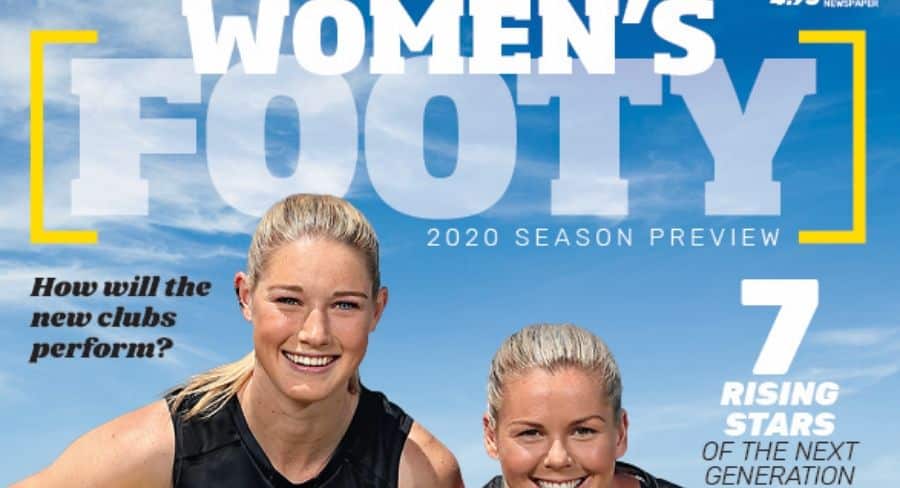 Aimed at anyone who follows AFLW and young women interested in the game, Women’s Footy is a glossy magazine that champions the sport and will be available at selected newsagents from January 22.

The new season of AFLW will be run over eight rounds commencing on Friday February 7 with Richmond v Carlton at Ikon Park.

Women’s Footy editor Erin Miller said: “Our launch issue of Women’s Footy aims to celebrate the strong and inspirational women who play AFLW, and the girls who have embraced the sport in their thousands since the competition launched in 2017.

“The launch issue carries interviews with stars of the game Tayla Harris, Katie Brennan and Daisy Pearce, fitness and nutrition advice, plus we profile seven younger players who are destined to be the next generation of stars.

“With four new clubs – West Coast, Richmond, Gold Coast and St Kilda – entering the competition this year it is clear the sport’s popularity will continue to surge with more women now getting the opportunity to play the game they love at a professional level.”

Miller is also the editor of magazines and partnerships at the Herald Sun.

Women’s Footy is on sale for $4.95 at selected newsagents with the Herald Sun, Adelaide Advertiserand Courier-Mail. 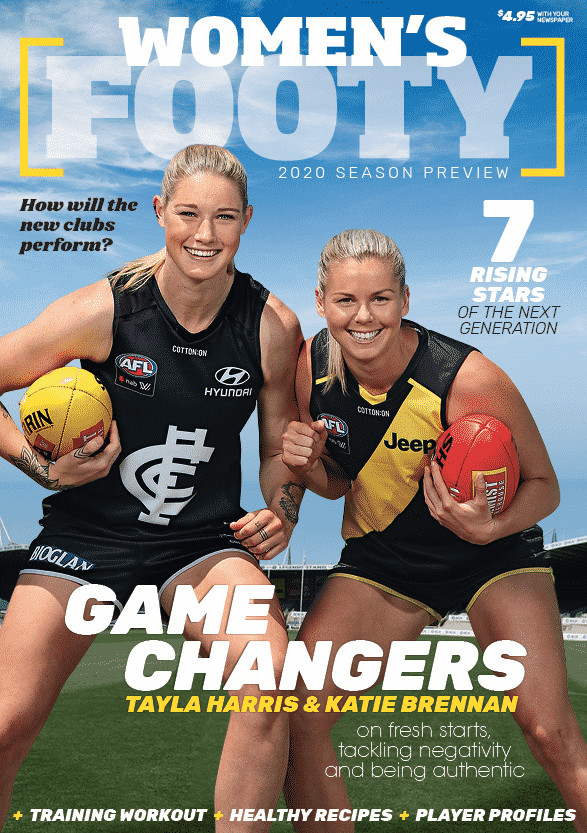