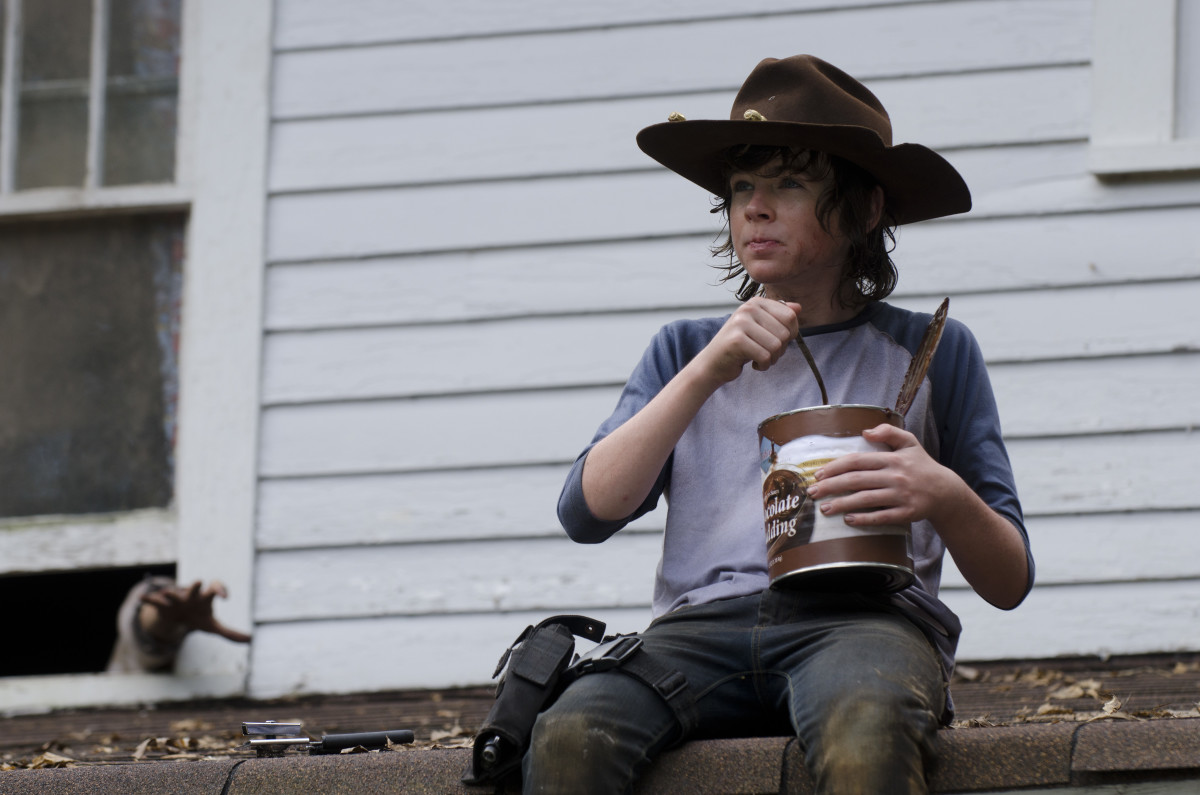 The Walking Dead fans will have a full sensory experience this weekend at Sydney’s Graphic Festival. As well as seeing an advance screening of next week’s season 6 premiere episode, they will also be able to eat Carl’s shockingly tasty gelato pudding.

Greeting patrons at the Graphic Festival will be a 2.9 metre high decomposing ‘Walker’ hand, installed on the steps of the iconic Opera House by Foxtel channel FX.

The gelato pudding is being produced by Gelato Messina and will be sold at the Alexandria Ice Scream pop-up shop. The store, open across the weekend at Graphic Festival from 12pm-4pm daily will only have 1,000 tubs of the limited edition Carl’s Chocolate Pudding gelato.

The team at Mediaweek received two tubs of the gelato to sample. The general consensus was that it was appropriately disgusting and tasted great.

Every tub of Carl’s Chocolate Pudding is filled with chocolate pudding-flavoured gelato, with what Messina co-owner Declan Lee referred to as “some added surprises”. Jelly brains, white chocolate fingers with an oozing bloody jelly centre and a truly disgusting-looking chocolate heart were found as we got stuck in to this gelato creation.

It’s not often that gross is a positive term when describing food, but the team at Messina should be congratulated on creating the most truly vile desert of 2015. Bravo!

FX marketing and digital media manager Jamie Zarzycki said ‘“When a giant Walker hand emerges from beneath the harbour through the Sydney Opera House steps it can mean only one thing … The countdown is well and truly underway for the eagerly anticipated premiere of the sixth season of The Walking Dead on FX. We are thrilled to be a part of the 2015 Graphic Festival lineup that will see a horde of deadicated [SIC] fans be amongst the first people in Australia to watch the extended premiere episode not only on the big screen but inside the iconic Sydney Opera House.

“We’ve been shuffling around behind the scenes with the team at the Sydney Opera House, Messina and Graphic to deliver fans a staggering event that will be talked about for seasons to come.”

It’s not as if The Walking Dead is struggling to find viewers. Beyond performing very well for FX, The Walking Dead earned a whopping 15.8 million viewers for its season 5 finale, making it the most-watched TV finale in cable TV history.