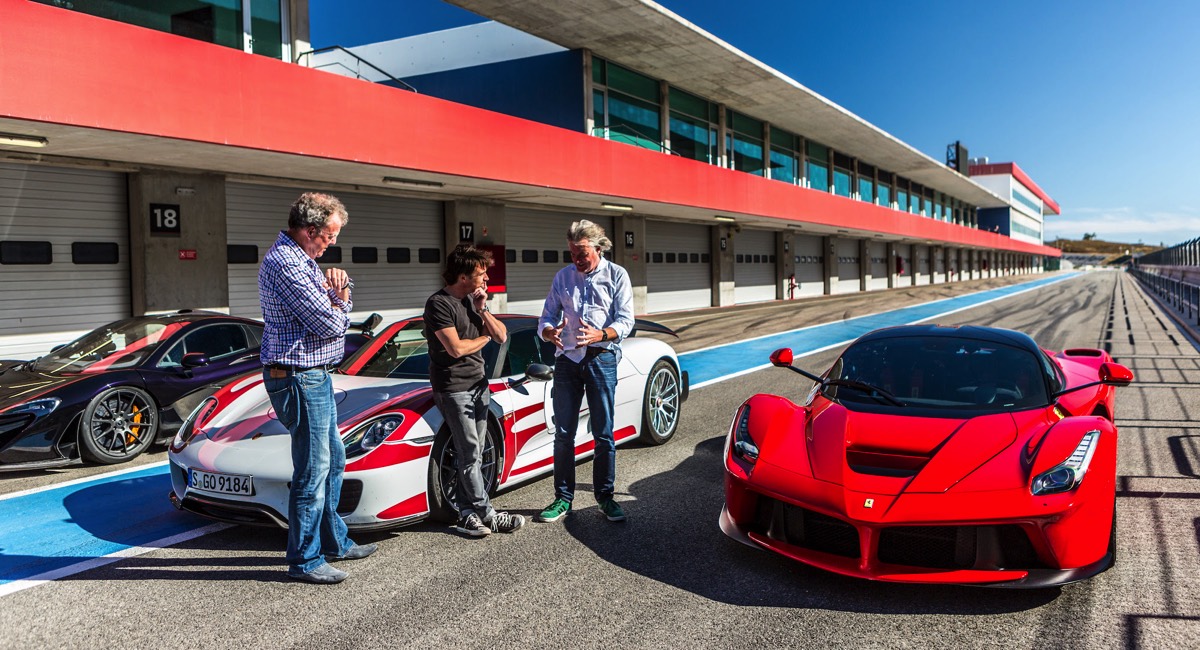 The trio has filmed across five continents, visiting more places than ever before

Alongside the announcement of the launch date, a new trailer has been released to provide a first look of what series two has in store. Beginning with a heart-stopping, vertigo-inducing moment, the three presenters are reintroduced to fans as they daringly slide down the side of a snowy mountain while Paul McCartney’s “Live and Let Die” from the 1973 James Bond film of the same name plays out.

The Grand Tour’s new trailer showcases an epic mix of the world’s most incredible cars and other vehicles alongside stunning scenery and a healthy dose of mud, dirt and adrenaline.

For series two, the trio has filmed across five continents, visiting more places than ever before including Croatia, Mozambique, Dubai, Spain, Switzerland, Colorado and New York with their giant studio tent being given a permanent home in the Cotswolds.