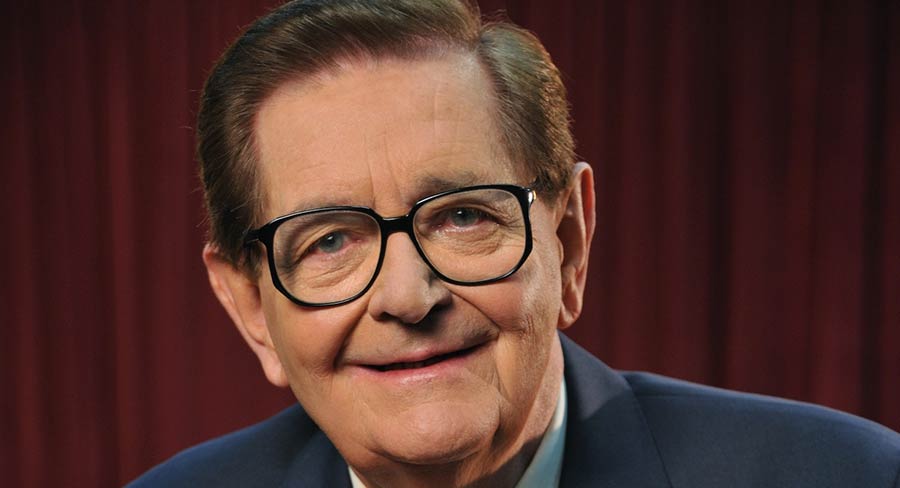 • Bill Collins continues to present movies for Foxtel On Demand

Foxtel announced on the weekend that “Mr Movies” Bill Collins has decided to step back from his regular work schedule hosting Bill Collins’s Golden Years of Hollywood on Fox Classics on Saturday nights.

Collins has handed over hosting duties to actor, writer and national television critic for The Australian, Graeme Blundell. Collins will, however, continue to present classic movies for Foxtel’s On Demand service. For the past 23 years, since Foxtel was launched in 1995, Bill has been Fox Classics’ resident movie critic, presenting films from his favourite era with his popular and long-running Bill Collins’s Golden Years of Hollywood.

For over 55 years Collins has introduced generations of Australians to the world of movies. His passion for filmmaking, his eye for detail and his knowledge of the work of the great screen talents, combined with his natural charisma and spirited presentations, turned watching a movie presented by Collins into an “event”. Graeme Blundell paid tribute to the legendary film critic as he takes over as the permanent host of Fox Classics’ weekly Saturday movie slot, presenting Saturday Night at the Movies. “It’s a great honour to continue the tradition of Bill’s foundation work on Fox Classics. There’s no doubt Bill is one of Australia’s best known and most loved movie presenters ever to appear on television, and it’s likely that he’s been adored by not only your parents but your grandparents too,” said Graeme Blundell.

“His unique style, insight and passion for movies of the Golden Years of Hollywood have straddled many generations. Indeed the films from this era owe him a huge debt for keeping these wonderful classics alive over many decades.”

After starting his television career talking about film appreciation on the ABC’s Roundabout program in 1963, Collins went on to work as a movie presenter at the Nine, Seven and Ten Networks before signing with Foxtel for its launch in 1995.

Over the years Collins’s dedication to sharing his love of movies has earned him awards and accolades, including the Order of Australia Medal in 1987, the TV Week Hall of Fame Logie Award in 2009 and the inaugural ASTRA Award for Lifetime Achievement in 2013.

Bill Collins’s Golden Years of Hollywood will continue to be available On Demand, with a dedicated section of Foxtel’s On Demand library boasting a large number of Bill’s personal favourites and the all-time classics from Hollywood’s golden age.