Gogglebox’s 11 households turn on their TVs for 2018

With a show like Gogglebox there is only so much pre-production that can be done. As the executive producer of the show for Endemol Shine Australia, David McDonald, told Mediaweek, all of the contributions from the various families are filmed the week prior to going to air.

The hit format returns to Lifestyle (Wednesday) and TEN (Thursday) this week as it starts coverage of all the big returning TV series for 2018.

The show now tracks the viewing habits of 11 households, a number which has been constant since series three.

All 11 viewing groups crop up in every episode.

McDonald said there are many approaches from people who think they would have something to contribute.

“Most of the cast we found were from street casting. The producers found them as potential candidates and then followed through and made their decisions.”

The casting team has certainly done a great job. “The Lebanese household – Matty, Sarah Marie and Jad (pictured top) – joined the program in series six, and before that two households joined in series three. All of the others have been there since the beginning.”

The producers test any team extensively before it gets the nod. “Each household needs to offer something different. In any additional casting we do we are thinking about adding something we might have been missing.”

Within every episode McDonald said they hope to reflect everything that is happening on TV in a particular week. “That means not only covering the big, high-rating reality shows to the more thoughtful documentaries. We need to also find a mix of every emotion that different programs trigger.”

The Gogglebox format has been rock solid with very little change over the years. “Any change has been organic – it’s not been by design. Sometimes we come across a small thing during the edit and make a note to make a small change that might increase the number of jokes etc.” 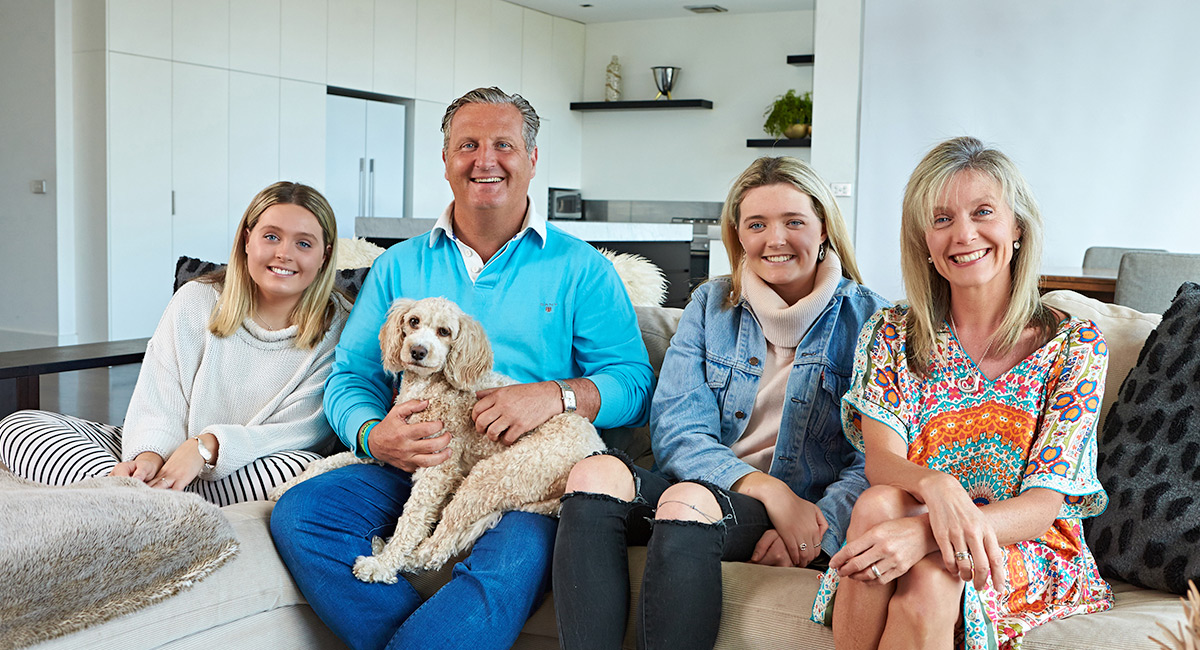 How to make Gogglebox

There are five crews who work on the series, filming the households over a five-day period.

There could be as much as 12 hours of footage in total to make a five-minute piece on one show.

“There is a lot of content for the editors to sift through to make each short piece of television,” said McDonald.

Because of the time constraints, there is no way the households could be filmed watching all of every episode being discussed.

The viewer groups need to be in front of their TV sets twice a week for filming sessions.

Sport can be difficult

“Unless it is grand finals or special events like that,” said McDonald.

“Sport really lives in the moment unless it is one of those special events. Unless something extra-special happens during a sport broadcast, you could find yourself having simply footage of people watching television. It just might not be terribly engaging to watch back.”

None of the households gets wardrobe help. “This is 100% them you are seeing in their lounge rooms,” said the Gogglebox EP.

All the Gogglebox contributors have kept a relatively low public profile. McDonald said the viewing audience relates most to them as ordinary people sitting at home watching TV. “The more they are like our TV audience the better.”