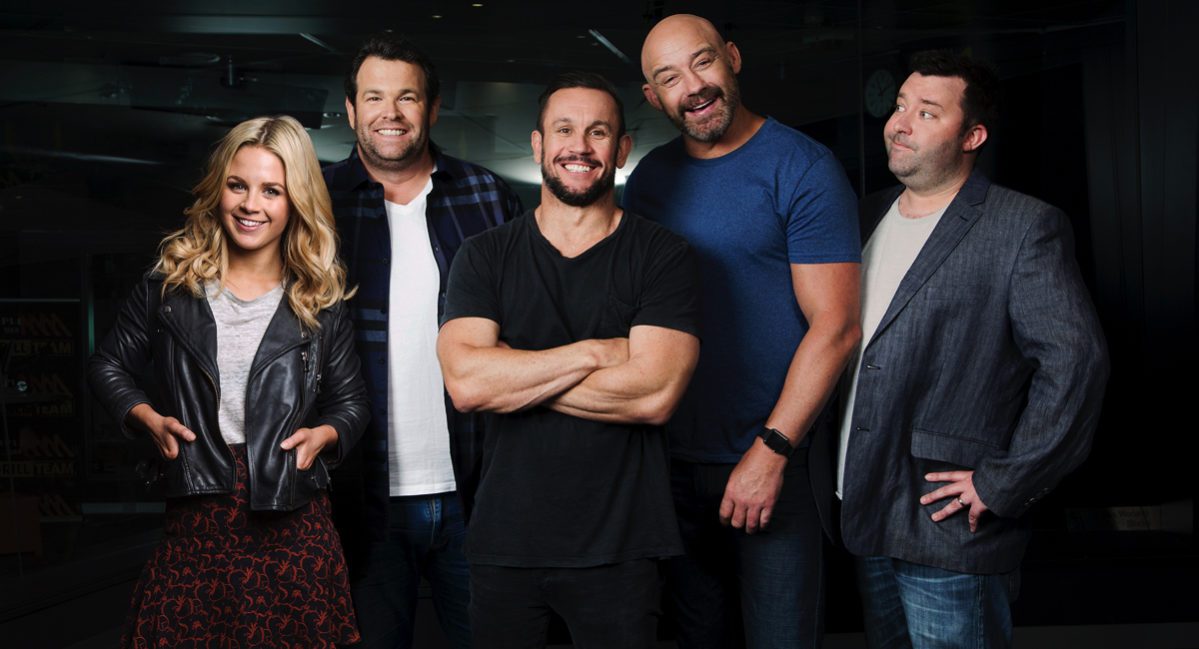 The full results from the first radio ratings survey for 2017

2GB and KIIS 1065 continue to lead the AM and FM breakfast markets respectively. However, Triple M was the market’s biggest mover with 10+ share up 1.1 to 6.0% as its breakfast show The Grill Team turned in a stunning performance, lifting its audience 2.2 to 7.8% to be the #2 FM breakfast radio program behind Kyle and Jackie O.

The rebranded 2UE, now Talking Lifestyle, was up in both 10+ and breakfast where John Stanley and Garry Linnell now sit on 5.1%.

The biggest improvement in the market belongs to Nova 100 which was up 0.9 to 7.3% overall, with the Chrissie, Sam and Browny show now Melbourne’s #1 FM breakfast program, overtaking both Fox and Triple M in survey one.

3AW remains the market leader 10+ and in breakfast despite small falls in both.

SEN 1116 and Fox FM each lost over a share point with the breakfast shows for both those stations down significantly too.

The move by Robin Bailey from ARN to SCA has seen a breakfast share movement of 2.5 points. Her new station Triple M lifted 1.3 overall while her old station 97.3 was down 1.2.

The biggest breakfast move however was at Hit 105 where share climbed 3.0 to 11.9% where the station now ranks equal #1 breakfast overall alongside 612 ABC.

Fiveaa has had a strong survey with overall share up 1.2 to 11.3% while the breakfast show with David Penberthy and Will Goodings has climbed 1.7% to be #1 commercial breakfast on 14.7%, where it now trails 891 ABC breakfast by less than 2.0 points.

• 96FM gets the KIIS of life as share lifts 1.8 with breakfast a big improver

The market’s big improver was ARN’s 96FM with share up 1.8 to 8.7%. In breakfast, the Perth station in the KIIS network saw share lift 1.6 to 7.7%. It is not yet threatening the leaders, but recovery seems to be under way.