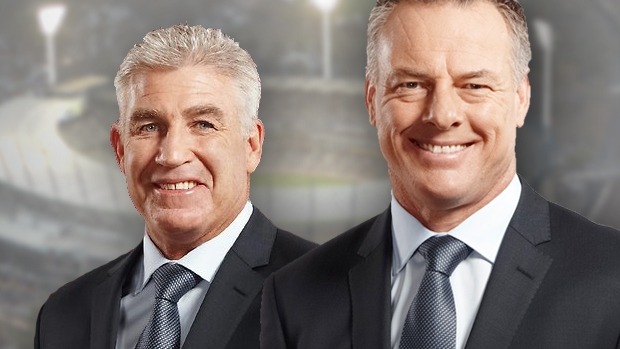 The program is called Sportsday

To be known as Sportsday and produced by Crocmedia, the program will continue to air weeknights on 3AW from 6-7pm and across regional Victoria and Tasmania from 6-8pm. The entire two hours of the program will also be streamed on new platforms.

Some of the biggest names in football including Leigh Matthews, Matthew Lloyd, Matthew Richardson and Caroline Wilson will continue to be part of the lineup. The new program will replace Crocmedia’s existing Sportsday program across regional Victoria and Tasmania, with stations in Shepparton, Echuca, Deniliquin and Wangaratta adding to the show’s existing 16-station footprint.

The merging of the metro Sports Today and regional Sportsday programs creates a new audience footprint for the popular radio identities and was forged during partnership discussions over the new AFL radio rights deal between Crocmedia and Macquarie Media. It is one of five different Sportsday radio shows that Crocmedia now produces across the country.

Dave Carter, Crocmedia content director, said the move allowed the new show to maximise its audience. “We are thrilled to have worked closely with our station partners to bring together one show,” Carter said.

“To have Gerard and Dwayne heard more broadly and still connect so uniquely via the top-rating 3AW platform each night is a win for listeners.

“They have always been at the centre of what’s happening in sport in Melbourne and now they can take that daily relevance into regional Victoria and Tasmania. We’d like to particularly thank Macquarie Media for working collaboratively to make it happen and ensuring that the 3AW audience can continue to enjoy the show for years to come.”

“We are delighted to have Gerard and Dwayne continue their long-running on-air partnership and to grow the program throughout Victoria and Tasmania. This will be a major boost for our 3AW audience as we join the regional audience and talk about sport in the engaging style of Gerard and Dwayne. This grows on our highly successful regional growth with News, Mornings and Drive.”