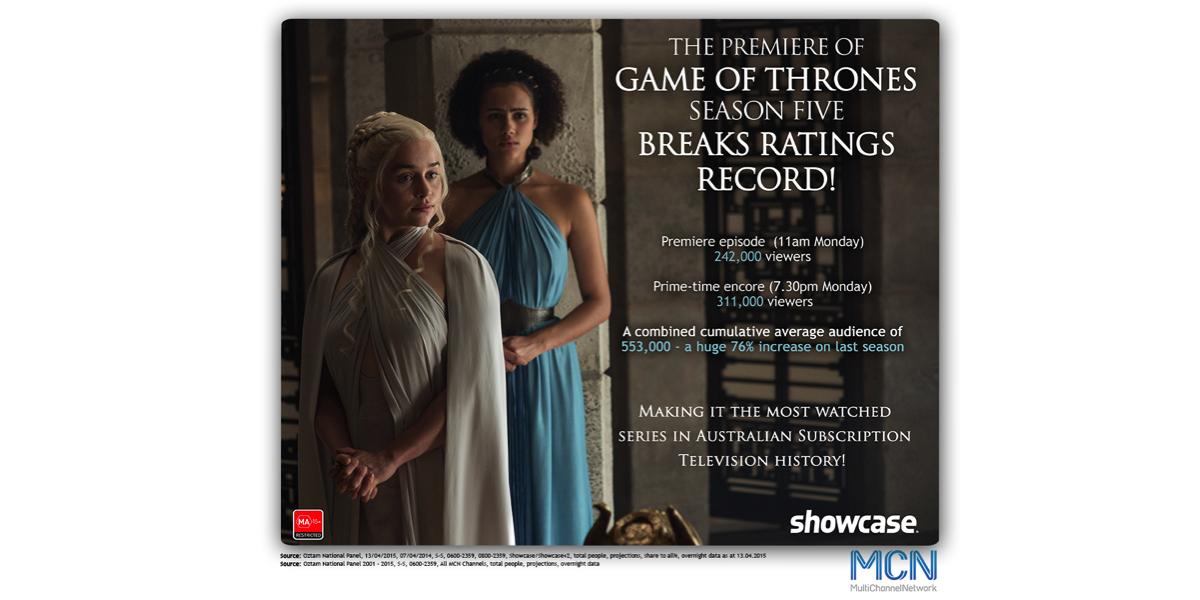 The premiere of the fifth season of worldwide phenomenon Game Of Thrones broke ratings records making it the most-watched series in Australian subscription television history.
A combined cumulative average audience of 553,000 Foxtel viewers tuned into the first episode yesterday – a huge 76 percent increase on last season.
The episode, screened live to over 170 countries, had an 11am audience of 242,000 followed by a primetime encore at 7.30pm seen by 311,000.

Game Of Thrones returned to Sky Atlantic with a record audience of nearly 1.6 million viewers, marking the moment the one-time cult hit went truly mainstream, reports The Guardian.
The eagerly anticipated fifth series opener of the HBO fantasy drama hit had 1.57 million viewers, a 6.7% share of the audience from 9pm on Monday.
It was a huge audience for Sky Atlantic, 43 times its slot average over the last three months.
Unusually for the UK pay-TV channel, it also put it ahead of two of the five mainstream channels, including BBC2, which had 1.3 million viewers for new documentary series Inside Harley Street, and Channel 5’s Gotham, watched by 802,000 viewers.
[Read the original]