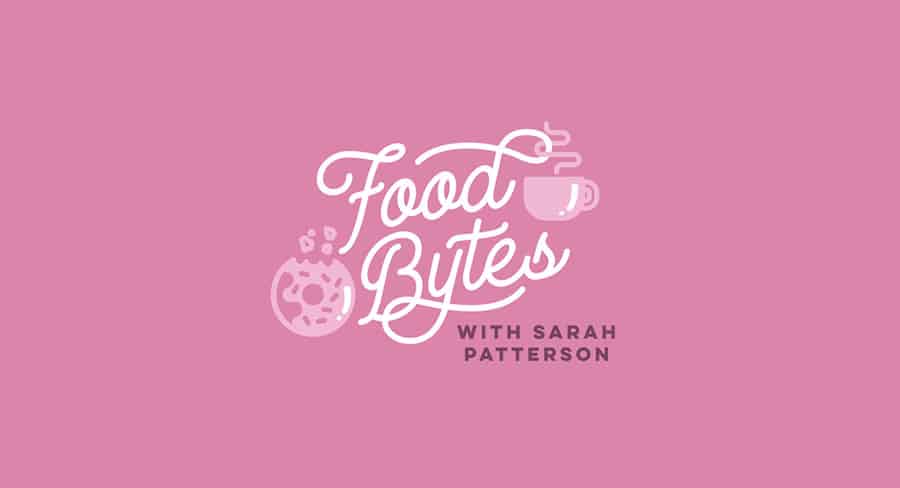 • The 100th show was released this month with AFL legend Dermott Brereton the special guest.

April 2018 saw a weekly newspaper column become a weekly podcast and the next part of the Food Bytes journey began.

The 100th show was released this month with AFL legend Dermott Brereton the special guest.

In this episode the five-time premiership hero recounts eating bull’s testicles during his stint on the I’m A Celebrity Get Me Out Of Here! reality show, talks about his passion for chocolate and manages to shoo away a helicopter that flies too close to his backyard while being interviewed.

That sums up Food Bytes with Sarah Patterson. It is real people talking about real things – mostly food related – as relaxed as you will ever hear them. From the stories of kitchen triumphs and disasters and childhood memories of over-boiled vegies and offal to the weird and wonderful dream dinner party guests (dead or alive), the show is never short of fun, surprises and a kitchen tip or a revelation or two.

Actor William McInnes unveiled to the culinary world his dim sim pizza, entertainment reporter Peter Ford admitted not having a kitchen at all while international tennis correspondent Craig Gabriel revealed he has not one, but two kitchens.

A radio journalist for more than two decades, Patterson is one of Melbourne’s most recognisable newsreaders.

Better known as Patto, she is currently heard across Australia every weekday afternoon on the Air News network as well as occasional fill ins on RSN927 and Gold FM.

Patterson’s career began in Wangaratta at radio station 3NE. Since then, she has worked for Gold 104, K-Rock, Bay FM, Radio Sport National, Triple M Melbourne as breakfast newsreader for Eddie McGuire’s Hot Breakfast show and WIN Television where she was bureau chief of the network’s Bendigo office.

Patterson is also an emcee, voiceover artist and copywriter and is married to radio personality Kevin Hillier and they have a 15-year-old son.