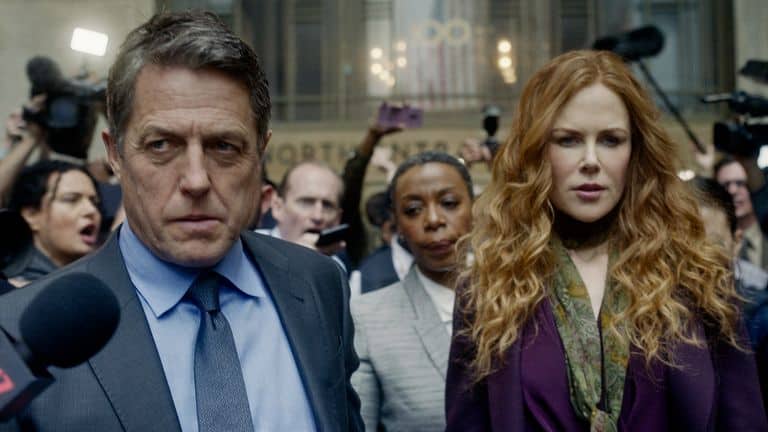 • The awards will be broadcast live and exclusive

One of Hollywood’s biggest award shows of the season, The 78th Annual Golden Globe Awards, will broadcast live and exclusively on Foxtel’s Fox Arena direct from the US on Monday, March 1 at 12.00pm AEDT, with a primetime encore at 7.30pm AEDT and On Demand.

The nominations for the 78th Golden Globes, announced overnight by Sarah Jessica Parker and Taraji P. Henson, honour excellence in television and film and include a lineup that is available now to watch On Demand on Foxtel.

Worldwide hit thriller series The Undoing (pictured) earned four nominations, including Nicole Kidman for Best Performance by an Actress in a Limited Series or Motion Picture Made for Television, Hugh Grant for Best Actor, Donald Sutherland for Best Supporting Actor, and a nod for Best Limited Television Series.

Supernatural drama series Lovecraft Country received a nod for Best Television Series (Drama) and rising star Anya Taylor-Joy was nominated for Best Actress in a Motion Picture – Musical/Comedy for the film Emma, based on the Jane Austen classic.

Hosted by incomparable comedy duo Tina Fey and Amy Poehler, this year, the Golden Globe Awards ceremony will be held virtually from both Los Angeles and New York, with Fey broadcasting live from New York’s Rainbow Room, Poehler from the Beverly Hilton in Los Angeles and nominees from various locations around the world.

In addition to the nominees announced today, the 2021 Golden Globes will honour Jane Fonda with the Cecil B. DeMille Award and Norman Lear with the Carol Burnett Award.

The 78th Annual Golden Globe Awards will be broadcast live and exclusive on Foxtel’s Fox Arena on Monday, March 1 at 12.00pm AEDT, with a primetime encore at 7.30pm AEDT on Fox Arena and On Demand on Foxtel.

E! will broadcast The 2021 Golden Globe Awards: Live from the Red Carpet special from 10.00am LIVE.