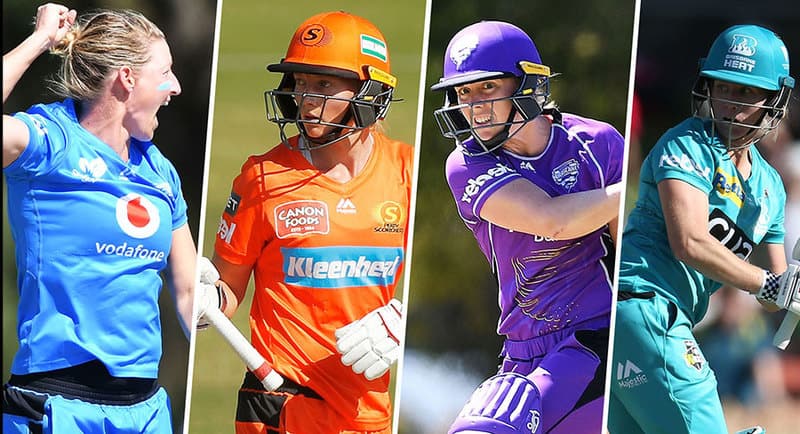 Cricket Australia has revealed more rebel Women’s Big Bash League matches will be televised this season than ever before after Foxtel committed to broadcasting 36 rebel WBBL 06 games – 13 more than last season – on Fox Cricket.

This follows the earlier confirmation that the Seven Network would expand its broadcast schedule to 24 games following the success of last season’s first ever standalone rebel WBBL.

The additional televised matches across Fox Cricket and Seven represents a 57% increase on last season’s broadcast footprint. The entire 59-game rebel WBBL|06 tournament will be streamed on Kayo Sports, with 35 matches to be streamed on the CA Live app and Cricket.com.au, giving fans additional access to the world’s best cricket league for women.

The extra televised matches to be shown on Fox Cricket only will take place at Blacktown International Sportspark on Tuesday and Wednesday afternoons and evenings at the dates and times listed below.

ABC Radio will again take their listeners to the heart of the action in rebel WBBL|06, covering a total of 49 matches this season.

Alistair Dobson, CA head of Big Bash Leagues, thanked the League’s broadcast partners for their commitment to the women’s game.

“On the back of the biggest ever season for the women’s game in 2019-20, we are delighted to welcome back many of the world’s best players to join the members of our world champion Australian side in rebel WBBL|06.

“Foxtel’s decision to simulcast an additional 12 games increases their rebel WBBL broadcast footprint by over 50% and means that, alongside host broadcaster Seven, ABC Radio, Kayo Sports and our CA Live streaming providers, the WBBL will be taken into more homes than ever before.

“Following on from Australia’s T20 World Cup victory, women’s cricket is riding a wave of popularity like we have never seen before – we are proud to increase our WBBL coverage this year by another 12 matches which is a great outcome for our subscribers. This is another example of Fox Sports commitment to women’s sport.”

“We look forward to continuing to build on the ever-growing excitement around women’s cricket and the WBBL.”