It’s been a busy year for Fox Sports’ Jessica Yates. She initially moved to Fox Sports’ primary channel from the now defunct Speed channel in 2016, to host the subscription TV channel’s motorsport coverage. However, since the move, Yates has also contributed to the channel’s Big Bash League, surfing and NRL coverage.

“It just feels like I am on this merry-go-round that keeps getting faster, faster and faster,” Yates told Mediaweek. “I try to look for the stop button every now and then just to catch my breath. I can’t believe we are nearly July.”

Yates started the year hosting several motorsport competitions and then jumped straight into contributing to the broadcaster’s coverage of the 2017 NRL season. She is currently on air on Fox Sports’ dedicated channel Fox League, co-hosting the weekly pre-game show NRL Sunday Ticket and the League Life series.

Steve Crawley, the head of sports at Fox Sports, is the person who gave Yates the opportunity to contribute to the channel’s NRL coverage.

“He came up to an event in Townsville for Supercars and that was my first meeting with him. We got talking and he asked, ‘Do you like rugby league?’ I was like, ‘Yep, I am a Sharkies fan. I’m born and bred in Cronulla.’ 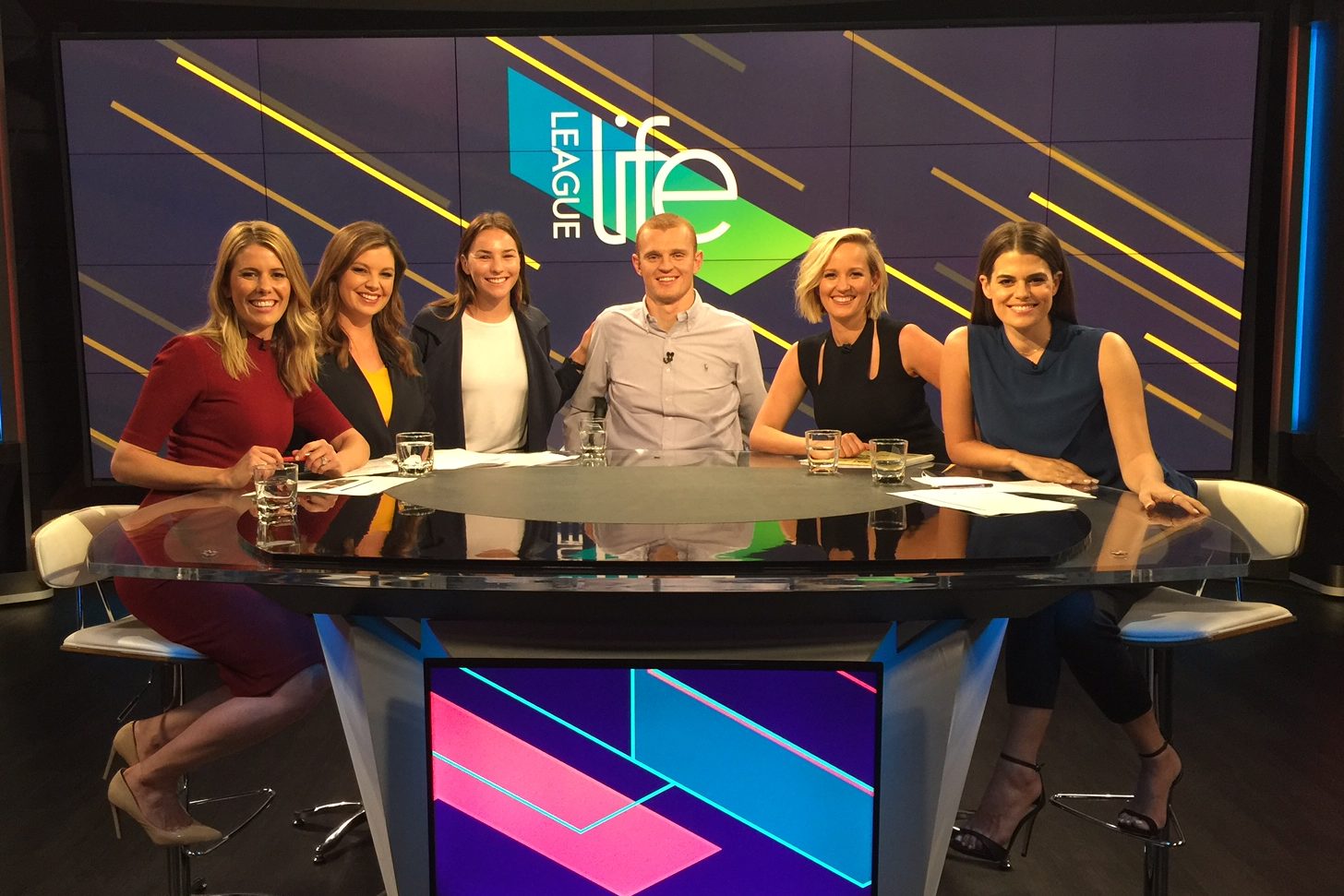 “You can’t ever complain about being busy, and I am certainly not going to. While the first six months felt busy, I have a feeling the next six months are going to feel like a rollercoaster – it’ll be good.”

That certainly will be the case. The back end of the year is when the three-part competition, the Enduro Cup, will be taking place in Sandown, Bathurst and Gold Coast. There are 900 points up for grabs throughout the three races. The season tends to have a major impact on the outcome of Supercars Championship.

Speaking about the event, Yates sounded excited. Not only is the Bathurst 1000 one of the biggest races in the motorsport calendar in Australia, but the location of the race also holds a sentimental value for Yates. It’s the town where she started her career in media while studying journalism at the Charles Sturt University.

“Bathurst particularly is so hard to predict, because anything can happen in that 1,000 kilometres. It’s the most treacherous track that we have in the championship. There are always heartbreak stories. Last year, it was Lee Holdsworth. They [Team 18] are running a single car team and are absolutely punching above their weight. They had the smallest piece of latch on the engine that broke on the sighting lap. They actually didn’t even get to go racing. It was just unlucky. It’s the last piece on the car that you would think would break…It was a two-dollar part that broke and ruined their race. That’s the sort of thing that always happens in Bathurst.”

While Yates was careful not to predict any winners for the 2017 Virgin Australia Supercars Championship, she said: “I’ve got my eyes on Scott McLaughlin. He is partnering up with Alexandre Prémat for the Enduro Cup, who is a high-profile international driver. He did a great job with Shane van Gisbergen for Red Bull [at Castrol Gold Coast 600] last year and they came out on the top of the endurance part of the season. Shane went on to win the Championship.

“Jamie Whincup and Paul Dumbrell are always really hard to beat. They have had a bit of bad luck over the last couple of seasons with little mistakes, so there is a bit of pressure on them this year to get through this period without any mistakes. I would daresay they are going to be really difficult to beat.”

Yates hosts Fox Sports’ coverage of the motorsport with the help of experts Mark Skaife and Russell Ingall, who have both been the winners of the V8 Supercar Championship Series. Yates said working with Skaife and Ingall has afforded her the opportunity to get an insider perspective of the sport and how it is changing. She said: “They’ve been involved from the grassroots up. So when you have experts like that to lean on and an opportunity to pick their brains, you really understand the nuts and bolts of the sport. It really makes it more accessible for me and the viewers.” 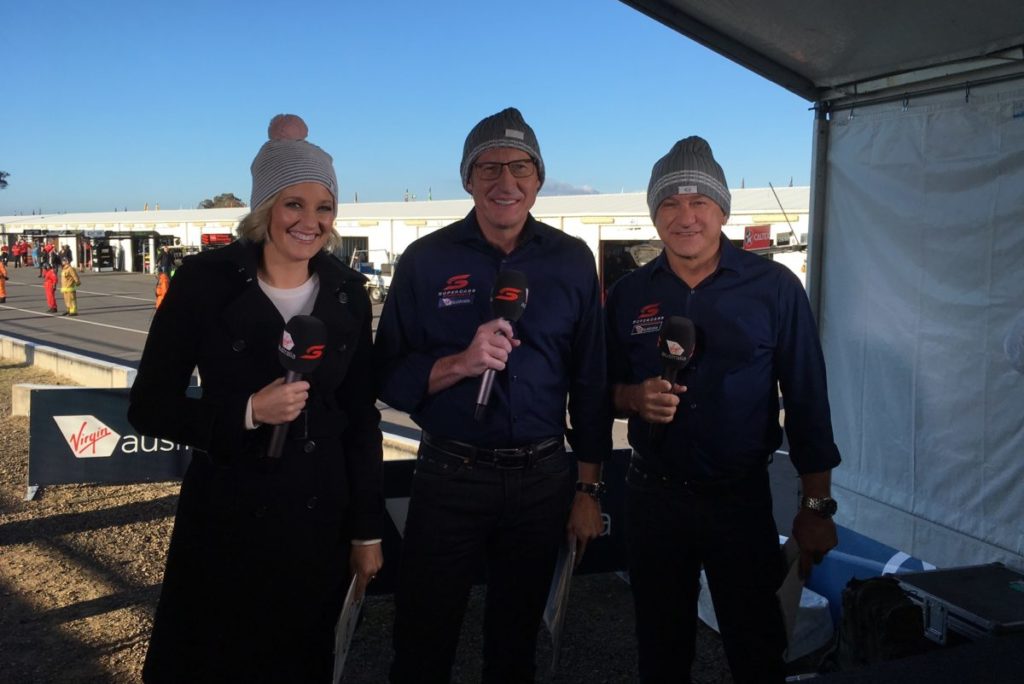 Asked about her favourite sport cover, Yates said she cannot choose one. Being a self-confessed “nerd” who loves statistics, she likes to continually challenge herself and learn new things, which is something that is going to help her in accomplishing her career goal. “My goal is to be one of the best – sorry – to be the best sports broadcaster.

“You have to know a sport intimately, there is no doubt about that, but I think if you are good sportscaster it doesn’t matter what sport you are working on,” Yates said.

In different conversations with Mediaweek, well-known NRL, AFL and cricket reporters and commentators like Caroline Wilson, Andrew Moore, Ray Hadley and Robert Craddock have spoken about the difficulties of accessing talent. Asked about the situation in motorsports, Yates said: “It is so good. We have so much access to the drivers – it is unbelievable.

“Our drivers are really media savvy. That’s because all of them have started from a really young age. It costs a lot of money to make it in motorsport, so they have had to go out and really sell themselves to get sponsorship and opportunities. By the time they get to the top tier, they all understand what it takes.

“I have to say, any NRL or AFL journo who comes and does the odd motorsport story, particularly in Bathurst – they all comment on how fantastic and easy they are to work with.” [Laughs]

“We have heaps of women involved in motorsports and always have,” Yates said, refuting a common misconception. “It’s one of the few sports where men and women compete on an equal playing field. It has been fantastic to have Simona De Silvestro compete in Supercars this year. She is the first full-time female driver in the championship. She has been turning heads.

“On the other side of it, particularly in broadcasting, there haven’t been many women in the past. But the tide has turned and I have seen that. I am excited to be a part of that wave of women coming through who have meaningful roles in broadcasting. Fox Sports has really been at the front of that.”