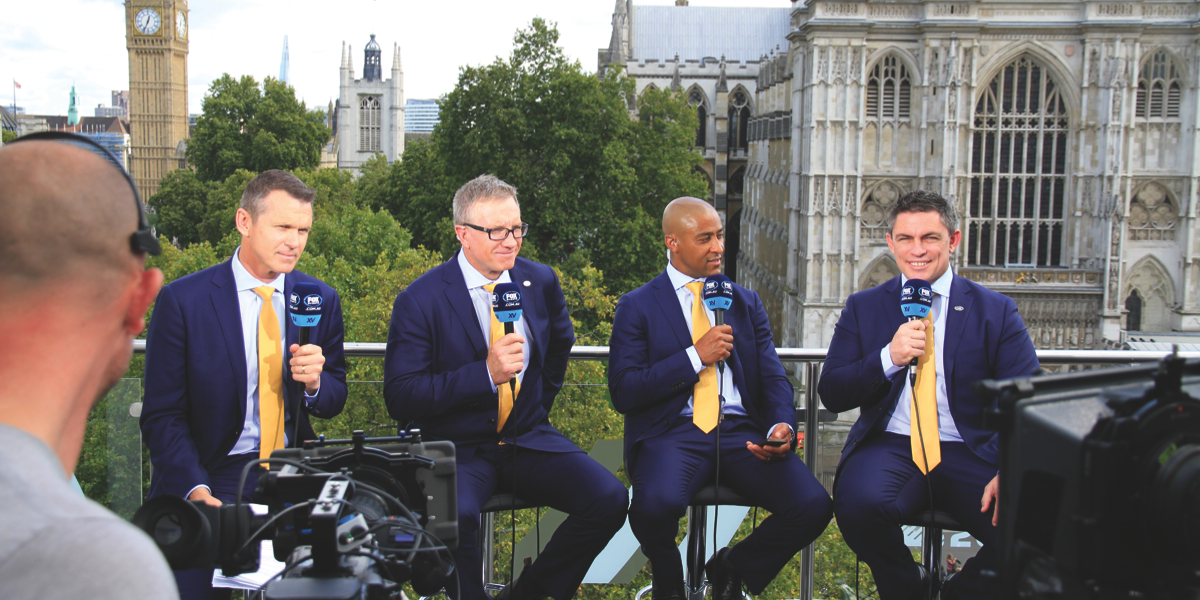 This is the second Rugby World Cup that Fox Sports has covered since CEO Patrick Delany has been at the helm. Speaking to Mediaweek in his Sydney office just before he departed for London to catch Australia’s game against England this weekend he remembered how New Zealand in 2011 was in the same time zone as Australia.

Delany admits that Australia in 2011 was perceived as a better team, but he doesn’t know if that is accurate as we fight for a place in the finals in 2015. “This time around there is a general belief we will do well, without massive expectation we will win.”

Delany said Fox Sports debated about how they would promote this World Cup – focus on just Australia or all the matches. They chose the latter. So far that has paid off with upsets like Japan beating South Africa and Wales defeating England drawing good audiences.

“We sit high up in our pool, which they call the death pool, but we haven’t played the two hardest countries yet – Wales and England. If Australia gets through the pool we have a very good chance of winning.”

Fox Sports has the Rugby World Cup on a dedicated pop-up channel which is becoming common for the broadcaster. “Regardless of whether viewers like it or not, they see value for their subscription,” explained Delany.

MCN had good response to advertising opportunities with Delany noted Landrover amongst the advertisers to sign up.

Fox Sports has chosen the Rugby World Cup to launch its multisport app. “There are millions of sports fans in this country and very few of them have just one sport they love,” said Delany. “Usually it is two or three. We think the idea of being Australian sports aggregator is the way to go.”

App users can reorder the 14 sports covered in their order of preference. Users can also get alerts according to their choices. There is even an alert when there are close games under way.

Fox Sports’ digital offering takes substantial funding. Delany said there are four pieces to that puzzle. “The first one is advertising. We have almost doubled digital ad revenue in 12 months and we expect the growth to continue. Secondly we sell monthly $5 subscriptions to our premium digital package (free to Foxtel sport package or News Corp Australia customers). Thirdly we have a role in driving Foxtel and News Corp subscriptions. Although Delany said commentary about the growth in Foxtel subscriptions should come from Foxtel CEO Richard Freudenstein, he did acknowledge that Fox Sports has been a contributor. “The Fox Sports brand has one of the highest net promoter scores of any brand in the country. In brand terms we are outperforming some of the FTA networks.”

Delany did note that subscriber churn is at an all-time low. “Customers that are coming are unbelievably happy.”

With the FTA rights locked away to Nine, Fox Sports continues to work towards a subscription TV deal, although time is on their side with the current rights deal not expiring for two years.

“Discussions continue,” said Delany. He noted it was a busy time of year for all parties. “We are preparing to launch both the NBL and The A-League in October and once those seasons are under way we will return to discussing terms [with the NRL].”