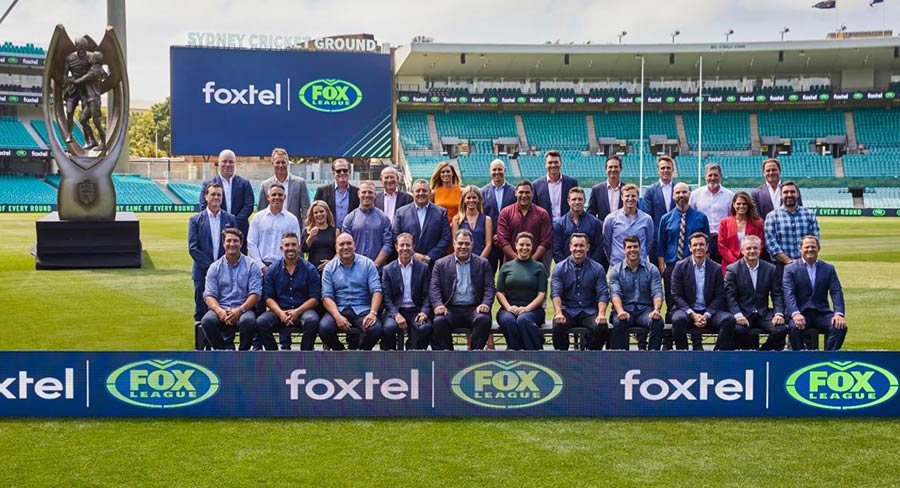 For the first time ever, fans will be able to experience rugby league in 4K Ultra HD

At a special pre-season media launch event at the SCG yesterday, Foxtel confirmed a bigger and better Fox League will remain the home to Rugby League in 2019. Several enhancements to its NRL coverage were announced in addition to providing live ad-free coverage of every 2019 game except the Grand Final.

Plus for the first time ever, fans will be able to experience rugby league in 4K Ultra HD with over 40 games to be broadcast in 4K Ultra HD throughout the season on Foxtel 4K (Channel 444).

New to the Fox League family in 2019 is two-time premiership winner Luke Lewis, who will join NRL 360 Legends Night as well as Fox League’s pre and post-game coverage.

Fox League remains committed to providing fans with the best game day experience and that only get bigger in 2019 with the introduction of Rover Cam.

The live on-field action starts every Thursday night when Yvonne Sampson and Mick Ennis combine with a bumper panel of expert to preview the opening match of the round on Thursday Night Football.

Fox League remains the only place to watch the Friday night double-header, with the 6.00pm match exclusive to Rugby League’s only dedicated channel before the 8.00pm blockbuster.

The biggest day in NRL returns in 2019 with a massive Super Saturday triple-header live and only on Fox League, plus Fox League will be the only place to watch both Sunday matches live to wrap up the weekend’s on-field action.

It all kicks-off on Monday night with Lara Pitt hosting Try Time, an hour long look at the best tries from the weekend’s action. The best mentors in the NRL join Ben Ikin and Paul Kent for NRL 360 Coaches Night every Monday night before Yvonne Sampson, Mick Ennis and James Hooper offer fans insight into the game on Big League Wrap.

James Graham returns to NRL 360 Players Night every Tuesday night in 2019 while Andrew Voss is back with, The Fan, a look at Rugby League through the historical and quirky lens of the game’s biggest fanatic. Queenslanders Only wraps up the entertainment on Tuesday nights with Hannah Hollis joined by a host of State of Origin greats including Mal Meninga, Justin Hodges, Gorden Tallis, Kevin Walters and Billy Moore.

New recruit Luke Lewis, joins NRL 360 Legends Night every Wednesday night. The award winning League Life also returns in 2019 with Sampson joined on the panel by Jessica Yates, Pitt and Hollis to deliver the biggest interviews in the game. Former premiership winner Ennis, presents The Greatest. Every Wednesday Ennis will relive the greatest games in Rugby League history with insight from the greatest players on the greatest moments that the game has provided.

The weekend starts early with The Late Show with Matty Johns following Thursday Night Football. With the kids tucked up in bed, the regular team of Johns, Gorden Tallis, Nathan Hindmarsh, Bryan Fletcher, Hannah Hollis and Paul Kent will bring plenty of laughs with a raucous mix of jokes, banter, pranks and leftfield analysis.

The laughs continue on Friday night with The Professor’s Late Hit poking fun at the game, the clubs and the players that we all love.

A ratings juggernaut in 2018, Sunday Night with Matty Johns, is back in 2019. Johns will be joined by Fletcher and Brett Finch to wrap up the round’s action with plenty of laughs along the way.

Head of Fox Sports, Peter Campbell, said: “Last year was a history making year for NRL on Fox Sports with Fox League ratings up across the board on Rugby League’s first 24 hour channel.

“Foxtel subscribers will continue to receive the best line-up of shows across the week in 2019 with in-depth analysis and insight combined with plenty of fun and entertainment, ensuring there is something for every fan.

“And it only gets bigger with Fox League expanding its comprehensive coverage of the Telstra NRL Premiership with the introduction 4K Ultra HD. In 2019 Fox League will deliver over 40 games in 4K Ultra HD on Foxtel 4K channel 444.

“4K Ultra HD will present an amazing new viewing experience for NRL fans. The picture quality and Graphics just pop like you can’t imagine. Add these amazing pictures to our World Best commentary team – and you have the NRL like never before.”

Fox Sports head of television, Steve Crawley, said: “Fox Sports is like every rugby league team at this time of year, full of bright ideas, a gifted recruit here and there and motivation everywhere, just ready and rearing to go.” 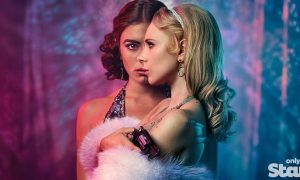