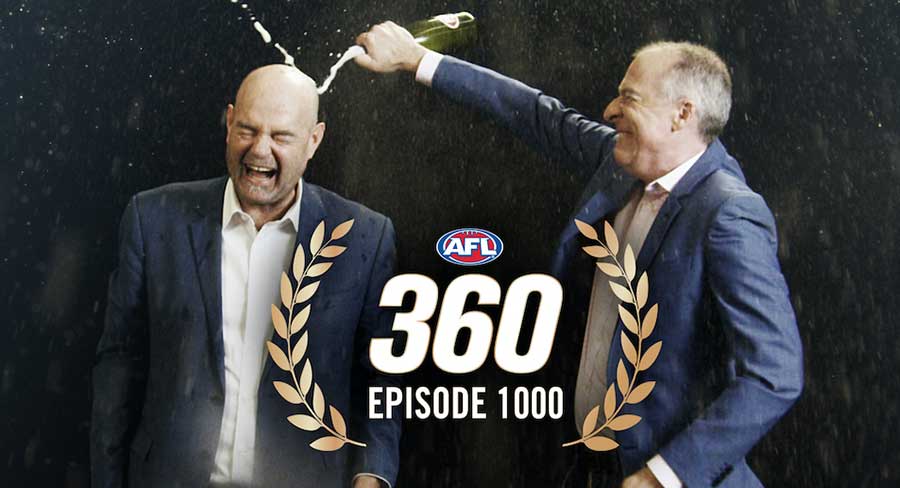 Foxtel’s Fox Footy channel is celebrating a milestone today as its juggernaut AFL 360 will broadcast its 1,000th episode, making it the longest running AFL television show in Australian history.

The institution hosted by prominent odd couple Gerard Whateley and Mark “Robbo” Robinson will celebrate with a 90-minute special on the eve of the final home and away round of the unusual 2020 season.

Having spent 1000 episodes, 60,000 minutes, 3,600,000 million seconds on-air together since episode one in 2010, Gerard and Robbo will look back at some of their most significant and most fun moments and favourite guests of the past 10 years. 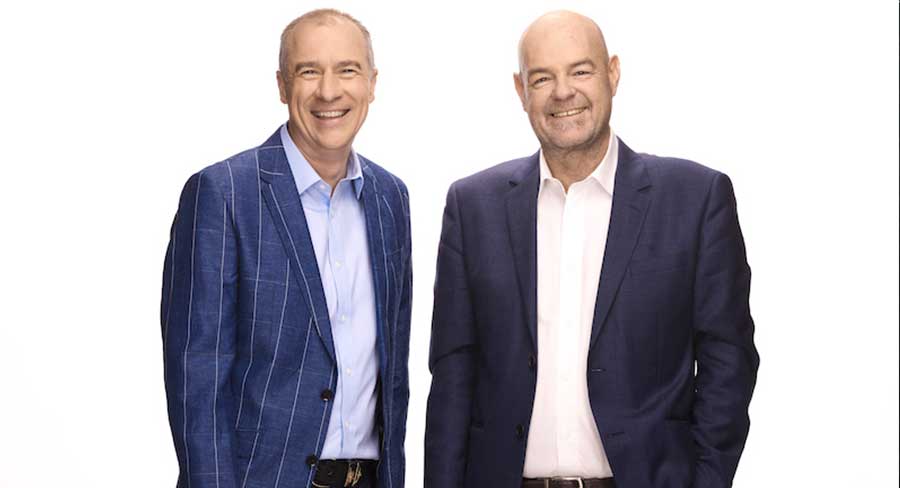 Long-serving AFL 360 executive producer Tim Hodges reminded Mediaweek how the show started initially once a week on Wednesdays on Fox Sports before Foxtel secured the football rights. When Fox Footy secured the rights in 2012 the show moved to four nights a week on the Fox Footy channel.

Hodges was hired as EP from Network 10 after it lost the AFL rights.

“We were told it might take a while to build an audience for a nightly show, but by the end of the first year the audience had doubled every night of the week from what it used to do as a weekly program. Fans are passionate about the show now and they love Gerrard and Robbo.”

Hodges was part of the team at 10 that won a TV Week Logie for Best Sports Coverage for 10’s final AFL match – the AFL Grand Final. Memorable also for Meatloaf’s performance that year! A cavalcade of sports stars have appeared on AFL 360 over the years.

“The most significant shows have been high-rating episodes when we covered major events like the tragic death of Danny Frawley, Phil Wash and others, the sackings of various coaches and also when we pay tribute to people when they retire which we will be doing this week.”

The hosts have great relationships with everybody in the AFL. A couple of notable exceptions over the years have been former coach Ross Lyon who just doesn’t get on with Whateley, and Collingwood coach Nathan Buckley who has had a prickly relationship with Robinson over the years.

Hodges revealed that the production team start work each day around 10am. They speak to Gerrard and Robbo during the day and Whateley is first to arrive late afternoon after finishing his radio commitments. “Robbo is always last to arrive as he needs to file his copy at the Herald Sun before he gets here. It’s not unusual for me to be on the phone to him after 7pm wondering what time he will show. There have been days where he walks in at 7.28pm and we scramble to change his shirt and put on some makeup.”

AFL CEO Gillon McLachlan will also be part of the coverage festivities live from the hub in Queensland.

Western Bulldogs legend and AFL 360 regular, Bob Murphy, will present the all-time Top 5 Rascals of the Week, a regular segment that celebrates the cheeky side of the game.

The evening show that dissects footy from all angles, is also the longest running magazine show on Fox Sports on Foxtel.

AFL 360’s 1000th episode will go to air this Wednesday, September 16 at 7.30pm. It is also available on Kayo and Foxtel on demand platforms.