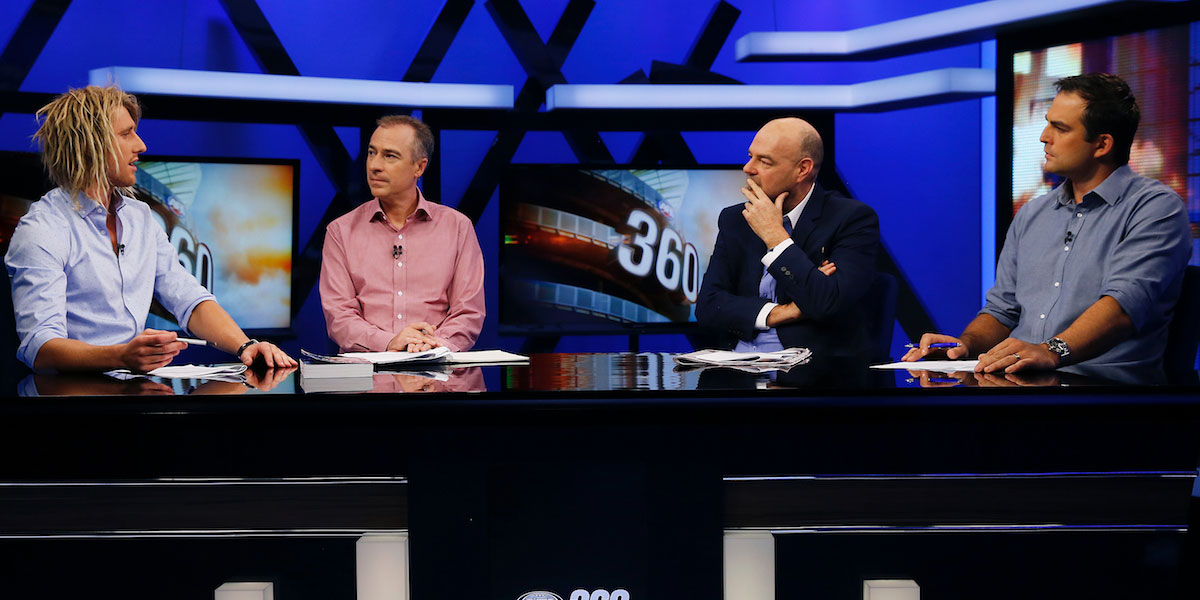 Fox Footy channel is promising to bring AFL fans closer to the action this September with the most comprehensive coverage on and off the field.

It all kicks off with the Virgin Australia AFL All Australian Awards on Thursday 1 September, hosted by Sandy Roberts, with Gerard Whateley and Mark Robinson presenting a special edition of AFL 360 from 7.30pm with guests live from the Melbourne Convention and Exhibition Centre.

Following AFL 360 at 8.30pm, Fox Footy will reveal the All Australian lineup exclusively live with Jonathan Brown, Jason Dunstall and the entire All Australian selection panel unveiling their ultimate side of 2016.

Fox Footy’s Best of the Best Weekend starts Saturday 3 September at 10.30am featuring each team’s best win of the season, as voted by fans on Fox Footy.com.au, hosted by Johnson and Sarah Jones (continues Sunday).

Saturday 3 September at 7.30pm is a special hour of the highs and lows of the season in Fox Footy’s Top 100 Moments of 2016 hosted by Brown and Neroli Meadows. 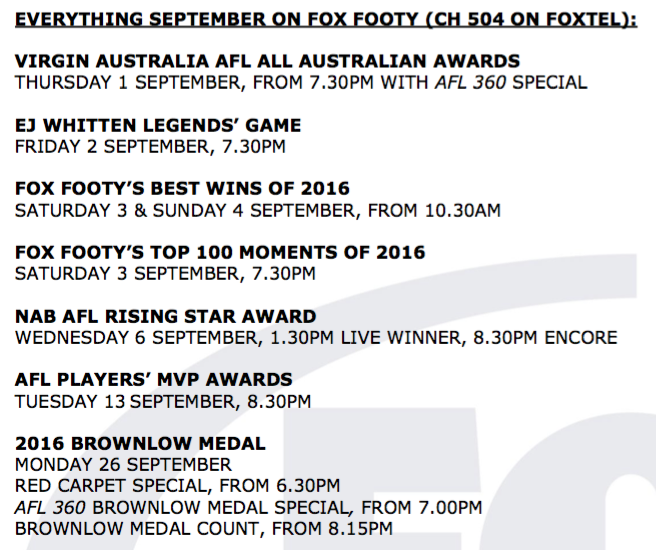