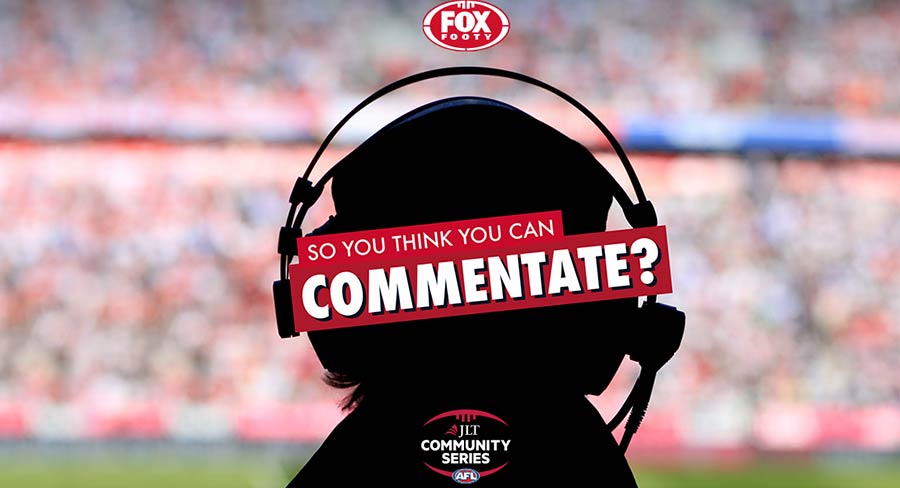 • How to enter the “So You Think You Can Commentate” competition

Fox Footy is taking fans on the ultimate tour of Australia this month, when the team travels far and wide to deliver the AFL 2019 JLT Community Series to the lounge rooms of viewers.

Beginning this Thursday night when Carlton takes on Essendon at Ikon Park, right through to the final game on Monday 11th March, Fox Footy will have all the action live and exclusive on channel 504, Foxtel.

To celebrate the return of the 18 clubs to our television screens, Fox Footy is also on the hunt for Australia’s next best commentator, introducing the “So You Think You Can Commentate” competition.

Fans are encouraged to upload a short video of themselves (at foxsports.com.au/afl/commentate) commentating any AFL/AFLW game, to win their chance to call the Geelong v Essendon match at GMHBA Stadium on 7th March alongside Underwood, Russell, Roos, Johnson and Mooney.

AFL 360 with Gerard Whateley and Mark Robinson will return on Monday 11th March, following the final clash between Collingwood and Carlton in Morwell. Uncovered – The Coaches, an 18 part 30-minute special series featuring each AFL club coach will debut that evening at 8.30pm. Fans will view rare insight in to the personalities and lives of coaches outside of the game.