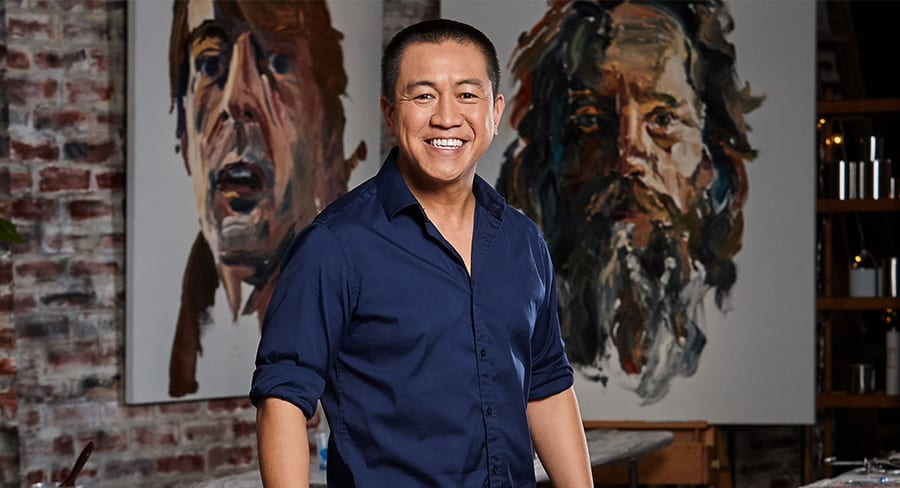 Bringing his brushes and banter, comedian, author, and Archibald Finalist Anh Do is heading back to the ABC.  Season six of the Logie-nominated series Anh’s Brush with Fame premieres on Tuesday March 30 at 8.00pm on ABC and ABC iview.

Over the 14 episodes, Anh paints some of Australia’s most famous faces, capturing their personalities on the canvas. Anh delves behind the public profile of his subjects as he learns about the inspirational, heart-warming, and occasionally deeply emotional stories that have shaped their lives.

“I can’t wait for this series to air with a great line-up of fantastic guests,” says Do.

Many of Anh’s subjects have made Australia their home and share their diverse and insightful experiences.  Former Bond Girl and Dr Quinn Medicine Woman, Jane Seymour, opens up about her life and career. Tara Moss is a Canadian born, best-selling author, Li Cunxin a ballet dancer originally from China, Manu Feildel French chef and television presenter, and from the world of music Marcia Hines, Kamahl, and Guy Sebastian all share their stories of coming to Australia.