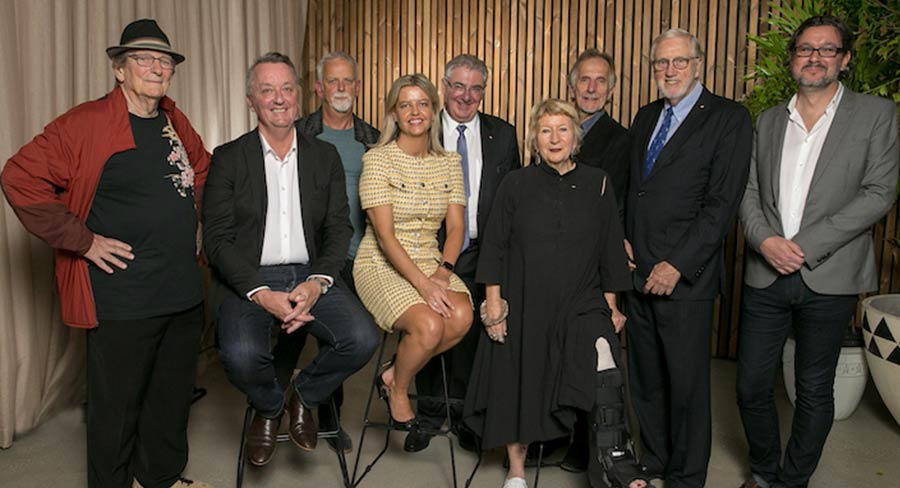 • Andrew Knight was recognised with the 2019 Jan Sardi Award

Emerging and established creatives from across Victoria’s screen industry came together at Film Victoria’s annual screen awards to celebrate the success, impact and achievements of four preeminent Victorian screen practitioners.

Film Victoria has summarised the talent celebrated this week:

Andrew Knight was recognised with the 2019 Jan Sardi Award for his significant achievements as a screenwriter.

One of Australia’s most prolific and successful creators, screenwriters and producers, Andrew has penned some of the nation’s most loved productions, from ground-breaking comedies Fast Forward and Full Frontal, to iconic dramas SeaChange and Jack Irish, and award-winning feature films The Water Diviner and Ali’s Wedding.

Andrew also co-wrote the critically-acclaimed Hacksaw Ridge, for which he received a BAFTA nomination for Best Adapted Screenplay in 2017.

The 2019 Fred Schepisi Award for significant achievement in directing was awarded to director Daina Reid.

Daina commenced her career in television as a comedy writer and actor, but her love for working with performers behind the camera has seen her amass a huge body of work on Australian TV, including Blue Heelers,The Secret Life of Us, Rush, Miss Fisher’s Murder Mysteries, Offspring,Paper Giants, Howzat! Kerry Packer’s War,Never Tear Us Apart: The Untold Story of INXS, The Secret Riverand Sunshine and feature film I Love You Too.

Daina recently became the second Australian female director to direct the Emmy-Award winning US drama The Handmaid’s Tale, for which she received a nomination for Outstanding Directorial Achievement from the Directors Guild of America.

The 2019 John Howie Award for outstanding leadership, achievement and service to the screen industry was presented to games advocate Antony (Tony) Reed.

A 27-year veteran of the digital games industry, Tony has been instrumental in transforming the sector in Australia and raising the profile of the local industry on the global stage.

In the decade that Tony was CEO of the Game Developers’ Association of Australia, he reimagined Games Connect Asia Pacific, the highly regarded industry conference and anchor event for Melbourne International Games Week. He also championed the formation of The Arcade, a collaborative co-working space for game developers, which is home to more than 150 developers across 40 companies.

Tony is now part of the team spearheading the establishment of the Australian headquarters of global games powerhouse Epic Games (Infinity Blade, Fortnite) in Melbourne.

Under Claire’s leadership, MIFF added a thriving industry arm to its offering in support of local filmmakers, which includes film financing market MIFF 37° South and the MIFF Premiere Fund, which has provided co-financing to some 70 films including Balibo, Bran Nue Dae, Paper Planes and The Coming Back Out Ball.

Claire is also an internationally renowned script advisor and editor who works with screenwriters, agencies and festivals all over the world. She has leant her incredible talents to dozens of feature films including Australia’s Candy and Rabbit Proof Fence, New Zealand’s In My Father’s Den, Palestine’s Wajib, Irish/Cuban production Viva, and the UK’s The Theory of Everything.

Film Victoria CEO Caroline Pitcher said: “We’re thrilled to honour Claire Dobbin, Andrew Knight, Daina Reid and Tony Reed for their incredible contributions to the Victorian screen industry. Together they demonstrate the breadth of talent we have in Victoria, and we know their continued creativity and leadership will help keep our industry thriving well into the future.”