From hosting radio shows and weather presenting on TV, to making guest appearances on some of Australia’s biggest shows like Dancing with the Stars, it appears Fiona (Fifi) Box has done it all. However, her colourful career isn’t the only part of Box that makes her highly entertaining. The radio star shared with Mediaweek her tough travels in Japan this year, what it’s like working alongside co-hosts Fev and Byron, and just a few of the craziest questions they’ve asked their listeners on-air.

Fox breakfast is the traditional owner of the #1 FM ranking in the Melbourne market, but just last survey it lost top spot to Gold 104.3. The final survey results of the year might see it back as #1 FM. Find out here on December 17.

The reason Box wanted to get into radio was to actually do Fox breakfast. “I grew up in Melbourne listening to Grubby and Dee Dee and Tracy and Matt; breakfast radio was my trip to school. I always wanted to do the Fox Breakfast show, so it’s literally a dream come true.”

When asked where she thought she’d be now 10 years ago, Box said she seriously thought she’d be at Fox doing the breakfast show. “It was my dream job, and it was sort of where I was aiming; and also because Melbourne is my home. On a more personal level, to have my two girls and be a mum. What I wanted 10 years ago career-wise and personally-wise is happening right now, which is just incredible.” 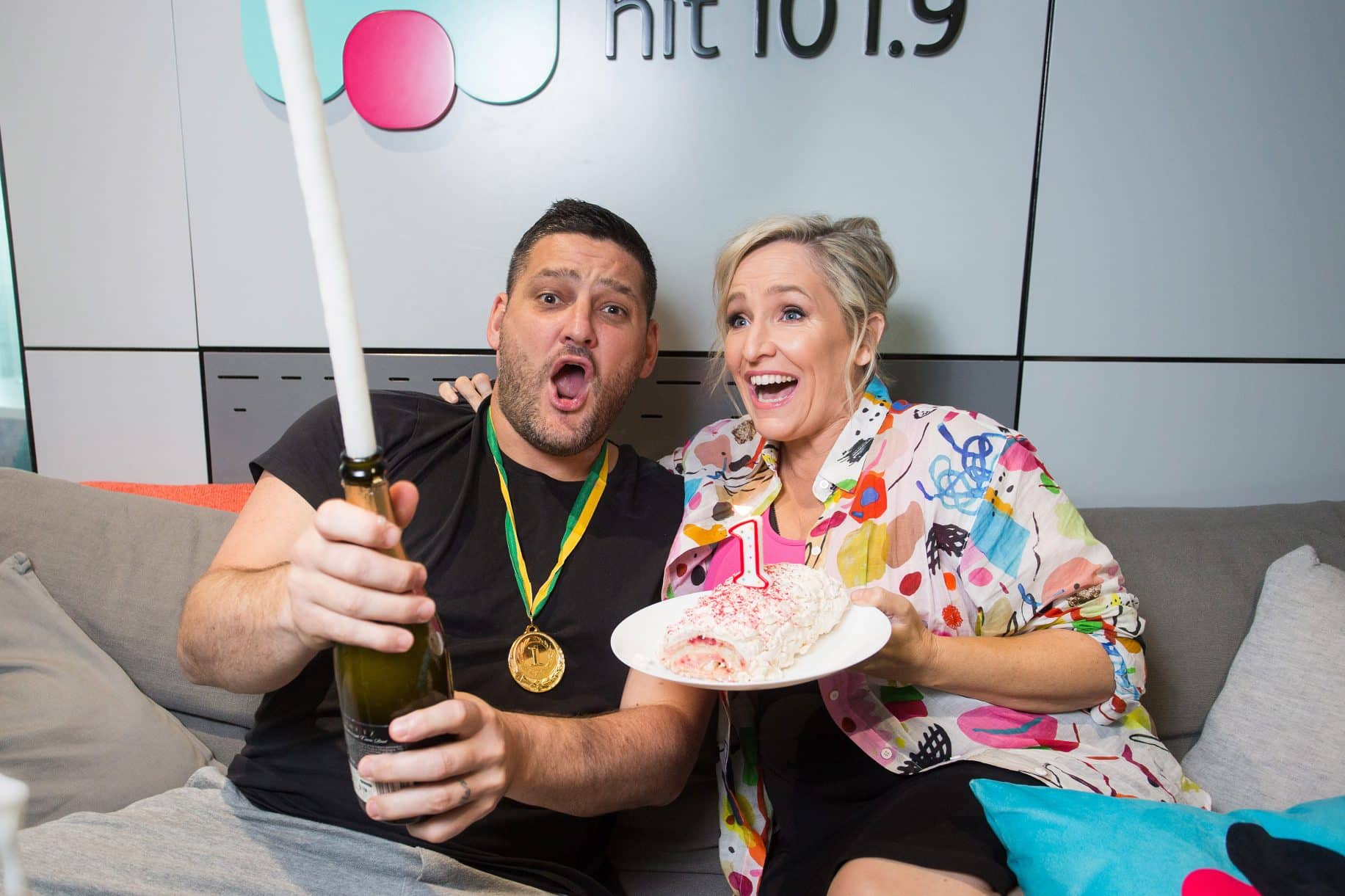 Box said she couldn’t be more blessed working alongside Fev and Byron, and said it’s like working with two best friends. “The last year has been one of the best years of my life having my second daughter (Daisy), although I went through a difficult pregnancy – I had a condition called hyperemesis gravidarum – and Fev and Byron truly supported me and they were like a light at the end of the tunnel. We’re best mates, we laugh so much. Chemistry is hard to fabricate, it’s either there or it’s not; and we most definitely have it and I love it.”

The Fox breakfast radio team, Fifi, Fev & Byron, went to Japan recently for their Tradieokeyo segment, and Fifi said she hadn’t factored in that she had a four-month-old and a six-year-old (Trixie). “In Tokyo, with the time difference, we were doing breakfast radio at 4am, so I was getting up at 3:30am.

“Throughout the day when we were getting content for the radio show, I was dragging my four-month-old through the Tokyo subway – which I hadn’t realised was like the New York subway on steroids. It’s nuts! I had Daisy strapped to me, Trixie on my other hand; it was a new mum’s worst nightmare. With a screaming baby that I couldn’t stop and whilst knowing I was half an hour away from being out of that subway – I just gave up. I was literally standing there saying ‘I give up!’.”

Another horror story from the Japan trip was the time Box got lost. Fifi was told they were all meeting at Shinjuku, which is a special ward in Tokyo. “I was told to stand at the Shinjuku crossing and the rest of the team would meet me there, so I dragged the baby along and was on my way. I had been given the wrong information, and we were meeting at the Shibuya crossing. It was the wrong place and the wrong part of Tokyo. 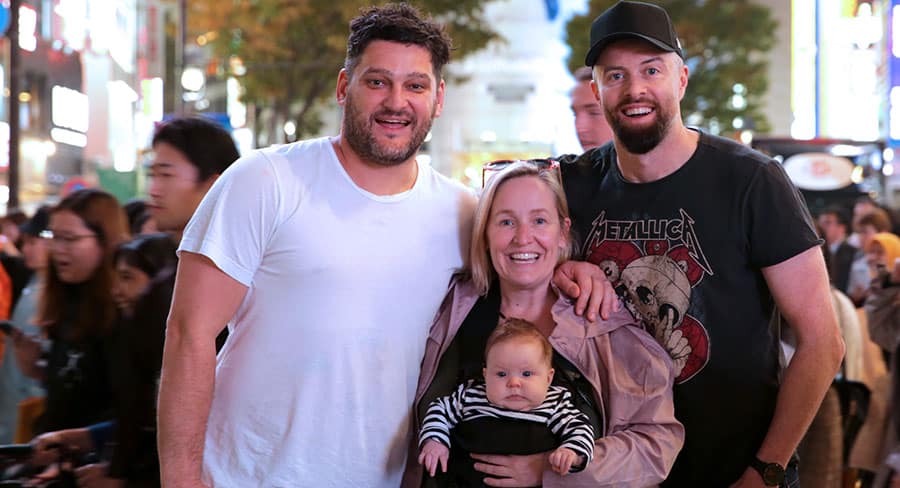 “During peak-hour, I had to somehow get from Shinjuku to Shibuya, and I was meeting them at 3pm and it was three hours later that I still couldn’t find them, so I just went home. It was an actual nightmare. It was the first day of Japan, so it all started on the wrong foot. It’s funny because I thought I could sort of show mums out there they can conquer all as a travelling mum with a baby strapped to me and another on my arm, but for the last three days of the trip I didn’t leave the hotel,” laughed Box.

Fifi, Fev & Byron receive some incredible – and hilarious – stories from their listeners. Just recently, the breakfast show asked the question ‘have you been a spy?’, and they had two women call who were actual spies for the government. “We used the voice disguiser, obviously,” said Box. “Often on radio shows, we’re hoping to get lots of calls, but we often ask questions where we know we won’t get a call and we’d be happy if we even get one.

“In this segment, even a few months ago, we asked a question ‘have you died?’ and you’d think that’s a question you can’t ask on the radio, but believe it or not we got callers. People had died and come back to life, and they wanted to share their stories. Breakfast radio can be a grind doing it every day but we try to keep it interesting and we can be a bit crazy with our questions and topics.”