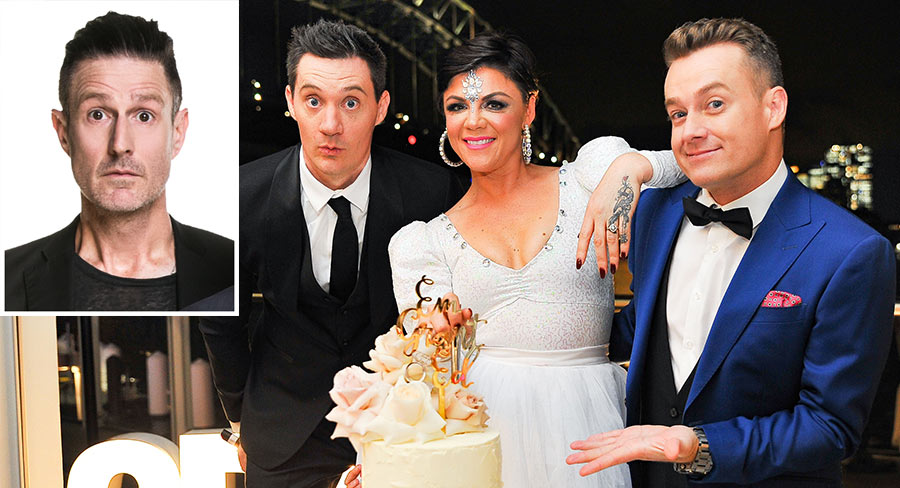 The latest in-house angst is linked to Em Rusciano’s podcast with Wil Anderson.

After Sydney audiences have been offered seven different incarnations of the 2Day FM breakfast show over the past four years, the current lineup seems ready to implode as the station borders on its latest crisis.

Despite the program beaming into Sydney from Melbourne most mornings, the show seemed to be steadying with a bigger share last survey, which was followed by what looked like team unity at a Sydney listener event last week. Although Grant Denyer did make that event, albeit late after filming commitments, he wasn’t well and didn’t make the show the following morning with all announcers to be in the one studio in Sydney.

The latest in-house angst is linked to Em Rusciano‘s podcast with Wil Anderson where she talks frankly about being thrown on-air with her new colleagues and she also unloads on Sydney media.

The Daily Telegraph’s Kris Crane reported this morning that staff at SCA are refusing to work with Rusciano while co-host Ed Kavalee reportedly did not talk to her off-air on Tuesday. After giving Sydney media a serve last week, The Daily Telegraph today tells Em Rusciano that only 3% of its readers want her and her colleagues to continue on the 2Day breakfast show.

The Wednesday morning show started with only Kavalee on air – he said Em and Grant were out making a waffle. He said that a special guest on the Wednesday show would be Wil Anderson. The trio were on-air together by the first break.

Anderson appeared in the first hour of the show, before he was due on-air at Triple M Melbourne’s Hot Breakfast. There was no mention of his podcast with Em with the interview plugging the next episode of Gruen.