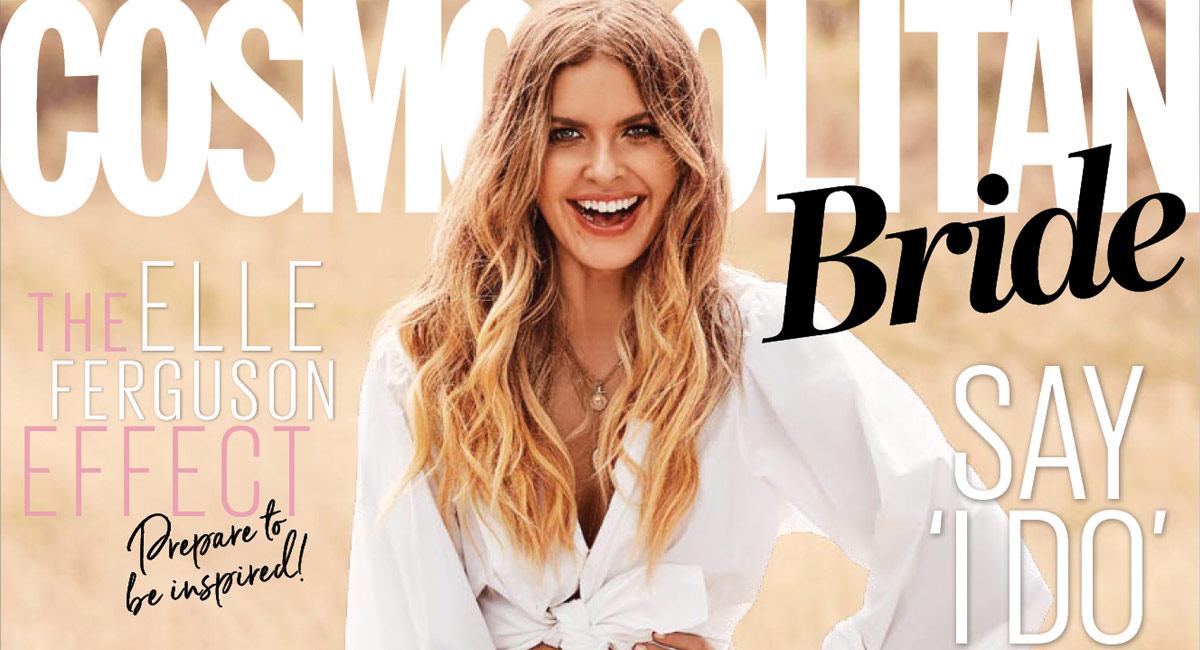 The April 2018 issue of Cosmopolitan Bride is the annual Real Wedding Special Issue. In an exclusive coup, newly engaged Ferguson chose Cosmopolitan Bride for her first bridal fashion shoot. In the issue, now on sale, Ferguson models gowns from Australian brands including Karen Willis Holmes, Paolo Sebastian, and Chosen by One Day Bridal.

As one of Australia’s most in-demand influencers, Ferguson’s engagement to Joel Patfull in December did not go unnoticed by fashion and beauty media or her 630,000 plus Instagram followers.

“As soon as we heard she was engaged we just knew she would make the perfect Cosmo Bride bride,” said editor Alexis Teasdale. “Not only does Elle shine in all of the gorgeous gowns, but we got the lowdown about her romantic proposal and the incredible engagement ring that her sister Lucie from BabyAnything designed. Both her fiancé Joel and sister appear in the fashion shoot, making it a true family affair!”

Ferguson has a long history with the Cosmo brand, taking out the Cosmopolitan Women Of The Year Social Media Star of the Year award in 2017.

“Shooting my cover for Cosmo Bride was an absolute dream,” said Ferguson. “I got to shoot with my sister and my soon-to-be husband Joel, and to top it off, I’m a Cosmo Bride! I’ve been buying the magazine for so long and now I hope to give inspiration to other brides-to-be. To say I’m grateful is an understatement because I’ll have these pictures for the rest of my life. The shoot will always hold a very special place in my heart.”