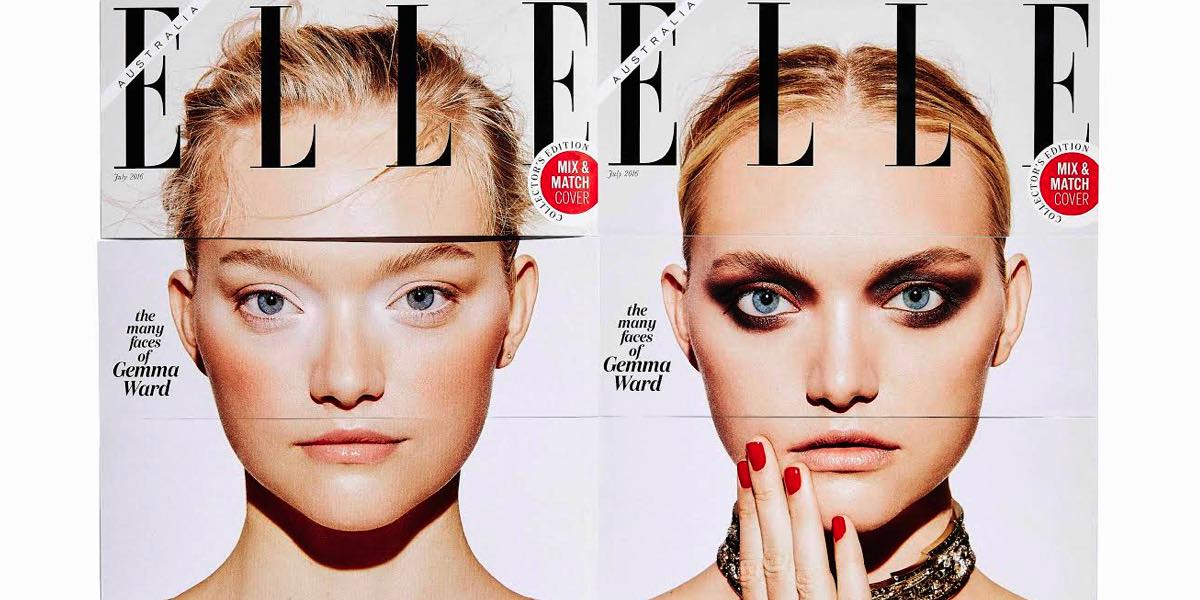 The July issue of Elle features a mix-and-match cover consisting of five on-trend beauty looks split to enable each reader to create a possible 35 different combinations. Ward, arguably the most recognisable fashion face and one of Australia’s biggest modelling exports, is unmistakable despite the transformations.

Elle Australia editor-in-chief Justine Cullen said: “Since launching almost three years ago, Elle Australia has always sought to innovate. Traditionally, a magazine’s cover has been sacred ground, but I loved the idea of pushing the boundaries to get our audience to engage with the cover beyond the cover lines.”

The July issue of Elle Australia with the cover line “The many faces of Gemma Ward” went on sale Monday 27 June.