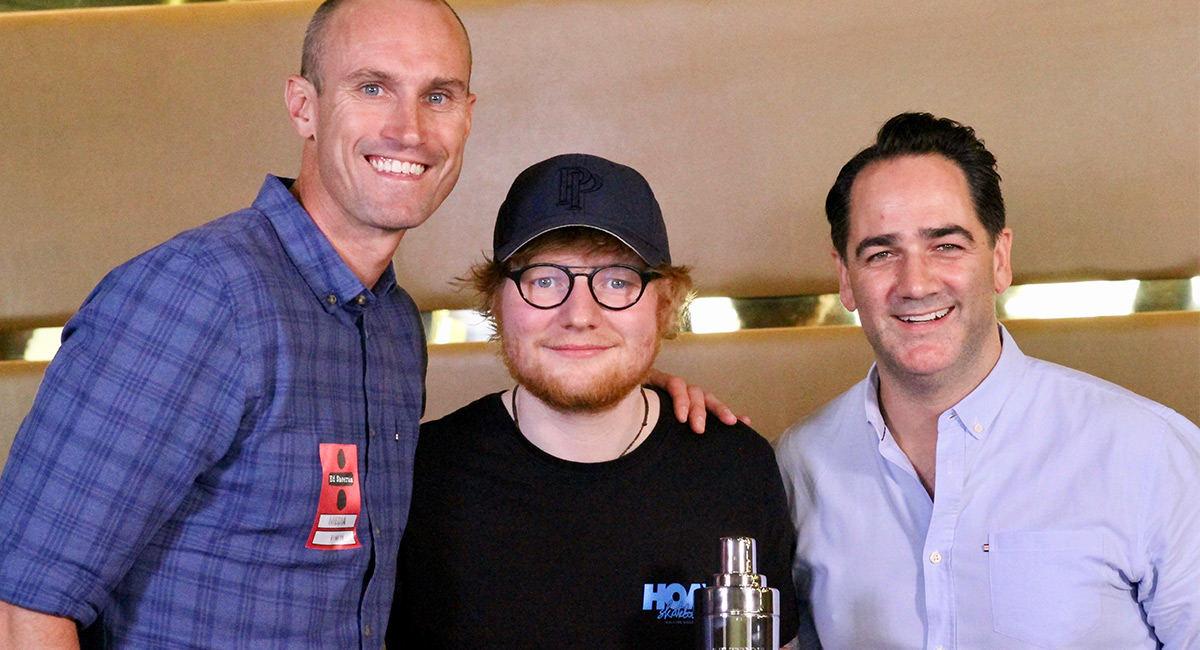 Fitzy and Wippa gifted Ed a classy engagement gift (with the help of Russell Crowe).

Nova announcers have gathered in Perth for the first Australian stop on Ed Sheeran’s Divide World Tour. Sydney’s Fitzy and Wippa, Perth’s Nathan, Nat and Shaun and national evening host Smallzy were among the hosts to get time with Sheeran yesterday.

Fitzy and Wippa chatted to Ed about having his own toilet at Optus Stadium, they gifted Ed a classy engagement gift (with the help of Russell Crowe), discovered he doesn’t want a bucks night and revealed Ed’s most prized treasure is signed by Bill Clinton!

Ed told Nova Perth’s breakfast team Nathan, Nat and Shaun that he wrote the song “One” last time he was in Perth. Meanwhile, The West Australian’s Jay Hanna reports Frontier Touring boss Michael Gudinski unveiled a commemorative ice sculpture at the stadium as he told the media Sheeran had smashed the previous record of 950,000 tickets held by Dire Straits since 1986.