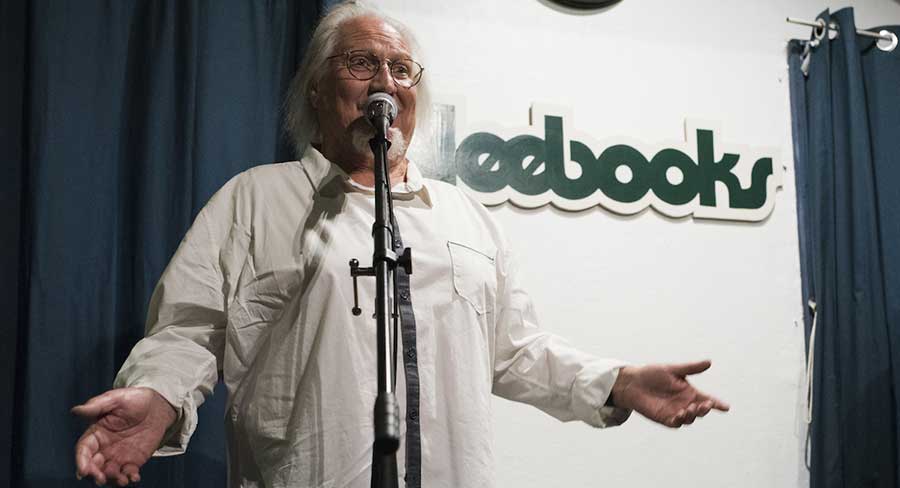 • Elsewhere at the station, Rob Duckworth was back hosting the lunchbreak on the birthday.

Moonman in the Morning’s Chris Page this morning introduced one of the legends of Sydney’s Triple M during the program: “It would be a massive understatement to say we are excited to introduce the man we have on the phone right now.”

Lawrence Mooney and Jess then welcomed Doug Mulray back to the airwaves as the station celebrated its 40th birthday with a special program. “He was the reason many people were late for work as they stayed in their cars to listen to what he had to say,” said Moonman.

“Hello, it’s me, live, barely alive, coming to you from the Gladys Moncrief home for terminally bewildered old announcers in the beautiful Blue Mountains,” said Mulray. Moonman started asking Mulray about the day he had a tiger in the studio. “The tiger was rolling in its own poo as it was agitated being in the lift. It left a stench you couldn’t get out even after cleaning the carpet five or six times. In the end we ripped all the carpet out and replaced it.”

Mulray then talked about he and his colleague Warwick the barking traffic girl (later Wazza the traffic dog) welcomed a time and motion specialist brought into Triple M by then general manager Graham Smith.

“I kind of resent you referring me and Warwick as a team, he was a loathsome creature with personal hygiene off the scale! But we still gave him things at Christmas…drugs usually.”

Mulray said the incident happened when founder Rod Muir was no longer the owner, with a bank taking over. Mulray took their visitor on a tour of the station, deciding at one stage to handcuff him to a fire hose, then the breakfast team left him there when they went to breakfast. “After he was let go we never saw him again and we never heard about time and motion while the bank had sway.”

Elsewhere at the station, Rob Duckworth was back hosting the lunchbreak on the birthday.