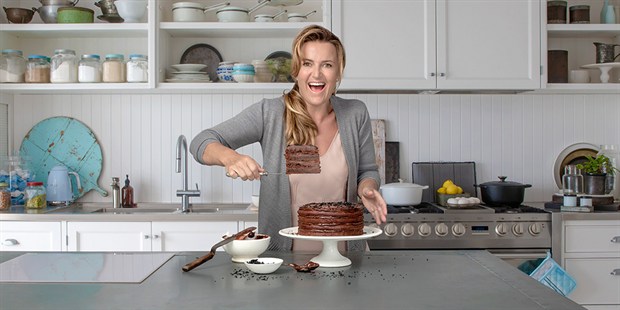 Donna Hay is returning to Foxtel with a fresh new series Donna Hay: Basics to Brilliance

Donna Hay is one of the world’s leading food creatives and her new 8 x 30 minute series shows viewers how to master a repertoire of simple recipes – and transform them into something brilliant.

“I truly believe, just like anything you want to be good at, that mastering the basics is how you build confidence in the kitchen. In this series I share all my tried and true foundations – think the perfect tender steak, golden roasted chicken, crispy pork belly and my Nan’s sponge cake. Each is followed by clever variations and simple flavour change-ups, so one recipe becomes many,” said Hay.

The series also takes a look at Hay’s life outside the kitchen, sharing an insider’s view into her world of photo shoots for her books and magazines, her favourite pastimes like paddle-boarding on Sydney Harbour, and life as a busy mum of two boys – it’s a unique insight into her ethos about food and everything in between.

In episode one, Hay shows how to master the perfect pork belly, which can then be used to create pork pancakes with pickled vegetables and hoisin sauce, as well as a pork belly rice bowl with bok choy and chilli. Hay also shares her recipe for a light and crispy tempura batter you can use for prawns and vegetables, and finishes up with her ultimate chewy chocolate chip cookie recipe, which forms the base for her decadent marshmallow and chocolate s’mores and sensational cookies and cream popsicles.

Since launching the magazine in 2001, Hay has released 24 cookbooks, which have sold over six million copies worldwide and been translated into nine languages, setting the benchmark for food publishing worldwide and inspiring a whole new generation of cooks.

She has also been named as one of the Magnificent Seven cookbook authors at the international Gourmand Awards.

The Donna Hay magazine app for iPad and Android is the number-one selling digital magazine in Australia.

Donna Hay: Basics to Brilliance is produced by Lune Media and is exclusive to Foxtel’s LifeStyle Food channel.