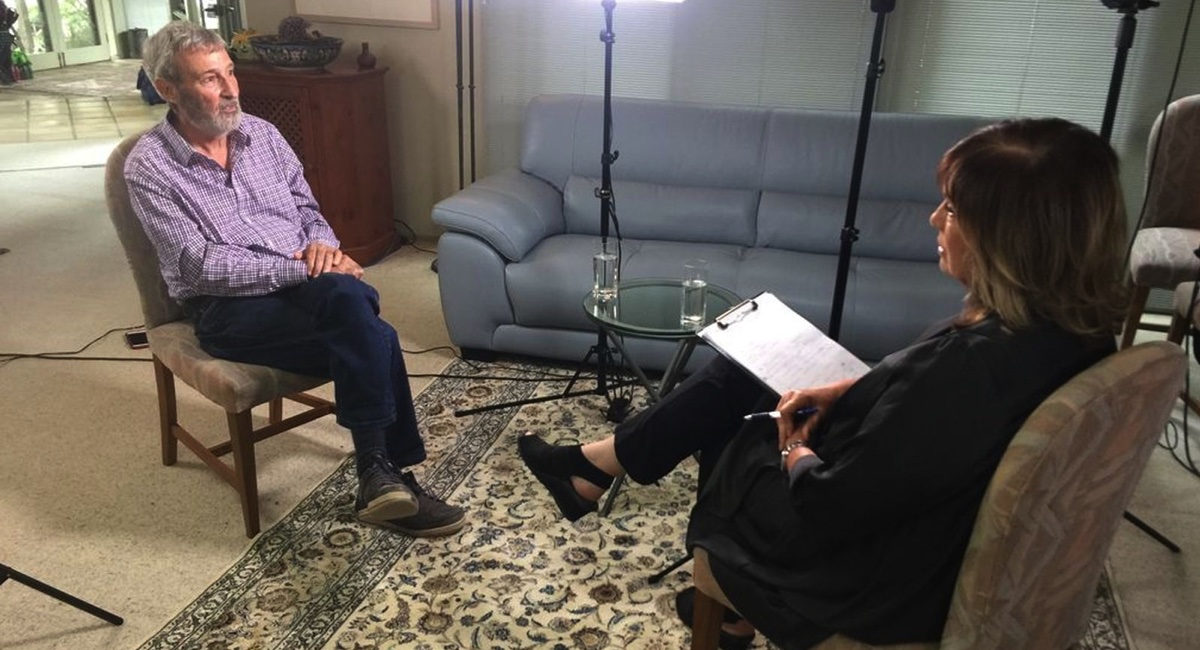 The ACA interview: “I am not innocent..a lot of things I am ashamed of”

Don Burke‘s only TV interview last night saw TV host apologise at the start of his interview with Tracy Grimshaw on A Current Affair.

He admitted that at times he wasn’t a very nice person.

Burke denied many of the bullying allegations made by staff recounted in the Fairfax Media and ABC investigation.

“Why would all these women make this up, Don?” asked Grimshaw.

His explanation was that stories can get blown up on social media.

“I do have a ribald sense of humour,” admitted Burke. “There is a witch hunt on,” he later added.

“There were no people ever paid off by us…or Channel Nine.

“I am not innocent, I have done a lot of things I am ashamed of.”

7.30 last night screened interviews with some of the former Burke’s Backyard employees who made the allegations.

Louise Langdon was interviewed at her home in the US about her time spent working for Burke’s Backyard. She claimed Burke had a video of a woman having sex with a donkey, a video that Burke denied owning earlier on A Current Affair.

Langdon also claimed that Burke indecently assaulted her, trying to take her bra off and then remove her top.

Reactions to the Burke interview and what might come next include:

Dana McCauley in The Australian: Legal experts say the Nine Network is exposed to a potential class ­action by Burke’s accusers, after a string of ex-staffers – and two former chief executives – painted a picture of a predator given free rein to terrorise women.

Fairfax Media’s Miriam Webber: Celebrity gardener Don Burke has admitted to behaving like a bully, but denied allegations he was a sexual predator in a bizarre interview on A Current Affair in which he also attempted to link his behaviour with self-diagnosed Asperger’s syndrome.

Fairfax Media’s Jennifer Duke and Patrick Begley: Companies including the TV network that helped make his name have ruled out working with Don Burke. The agency Celebrity Speakers took down its online profile for Burke on Monday. A swath of partner and client companies listed on the Burke’s Backyard CTC Productions website have distanced themselves from the former TV gardener, including RAMS, Foxtel and Unilever.

Olympic swimmer Susie O’Neill “flabbergasted” at Don Burke comments: “It was crude and it was belittling”, reports Fairfax Media’s Kate McClymont about an allegation of inappropriate behaviour in 2000.

News Corp’s Holly Byrnes: Don Burke allegations – Nine’s ghost back to haunt them. The Media, Entertainment and Arts Alliance also issued a statement on its Facebook page, questioning the culpability of Nine management and asking the question: “if this was so well-known, why did Channel 9 allow it to go on?”