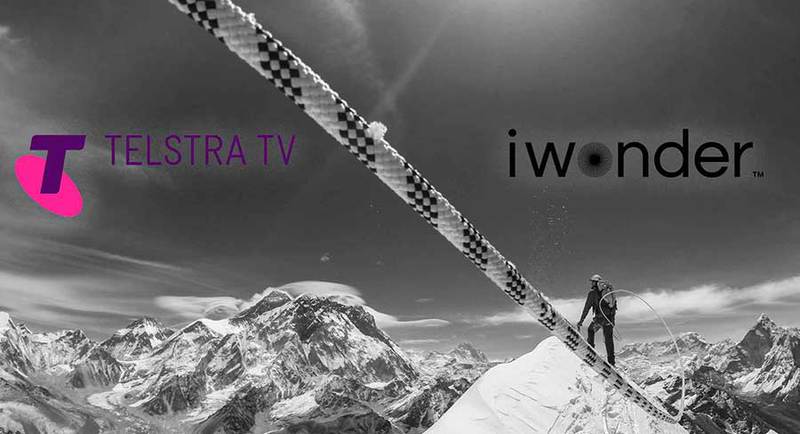 • Available to all new and existing Telstra TV users from today

Available to all new and existing Telstra TV users from today (Thursday December 10th), the iwonder app will include access to a huge range of award-winning and critically acclaimed films from the world’s most prestigious film festivals and academies, including The Oscars, the Cannes Film Festival, HotDocs and many more.

New documentaries available to Telstra TV customers this December also include The Pickup Game, a revealing look at the dark subculture of professional pickup artists, American Dharma, a tough-talking interview with recently-indicted alt-right figurehead, Steve Bannon, from filmmaker Errol Morris, Eating Animals, a look at the future of sustainable food production produced and narrated by Natalie Portman, and People You May Know, an undercover investigation into the political targeting of vulnerable church-goers in the US.

The deal with Telstra TV adds to iwonder’s growing list of premium Australian partners including: Seven West Media, where iwonder features within a branded area of 7Plus, Qantas with iwonder included within the entertainment portal on all domestic and international flights, and with the ABC and Reuters, with news integrations featuring prominently on the iwonder homepage and linked to associated content.

International partnerships also include deals with TVNZ in New Zealand, PCCW in Hong Kong and MBC in the Middle East.

iwonder CEO, James Bridges, said: “iwonder’s arrival on Telstra TV gives us the perfect platform to meet the growing appetite for entertaining, informative stories that Australian audiences crave. Our ability to curate award-winning documentaries, like Eating Animals and Alt Right, with news topics and trends in Australia and around the world is all about putting our subscribers in the driving seat of discovery, a mission that our partnership with Telstra TV will undoubtedly help us to achieve on an even greater scale.”

“We’re delighted to be bringing iwonder to our Telstra TV users, to further bolster the entertainment offering of one of Australia’s most popular SVOD devices – with over 1.65m devices shipped to customers to-date.”

In an exclusive offer for Telstra TV customers, new iwonder subscribers signing up through the platform will be able to enjoy the service for just $0.99 per month for the first three months.

iwonder is then available at $6.99 monthly or $69.60 annually with a 14-day free trial period. In addition to the launch on Telstra TV, iwonder is accessible via iOS and Android apps, browsers at www.iwonder.com, with Apple TV, Android TV or through Google Chromecast or Apple’s Airplay.