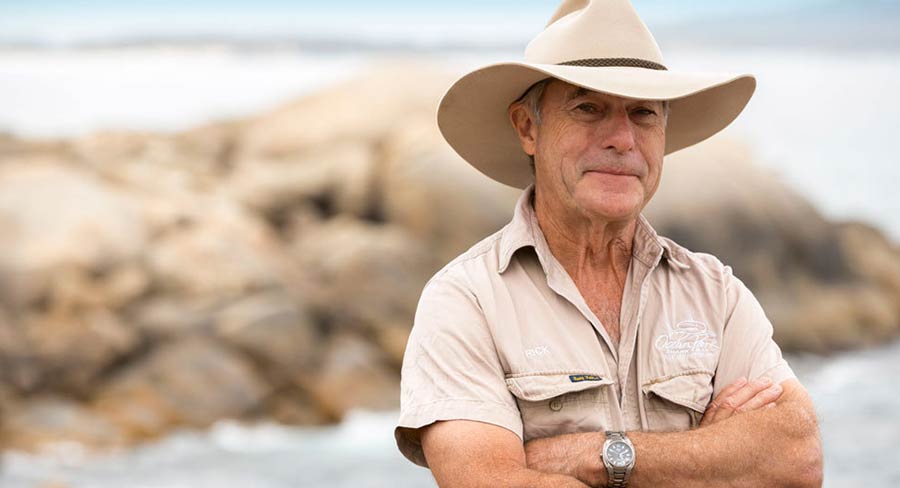 The Australian TV special Desert Vet is to begin filming a four-part series for national and global screens in the heartland of Western Australia’s Pilbara region where legendary kelpie Red Dog roamed, as well as return to the state’s Gascoyne coast and – for the first time – head to the Goldfields.

The series – which will screen on the Nine Network in Australia and wildlife, science and adventure programme channel Eden TV in the UK and Europe as Outback Vet – is shooting in Karratha, Port Hedland, Shark Bay, central WA, and Kalgoorlie over four weeks from mid-March.

Desert Vet stars 2018 West Australian of the Year finalist Dr Rick Fenny (pictured) – best known for being Red Dog’s vet and laying him to rest in 1979 – and centres around the heartache and joy witnessed by veterinarians – including his daughter Louisa – as they treat beloved animals at his Pets + Vets WA clinics across WA’s outback, as well as the dynamics of the old-school vet and 70-year-old grandfather’s growing family.

Dr Fenny’s marine biologist son Ed, who runs Ocean Park Aquarium in heritage-listed Shark Bay, will also be back for the series.

“It’s incredibly exciting to be getting back out on the road to shoot Desert Vet the series and know that we’re playing our part in building a narrative around what makes WA different and unique, and taking that to the world, as well as underscoring the vital role vets play, especially in the outback where animals are often a major part of the family or even someone’s closest companion,” said Dr Fenny.

Desert Vet EP Matty Roberts, from Sydney production house Projucer, said the cameras would again follow Rick on his regular travels through the red dirt regions of WA treating animals – which he’s been doing for 46 years – as well as capture day-to-day drama unfolding at his clinics in Karratha, South Hedland and Kalgoorlie with Louisa, and spend some time with Ed at famed tourist attraction Ocean Park to capture some jaw-dropping marine animal encounters.

“The feedback from the Desert Vet pilot episode, which was watched by more than 800,000 people last year, was that viewers wanted to see more of Rick’s family, and engage more deeply with some of the unique animal stories, so we’ll be looking to go over and above that episode via some really amazing new storylines and surprises,” he said.

Nine network head of programming Hamish Turner said: “It’s great to be partnering with Projucer on this production. We were drawn to the diverse characters and storytelling the outback delivers. It prints a very unique range of real-life Australian stories.”

Acquisitions Manager for UKTV, Charlie Charalambous, said: “We’re delighted to be working with our production partners on another amazing series. The gripping animal stories and fantastic shooting locations will create a wonderful show that’s perfect for Eden and its viewers.”

Desert Vet is due to air on UKTV’s Eden and Nine’s primary channel at primetime on Friday nights in the second half of the year.