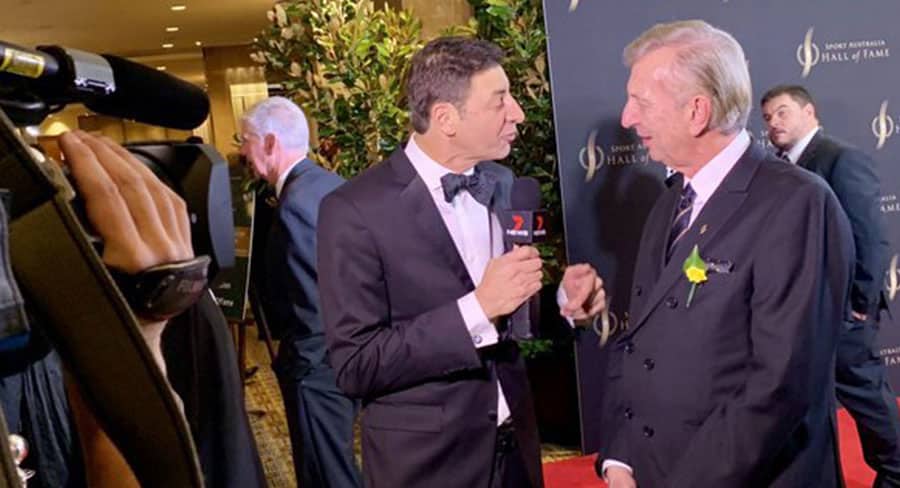 French Open champion Ashleigh Barty took home The Don Award, the first female tennis player to win the award, voted as the athlete who most inspired the nation.

Sport Australia Hall of Fame chair John Bertrand AO said: “Tonight, we take the opportunity to reflect on one of the most valuable of sport’s many benefits, which is to provide a legacy, not only for future generations, but for our country as a whole.

“We are unique in the world in our recognition of the full 360 degree of national sporting achievers and tonight we honour the past, celebrate the present and embrace the future.”

Dennis Cometti was inducted into the Sport Australia Hall of Fame on October 10 2019 as a General Member for Sports Media. In a long career spanning half a century he became one of Australia’s best-known and most respected TV and radio sports broadcasters.

Cometti started as a radio announcer in Perth in 1968 while he was also trying to forge a moderately successful playing and coaching career with West Perth in the Western Australian Football League.

He went on to work for the ABC between 1972 and 1985, the Seven Network from 1986 to 2001, the Nine Network between 2002 and 2006 and returned to Seven from 2007 until his retirement in 2016. He was also the lead football caller for Melbourne radio station 3AW and then for Triple M, and wrote sports columns and blogs for The West Australian newspaper. 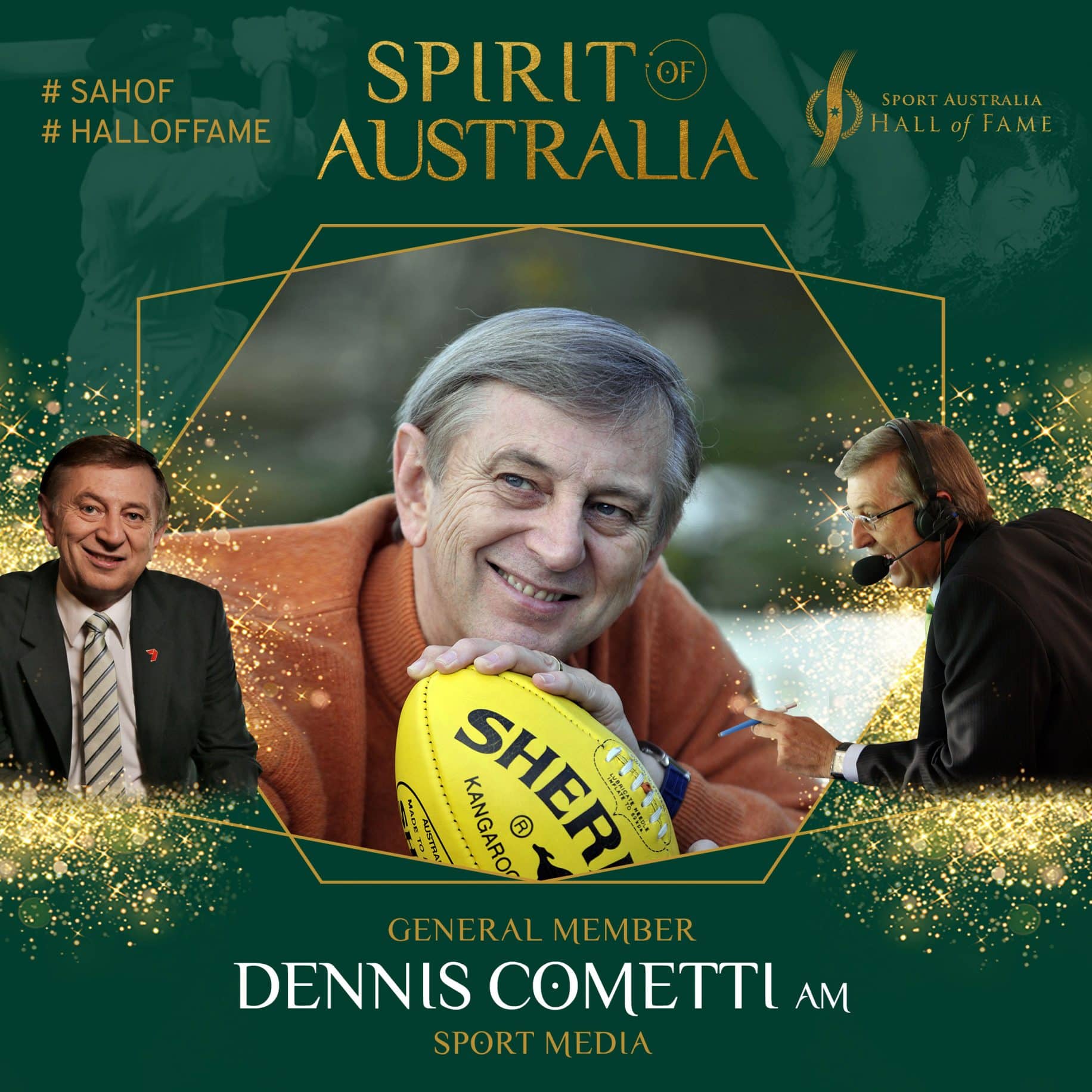 Commuting regularly between his hometown and the eastern states, Cometti was best-known Australia-wide for his football work, calling the AFL from its inception in 1990, but he also covered cricket and the Olympic Games as well as reading the sports news bulletins for both Seven and Nine in Perth.

He broadcast his first Test cricket match for the ABC in 1973 at age 23, the youngest to do so for the national broadcaster, and continued in this role for the next 13 years alongside iconic commentator Alan McGilvray. 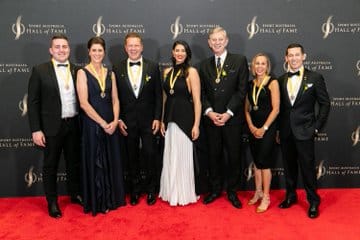 He bowed out of full-time TV after the 2016 AFL Grand Final, the 16th that he had called.

Voted the Television Caller of the Year by the Australian Football Media Association a record 11 times, in 2006 he also won the Alf Potter Award for that season’s most outstanding media personality and the sports category at the West Australian of the Year awards in 2017. In 2018 he was presented with the Lifetime Achievement Award for excellence in sports journalism at the 17th annual Sport Australia Media Awards.

Dennis Cometti is a member of the Melbourne Cricket Ground and Australian Football Media Association Halls of Fame. In 2019 he was appointed a Member of the Order of Australia for significant service to the broadcast media as a sports presenter, and to the community.