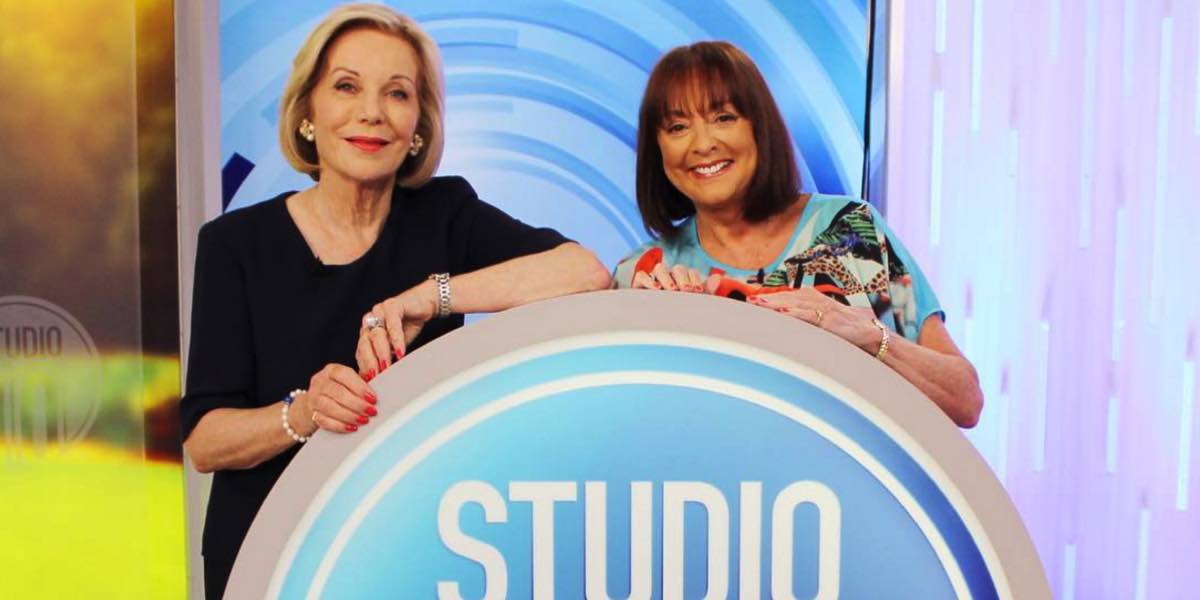 Ita Buttrose this morning announced on Ten panel chat show Studio 10 that she will be reducing her on-air commitment to the show in 2016. Next year Buttrose will appear just twice a week on the show, with television icon Denise Drysdale joining the panel for the additional three days a week.

The news followed a weekend of promotion of a surprise announcement to take place on the show.

Tomorrow, we make the announcement that will change morning TV. What do you think is happening!?

Revealing that she would like to spend more time with her grandchildren, the 73 year-old Buttrose has no plans of slowing down as she indicated that she plans to use some of the free time to write another book. Already she has authored ten books, with the most recent being A Guide to Australian Etiquette.

Drysdale is a very familiar face to daytime television viewers, with a history including her daytime work with Ernie Sigley, her own show Denise, and recently spending 2010-2011 on Ten’s previous mid-morning chat show The Circle. Drysdale is a dual Gold Logie winner, with consecutive wins in 1975 and 1976.

Studio 10 executive producer Rob McKnight told Mediaweek, “While I’m sad Ita is reducing her workload, I’m absolutely thrilled Denise is joining the Studio 10 team. The panel love her and viewers love her, it’s a match made in heaven.”

Fans of The Circle will be enthused to see Drysdale back on their screens. McKnight says, “I chose Denise because she’s the best person for the job, but if fans of The Circle turn us on to take a look at Ding Dong then happy days”.

Studio 10 returns to Ten in 2016. Buttrose suggested that there will be more surprises announced in future.