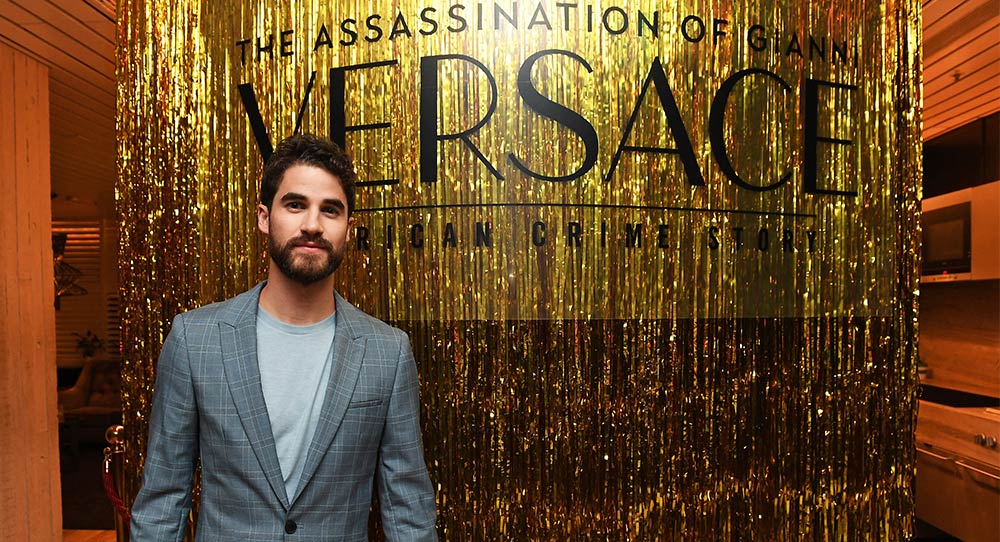 The venue could have not been more appropriate – The Penthouse at The Ivy.

Foxtel held what it called an intimate cocktail soiree for visiting US actor Darren Criss last night in Sydney. The venue could have not been more appropriate – The Penthouse at The Ivy.

Criss is the star of the forthcoming instalment of the American Crime Story franchise, The Assassination of Gianni Versace. The series is an FX original and under the new deal Foxtel has for FX programming, the series will screen on the showcase channel and also be available on demand.

Foxtel had decorated The Ivy Penthouse with a shimmering golden curtain, which provided a glamorous backdrop for photos. Criss has many fans in Australia from his good work on Glee as Blaine Anderson. Campbell and Criss spoke about how the actor prepared for his role in The Assassination of Gianni Versace, where he plays the murderer Andrew Cunanan.