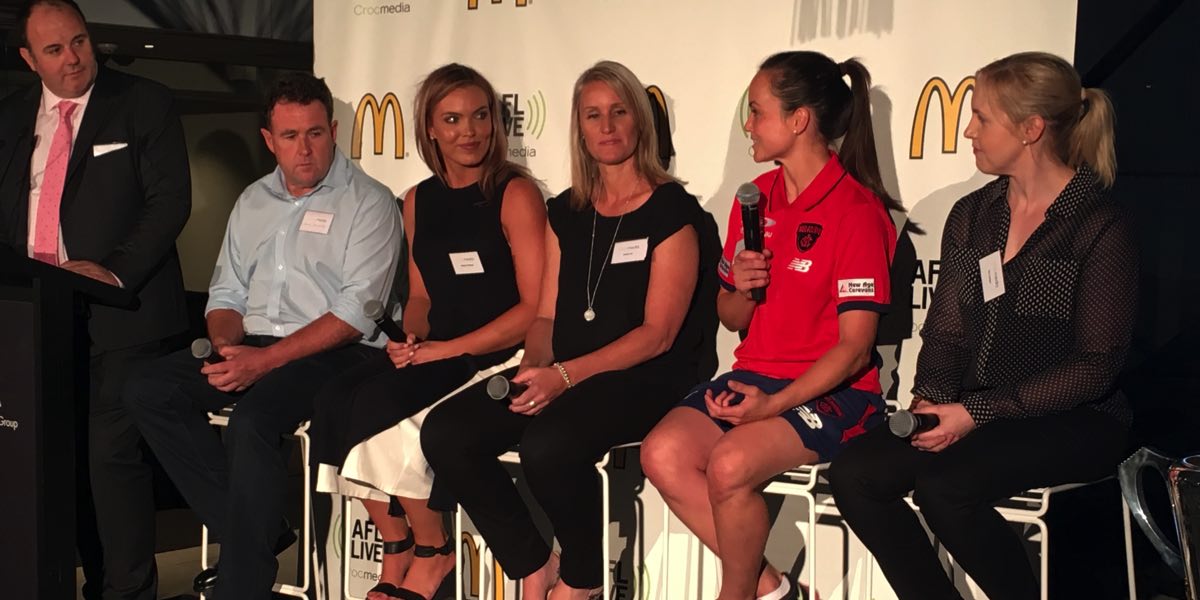 Crocmedia has pledged its commitment to the future of women’s AFL football, unveiling its plans to call all matches exclusively in 2016.

All 10 exhibition matches across the country in 2016 will be called via afl.com.au exclusively by the Cromedia team in a broadcasting first for radio.

To be known as Female Footy Live, Crocmedia’s call will feature some of Australia’s best female footballers and identities.

The broadcast will also be strengthened by Chris Connolly, a pioneer of women’s football through his previous involvement at the Melbourne Football Club.

Also joining the broadcast is Craig Starcevich – the current coach of the Western Bulldogs women’s team.

The commitment comes as hype continues to build for a probable eight-team national women’s AFL competition in 2017, dubbed recently by AFL chief executive Gillon McLachlan as a revolution in the sport.

Crocmedia general manager Jodie Simm said the broadcast commitment was part of a broader women’s AFL strategy across the business.

“We are incredibly excited and enthused about playing a role in the unbelievable growth of women’s football in Australia,” Simm said.

“It is clear that the depth of talent and interest in the sport is growing rapidly and we can’t wait to describe all of the action in 2016.

“TV audiences have already shown there is significant public interest and an appetite for the fast pace and athleticism of women’s footy.

“The exhibition series is the perfect stage to build up to what should be an unbelievable 2017.”

Crocmedia’s broader coverage will include dedicated content in its Future Stars program on Channel 9, across its various national Sportsday radio shows, as well as within its AFL live call across regional Australian stations.

Crocmedia is also pleased to announce the appointment of Ros Lanigan as the executive producer of the broadcast.

Lanigan joins Crocmedia after a long and successful career as the Weekly Times football reporter, and more recently as chief of staff.
All coverage will be brand funded.

“We feel Female Footy Live is a great environment for our brand partners and listeners alike, and there’s never been a better time to join the revolution,” Simm said.

AFL general manager – game and market development, Simon Lethlean said: “We are excited by the 10 game series of matches scheduled for 2016 that will showcase the best female footballers across the country in the lead up to the formation of the national league in 2017.

“Full radio coverage of all 10 of the matches this year ensures that all fans across Australia can tune in to hear about the progress of the current and future stars of women’s football and that support from Crocmedia is fantastic for the development of the game”.