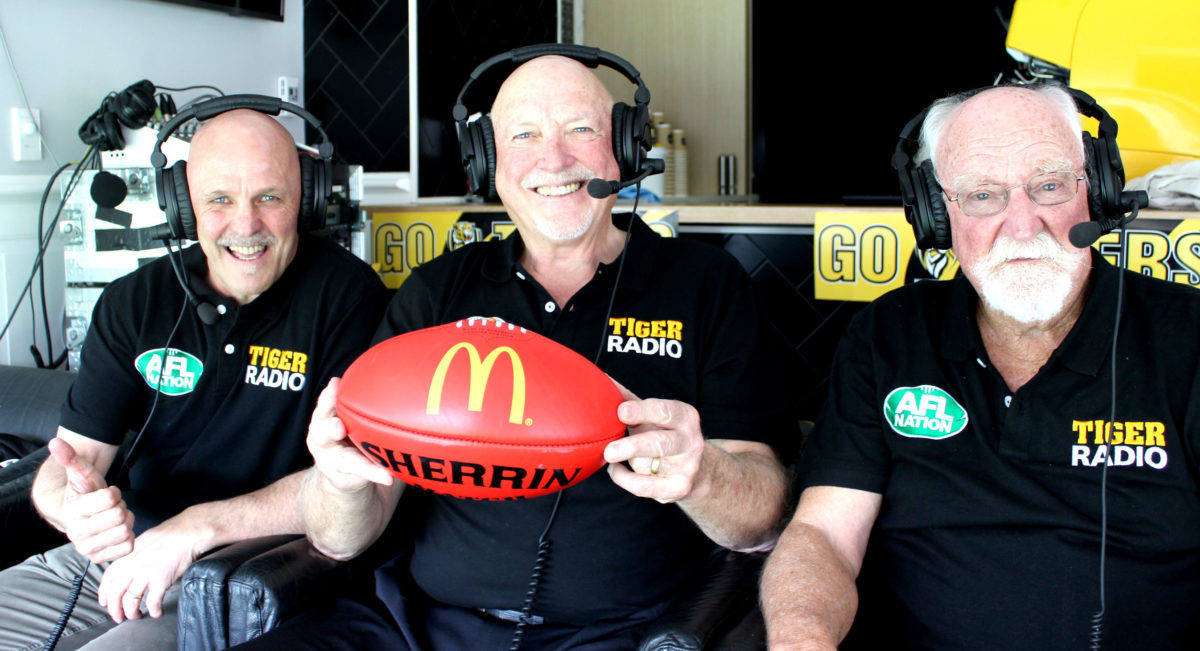 Rex Hunt, Dale Weightman and Tony Jewell will join forces in a radio first this Saturday

Called Tiger Radio, the broadcast will be offered as part of Crocmedia’s AFLnation.com.au.

The one-eyed call team will share their first-hand reactions and emotions as Richmond battles it out for a chance at grand final glory.

Tony Jewell, the last man to coach the Tigers to a premiership, said the Tiger Radio commentary team would treat Richmond die-hards to a call to remember.

“It’s going to be one hell of a night for long-suffering Richmond supporters who’ve had to wait since 1980 for a Premiership flag,” Jewell said.

“I’m excited to be joining Rex and Dale in a true Tiger call of the game and we’ll make no apologies for it being biased and one-eyed,” he added.

Hunt played in two Premierships with Richmond –1969 and 1973 – and has called more than 2,000 AFL games across his commentary career. “Let’s just say it’s going to be a colourful call… yellow and black colours that is!” Hunt said.

Hunt can also be heard after the game on 3AW’s Footy Nightline dissecting the match and taking talkback calls.

Tiger Radio will be brought to fans thanks to Red Energy and McDonald’s Australia.

Tiger Radio is a separate call to Crocmedia’s normal unbiased AFL Nation call that can be heard across 100+ radio stations nationally as well as streamed live on aflnation.com.au, afl.com.au, or via the AFL app across the Preliminary Final weekend.