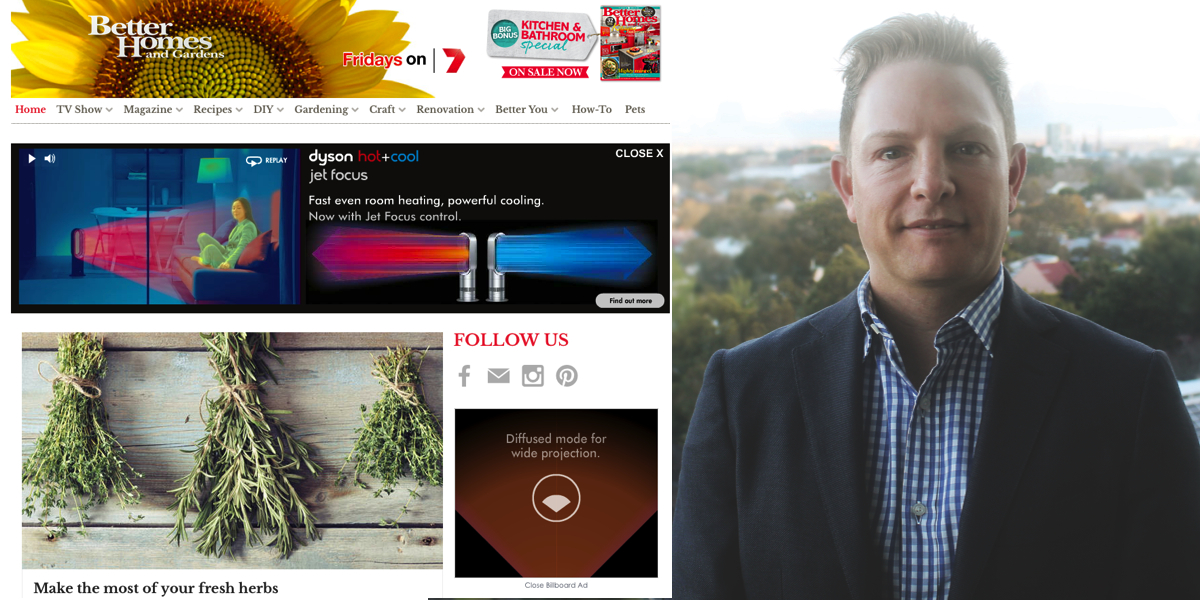 One of the things that I like to say is that some people say and some people do, and I want to be someone who does,” Darren Kerry philosophises. The media executive who joined Pacific Magazines three months ago has been hard at work on what he says are substantial digital developments. “I’ve been intentionally keeping pretty quiet in the press – a lot of our competitors like to make a lot of noise about things that, upon release, are really not that exciting. I try to avoid that,” he said.

Another thing Kerry avoids is big-noting himself. While his title at the Seven West Media-owned publisher is head of digital, a role that previously did not exist, Kerry is quick to acknowledge that Pacific had digital provisions in place before his arrival. He calls his role “supercharging” what was already going on. “Pacific already had an impressive digital strategy with digital editions of magazines, social, mobile and video. Pre-me, it was already a digital business – on the Facebook front, we already had two of the top 25 brands in Australia according to a recent Online Circle Digital Report.

“People don’t discriminate about their content, they expect it to be available anywhere, at any time, on any platform. Consumers do discriminate on the grounds of brands though – they care about who they’re engaging with. Since Pacific has formed those great relationships with people over the decades, the trust is there. Our teams were already doing a great job on digital. Our CEO Peter Zavecz warned me that when I started, I’d have a queue of people at my office wanting to talk digital strategy – and he was right!”

As to what he wants to achieve in the digital realm for Pac Mags, Kerry pointed to a range of commercial and editorial opportunities within what he called SoMoVoCo – social, mobile video and e-commerce. “They are the key areas of engagement. We have an agreement with Apple News, and our Facebook is going great guns, we are increasing our social team and we’re working on integrating the publications, so that’s a big growth area.

“Going mobile first is the one that I’m really passionate about. Obviously mobile isn’t the second screen any more, it’s the main screen. What I always ask people is, ‘When you go to bed at night, do you actually go to bed and kiss your partner, or do you check your phone? And when you wake up in the morning, do you check your phone first thing?’ It’s the way that people use their mobile phones now, so we need to act accordingly. Facebook has recently changed its logo so it renders better on the mobile. It’s pretty clear that it’s important.”

As to the company’s video plans, Kerry has some firm ideas that he believes will allow Pacific Magazines to be an industry leader. “Video and connectivity on the mobile is the biggest opportunity that we’ve got.” Particularly, he flagged that the company was looking to change the way that it shoots video to create a more user-friendly format. “People hold their mobile phones vertically, and that’s how you check Facebook, Instagram and the news – but it’s not how you watch videos, they’re horizontal. Then Snapchat came along with a completely new strategy in terms of a vertical view. If we can take this amazing content that the magazine already produces, and start shooting that native video for our clients in portrait and really hold outselves out to market as the first and only mobile portrait video distribution company, that’s a massive opportunity for us.

“For example, New Idea takes shoots of beautiful people and clothes for the magazine every other day. When they’re in the studio, I’m getting them to video those sessions in portrait too, so we’re building that video we can push out to our sites and on social.”

“What I always ask people is,
‘When you go to bed at night,
do you actually go to bed and kiss your partner,
or do you check your phone?'”

Pacific Magazines is also stepping up and making a massive investment in new e-commerce platforms, following the success of the launch of the Better Homes and Gardens push into the e-commerce space. “It’s a natural extension for Pac Mags – we tell people what they should be wearing in the magazines, so why not give them the opportunity to buy it as well? Before I joined, Pacific had launched bhgshop.com.au. That’s been live for just over a year, and to date they’ve had limited products with very limited promotions, and it’s generated in excess of $1 million in the last 12 months.

Other revenue opportunities that Kerry flagged were brand partnerships and acquisitions. “We deliver the content and the advertising by utilising the goodwill and trust that Pacific has established over the years, and then we align ourselves with global leaders in key categories with key technology that will enable us to deliver exciting e-comm and other results across new platforms that aren’t even in Australia yet,” he said.

Three platforms are slated for release before the end of 2015. “We’ve signed the agreements, and we’re just working on developing the product to ensure that it actually works. Our goal is November, and for all three to be live by Christmas.”

Saying he had recently been burned by another media organisation, Kerry declined to specify the switch in revenue from advertiser dependence that the Pacific Magazines digital supercharge would entail – but noted that his digital plans should more than make up for the decline in print revenue. “The reality for the entire industry is that there’s been a decline in what people are prepared to pay for in print ads. The market is paying more in video, in mobile and in social. That’s where the revenue is. Part of it will hopefully pick up some of that decline in print spend, but the opportunity is actually larger than that. We’ve got a big opportunity now to get more money out of our clients and agencies that would not have otherwise spent with us [purely in print]. It’s offset some of that decline, but there’s also incremental revenue that wouldn’t have otherwise been there,” he said.

As to the future, Kerry said he was confident that the measures he is putting in place would hold Pac Mags in good stead. “The future is really clear – print is what Pacific does,
and it makes a huge amount of money doing that. My focus as head of digital is to help distribute that print publication as well as we can, because we do the digital re-publication as well. It’s about supporting those print publications by further engaging the audience and of course earning money across those verticals.”

To achieve his SoMoVoCo goals, Kerry has hired considerable digital expertise. “In three months, I’ve recruited 14 people into senior management in my digital team, and there are another 12 roles that we’re looking at recruiting in the next 4-8 weeks. Among the initial staff, I recruited digital content director, digital development director, digital strategy director, head of social and head of e-comm. We have UX, UI and creative, as well as some content producers who are integrated with the editorial teams. That’s a great integration point where they’ve done a really nice job – if we put a bit more digital expertise into those editorial teams, we should see some more engagement and growth so they can really grow. All the other stuff we’re looking at now is on the development side of things. We’re trying to gear up there as quickly as we can.”

A media exec? An auditor? A commercial pilot? Turns out, he’s been all three in a colourful and varied career. “My background is in auditing, I started at KPMG in computer auditing. Then I went to work at Vodafone when they launched here in Australia. In 2008, I joined Southern Cross as it then was, before it went on to merge with Austereo. I was digital director there for 7.5 years. At the time I was looking for a change, a role became available here at Pacific. They hadn’t had anyone as head of digital before, so there was a bit of a gap and a great opportunity for me!”