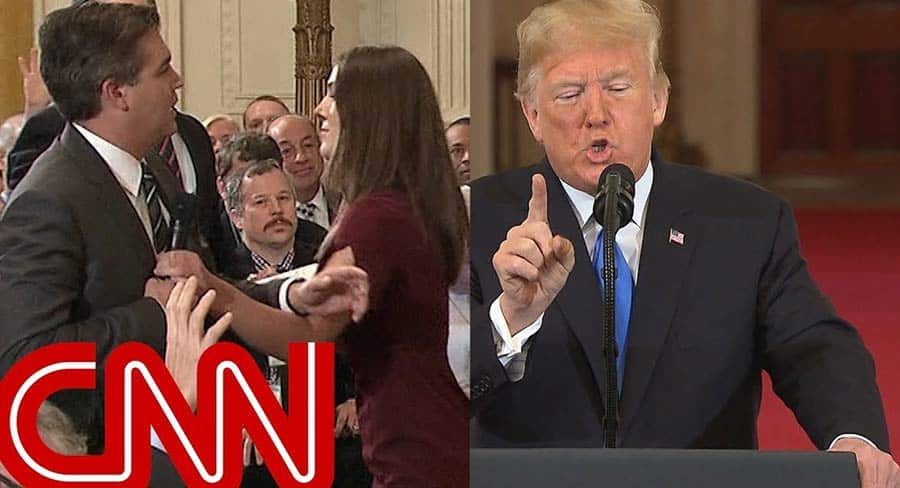 The suit was filed in US District Court in Washington, DC on Tuesday morning.

CNN has filed a lawsuit against President Trump and several of his aides, seeking the immediate restoration of chief White House correspondent Jim Acosta’s access to the White House, reports the cable new channel.

The lawsuit is a response to the White House’s suspension of Acosta’s press pass, known as a Secret Service “hard pass”, last week. The suit alleges that Acosta and CNN’s First and Fifth Amendment rights are being violated by the ban.

The suit was filed in US District Court in Washington, DC on Tuesday morning. It was docketed and assigned to Judge Timothy J Kelly, a Trump appointee. CNN is seeking a preliminary hearing as soon as possible.

The six defendants are all named because of their roles in enforcing and announcing Acosta’s suspension.

“This is not a step we have taken lightly. But the White House action is unprecedented,” CNN Worldwide president Jeff Zucker said in an internal memo to staff.

In a statement on Tuesday morning, CNN said it is seeking a preliminary injunction so that Acosta can return to the White House right away, and a ruling from the court preventing the White House from revoking Acosta’s pass in the future.

“CNN filed a lawsuit against the Trump Administration this morning in DC District Court,” the statement read. “It demands the return of the White House credentials of CNN’s Chief White House correspondent, Jim Acosta. The wrongful revocation of these credentials violates CNN and Acosta’s First Amendment rights of freedom of the press, and their Fifth Amendment rights to due process. We have asked this court for an immediate restraining order requiring the pass be returned to Jim, and will seek permanent relief as part of this process.”

The White House Correspondents’ Association said it “strongly supports CNN’s goal of seeing their correspondent regain a US Secret Service security credential that the White House should not have taken away in the first place.”