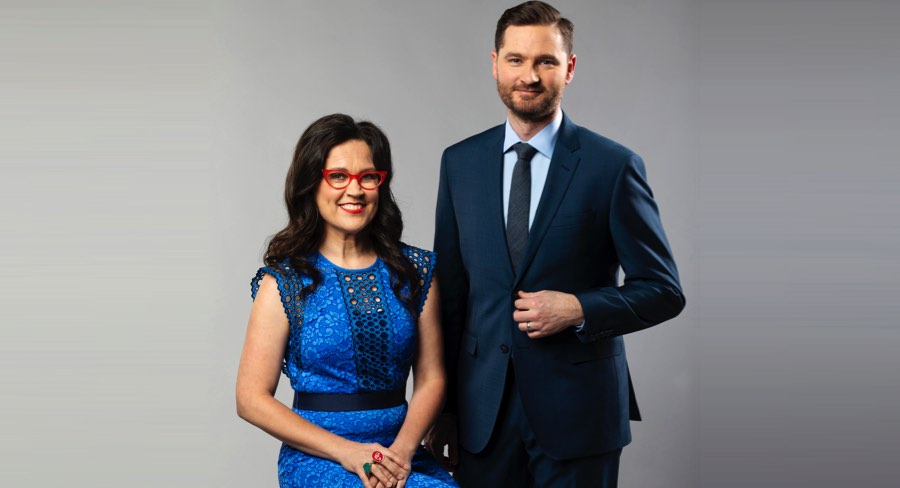 The program is being produced by Thinkative Television

Production will begin this week for ABC’s new weekly panel show Tomorrow Tonight, to be fronted by Charlie Pickering and Annabel Crabb.

The program is being produced by Thinkative Television, the team behind The Weekly with Charlie Pickering and Hard Quiz.

On each episode, Pickering will introduce Crabb and a panel of experts and comedians to a story that hasn’t happened yet but could.

Pickering said, “I’m excited to take a break from making fun of the news to have a go at making up some news of our own, which could all turn out to be true any day now.”

Crabb said: “The escalating lunacy of domestic and global events in recent years is a sombre reminder to us all that we should be prepared for things to get even weirder. Tomorrow Tonight is, under these circumstances, a cornerstone obligation of the ABC Charter. Jokes included at no additional public expense.”

ABC head of factual and entertainment Josie Mason-Campbell said: “We are thrilled to work with Charlie Pickering and Annabel Crabb and the team at Thinkative Television on this original production. Tomorrow Tonight will unpack some of the most burning issues of our time and ask: ‘What if?’ Tomorrow Tonight joins ABC shows such as Gruen, Shaun Micallef’s Mad As Hell, The Weekly with Charlie Pickering and Hard Quiz in informing and entertaining viewers about the world around them and the world to come.”

Chris Walker and Kevin Whyte will serve as the executive producers on the show, alongside ABC’s Nick Hayden.

Tomorrow Tonight will air later this year on the ABC.