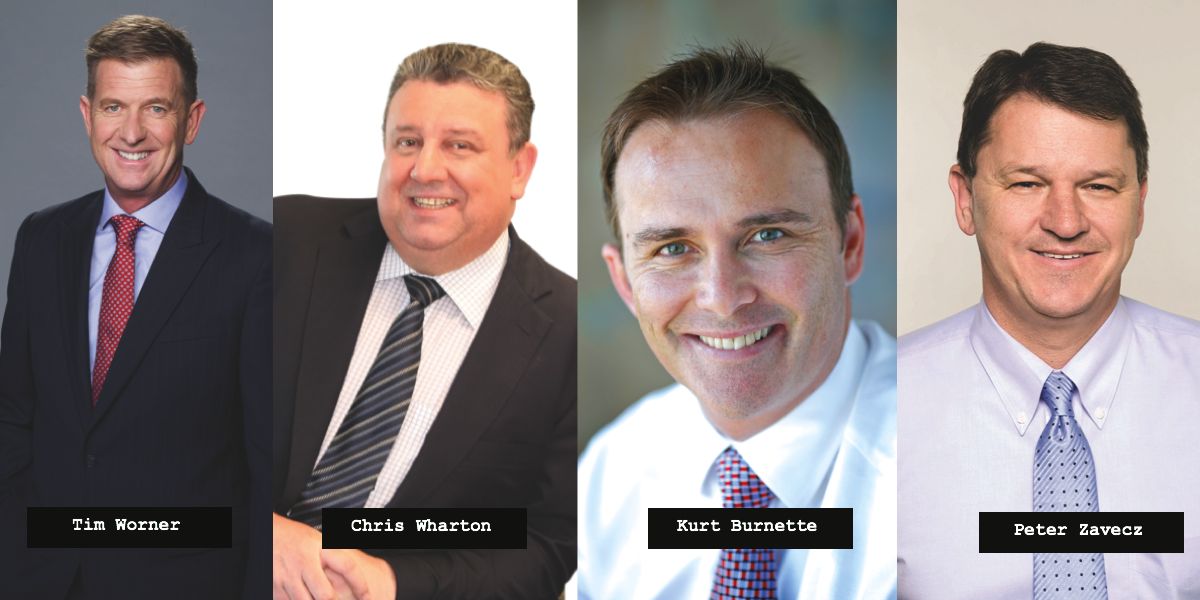 Snapshots of each Seven West Media division – challenges to triumphs

When asked about the big ticket spending on AFL rights and Olympics and the impact on programming, Worner said: “It puts pressure on costs in general. Not any particular genre. We are seeing viewing patterns that are evolving quite rapidly. Certain genres of content are going to become more valuable than others. Our very fervent wish going forward is that we will still be in a position to tell Australian stories and to tell them well. It will be a very sad day if we can no longer afford to do that.”

Worner has been a big supporter of the move to position Seven as a global content maker. The move takes Worner back to the days when he was a program supplier. “We have a number of initiatives across the business and international production is one of them. It will take time, but I did not forecast the UK business would be where it is now. It is well ahead of plan. Often these businesses are about momentum and people get a reputation very quickly for delivering quality content.”

Regarding the action against Endemol and Nine over similarities in the format for The Hotplate, Worner said: “The case is not finished yet so I can’t comment on that. You saw in our results why we want to protect the intellectual property of My Kitchen Rules. It is an extremely valuable program and is being made in territories across the world.”

Worner indicated there had been discussions about the sale of Seven’s share in Sky News Australia. “There has been no development on that in recent weeks. We are just on standby. I assume they are having talks with others, but there are no conversations with Seven at the moment.”

“If we could have enough spectrum to broadcast all our channels in HD that would be a golden outcome. This is a very live issue for us at the moment, but I did not come to my role through the engineering department!” OK – next question.

“The channel will be on air from Menzies Stakes Day on August 29 and the formal launch was this week. We are very excited about the channel with its Victorian thoroughbred racing which will be fantastic for the spring carnival.” As to whether Seven would like to expand the scope of the racing covered, Worner said: “We like to expand most initiatives we undertake and Racing.com would be no different.”

When asked about the size of the Seven investment in Presto Entertainment, Worner referred us to the associates line in the full year results. [New ventures costs in FY2015 came in at $9.5m] It seems a lot smaller than Nine tipping in $50m for half of Stan. “It is nothing like that number. We are extremely happy with the cost-effective entry we have made into a red hot space. We are in there for the long haul. We never said this would create a material revenue stream instantly.

Wharton looks after the group’s only metro daily newspaper The West Australian which has reported encouraging circulation figures in a market where the trend has been down for some time.

“We have gone up over half a percent on Saturday with print and the PDF version. The PDF version we have only been marketing this year and the takeup is around 7,000 a day.”

The West Australian only markets a PDF replica iPad edition. “There is an opportunity to publish a native digital edition, but I can’t see a great revenue story attached to other native editions I look at. We are after profit and we can’t keep costs under control if we try something that will have a very small return.”

The West doesn’t put all its content online. The online formula is for stories that are available everywhere they will publish online. If it is exclusive content then it will be held back for the newspaper and iPad edition.

The integrated newsroom shared by The West Australian and Seven News has now been running for six months. “We have only scratched the surface of what we will be able to do. Full credit to The West editor Brett McCarthy and the Seven news director Howard Gretton for the way they have put it together.

“We have a virtual news set in our newsroom which works very well and I wouldn’t be surprised if it wasn’t rolled out elsewhere.”

Wharton noted that Nine made a lot of noise when they sent David Mott to Perth. He said Nine had spent a lot of money on marketing, but there had been no significant change in the ratings. “We estimate Nine has spent more than $6m is the last financial year. They haven’t taken any audience off us. They might argue they have done a little better with their news, but it went to one hour and is not a straight comparison to ours.

Seven Perth has been almost a test market for Seven West Media showing the AFL on 7mate. The time difference for many of the games makes more sense for this, but it has been pulling big audiences.

Wharton noted that having the television and newspaper in the same place has spurred more activity in joint selling the two advertising opportunities. “We used to talk a lot, but when you are in together it leads to more discussions and we are now getting big licks of business because of what we can offer the client. We command bigger shares of TV, sometimes because of what we can offer in the newspaper or even in our regional radio stations too.”

Seven really shook up the market with its live streaming announcement last week. Burnette told Mediaweek about some of the advertising opportunities: “The information we are getting from OzTAM is they are progressing well on plans to measure content screened on other devices. We have seen early data. We will be serving pre-rolls on the live stream. They are called Power Pre-rolls and they are the most powerful pre-rolls in the country leading into live television.

“It’s a really exciting proposition. The data will allow us to programmatically serve ads in the live IP stream. Otherwise the live stream will be an exact replica of what is happening by state. Our message to advertisers is when you want to be in a piece of content and you are advertising with Seven, that advertising will travel with the content. Then we can talk about the reach extension. During the daytime tennis at the Australian Open we saw a 20% reach extension to people who were live streaming.”

Although this should deliver Seven a competitive advantage unless the other networks respond quickly, Burnette said it was more about delivering what the consumer wants. “The real key point is that this is not something we think viewers might want. We have gained deep insights that point to the fact that people will watch for convenience. Now more than ever we have to fulfil what consumers want.”

A year ago Seven started pushing very hard with the opportunities for viewers and advertisers with HbbTV, but did Seven overestimate the interest from both? “The uptake has been slower than we might have liked,” said Burnette. “But when you consider that Samsung has only come on board in the past few months, the devices are still catching up with capability.

“It is just one part of the ecosystem of our content delivery. It is a necessary path into smart TVs. HbbTV still has a valuable part to play. We will push it during the tennis and during the Olympics.”

Burnette was one of the Seven team involved in what the broadcaster could expect to get from its new AFL deal, with plenty of financial modelling before the recent deal was signed. “We wanted to make sure we could get the best outcome possible and we think we have done that. It is not thinking about just what is happening when the rights start, but what it will look like a couple of years into the deal.”

With some big ticket sport events on offer to advertisers, Burnette noted Seven has plenty of experience when it comes to selling sports partnerships, “We know when advertisers are looking to get into events. With the Olympics we tend to go about 18 months out, but with the AFL it is built into annual negotiations.

“The Olympics uptake has been phenomenal. It is the biggest uptake I’ve seen in eight Olympics – and I include 2000 in that comparison. The reason is whilst fragmentation is there, people like to know we have all platforms and they can buy it in one place.”

Zavecz noted they have had a good year in terms of ad revenue when it comes to slowing the decline of the sector. Magazine revenues were down, but earnings were steady just over $20m for the year. “The decline slowed and in overall consumer magazines it slowed too. It is a tough market and it is a short market. You hear it often that it is a short market, but this year we are getting a new definition of a short market.

“There has been a focus to transition away from just being a magazine company. The word magazine now applies across all our platforms. We are really looking at our name as it doesn’t accurately reflect what we actually do these days.”

The new call sign for the publisher is SOMOVOECO – social, mobile, video and e-commerce. The e-commerce includes selling beauty box subscriptions. “We are going to expand that into other categories so it won’t be just about beauty.”

Zavecz told us to stand by for a number of announcements about spinoffs from its key categories in the next couple of months. “We are exploring different ways of growing consumer expenditure for people who are followers and users of our brands.”

Pacific, along with all print publishers, is keeping a watch on its brands to see if they should be transitioning them to digital-only properties. “At the moment we don’t have any red light indicating we should be making that decision,” said Zavecz.

“Home Beautiful keeps growing in ads and the circulation remains strong. Not every category is like that. The weekly magazines are under a lot of pressure.”

Zavecz spoke about the team at marie claire and so far it looks like a model transition from editor Jackie Frank to editor Nicky Briger. Zavecz also revealed that the 20th anniversary edition of the magazine is selling well.

[blockquote style=”3″]Mediaweek podcast
Don’t miss our podcast with the two marie claire editors Jackie Frank and Nicky Briger – together, in the same studio at the same time – as they talk about the Australian magazine market and the evolving publishing model that sees them growing the brand on many platforms. Listen at http://www.mediaweekpodcasts.com/marie-claire-australia-jackie-frank-nicky-briger/ or search Mediaweek on iTunes.[/blockquote] 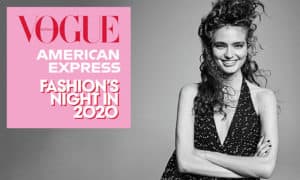