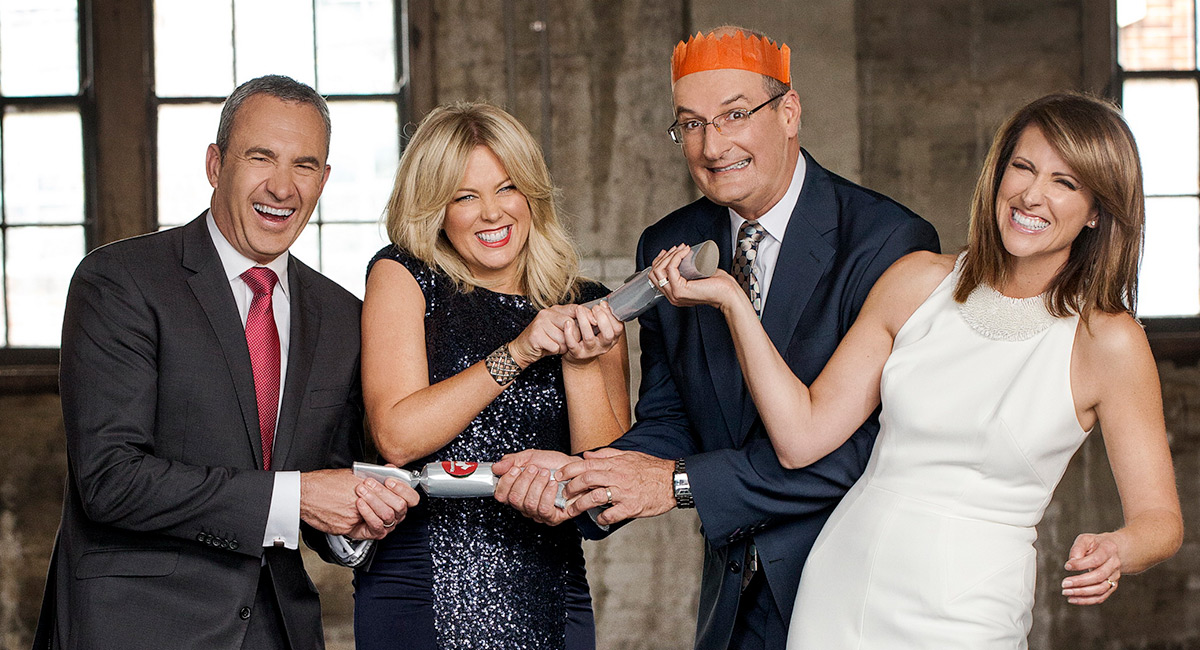 Home and Away star Penny McNamee will fulfil a lifelong dream

Seven’s Sunrise hosts David Koch, Sam Armytage, Natalie Barr and Mark Beretta will return to host the 2017 Woolworths Carols in the Domain for the fourth year.

The 35th annual event will be held in the iconic Domain in Sydney and broadcast live on Channel Seven at the new time of 8pm on Sunday 17 December.

The hosts of Australia’s favourite brekky show will be joined by Carols’ best ever lineup of entertainers to Deck The Halls and celebrate the joy of Christmas with Australian audiences.

Home and Away star Penny McNamee will fulfil a lifelong dream when she takes to the stage for the first time as a solo performer to sing one of her favourite Christmas classics.

Also confirmed to perform on the 2017 Carols stage are: