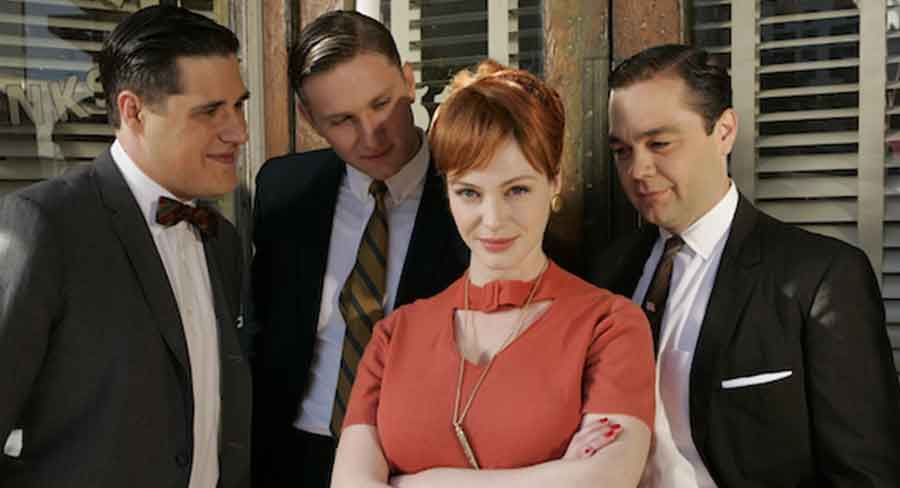 • Set in the early 1960s, in an unexpected new world – the glamorous “Golden Age” of advertising

If you never got around to watching, or want to relive the glory days of advertising, the high-powered world of New York City’s Madison Avenue recently arrived on Stan, with every episode of the multi-award-winning iconic drama series Mad Men now available to stream.

Set in the early 1960s, in an unexpected new world – the glamorous “Golden Age” of advertising – where everyone is selling something and nothing is ever what you expect it to be, this enthralling drama unfolds around Don Draper (two-time Golden Globe winner Jon Hamm), the biggest ad man in the business. As he calls the shots in the boardroom and the bedroom, he struggles to stay a step ahead of the rapidly changing times and the young executives nipping at his heels.

Following the lives and careers of the ruthless ad men and women of the ego-driven world of Sterling Cooper & Partners, Mad Men explores a time where the ad agency was revered, while shining a light on the sexism, homophobia, dubious family values and misogyny of the era, when smokers were enjoying the last guilt free years of the cigarette – and when America was undergoing tumultuous cultural change.

Making history as the first basic cable series to win the Emmy for Outstanding Drama Series in four consecutive years and winner of five Golden Globe Awards, in addition to countless other accolades, Mad Men is an iconic series not to be missed.

Mad Men by numbers
7 seasons
92 episodes
Binge it all in 3 days, 20 hours
Watch an hour a day in 92 days
942 cigarettes smokes
369 drinks
18 joints
Don Draper had 9 secretaries and 18 mistresses