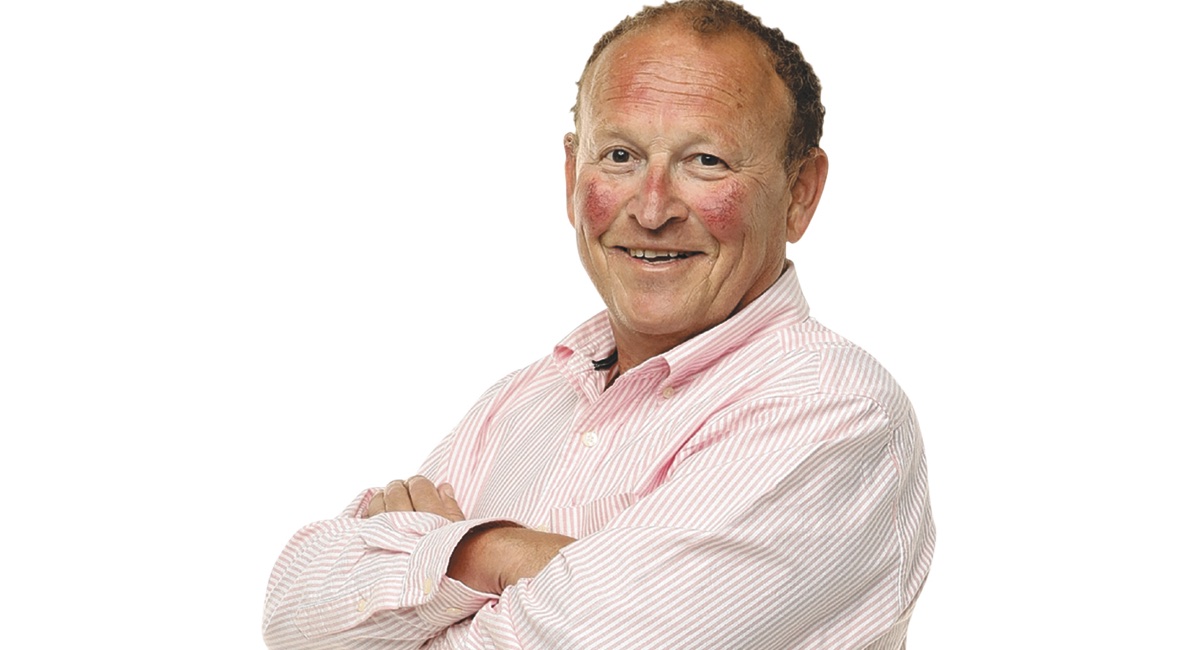 “When I was a copyboy I was so hungry for a job. I would pester everyone around the building and harass them to try to get a job. There was a Mortein ad on TV then and there was a fly in that called Buzz, the great Aussie pest. I used to pest and pest people, so yea,” Rothfield told Mediaweek.

The name Buzz Rothfield has more public prominence than Phil Rothfield. He doesn’t seem to mind this because his Twitter profile uses the former name over the latter. His What’s The Buzz? column on Sundays also carries his nickname. The weekly columns run in The Sunday Telegraph and on dailytelegraph.com.au.

The controversial football columnist celebrated four decades with News Corp in 2016 – a year that brought with it the good and the bad (Read the gambling scandal breakout).

“I’ve seen a lot of things change. You’ve got no idea what I have seen. I once even went on strike when they introduced computers in the early 80s. We walked off the job for a month,” Rothfield told Mediaweek. “We were pretty set in our ways in the early days.”

In his four decades on the job, Rothfield has established himself as one of the most notable writers about the National Rugby League (NRL). He started his career as a cadet in the newsroom: “It was very thorough training. I did three months each in court, parliament, and police rounds.

“I’d always wanted to go into sport though. So I basically harassed and harassed people in editorial to get a job in sport and I have been there ever since.”

One can simply scroll through the number of comments under his articles online or read social media posts about Rothfield and his work to know that he has his fans and many more critics.

“As long as you give an honest opinion and analysis of the way you see it, I think you are okay,” Rothfield said. “I have nearly 80,000 Twitter followers and they wouldn’t be following you unless you were telling them something interesting.

“Writing sport is the same as writing politics or police rounds. A good political writer knows the prime minister, knows the opposition leaders and politicians and has great contacts. That is the same with rugby league. A good rugby writer knows the coaches, the players, the agents and relies on them to break stories.”

The way Rothfield finds good yarns is by chasing the story behind the story. This isn’t something one can find at a presser, he says. Therefore, he doesn’t bother going to them.

“We are better off relying on our contacts from 40 years and ringing them privately or go have a coffee, beer or lunch with them,” Rothfield said. “I avoid going to press conferences because there is no point in me going there and asking a good question that is going to finish up online 10 minutes later.

“The best sports writers are those who have been around the longest and have the best contact books. It keeps us older guys relevant.”

With 40 years in the industry, of which a large number have been spent covering sports, Rothfield doesn’t shy away from saying that he has an admirable contact book. Knowing the people in the game comes with its good and bad. Rothfield’s contacts have provided him with many good news yarns over the years. However, his stories have also resulted in him being on sour terms with people from the industry. Two such well-known figures were Peter Sterling and Phil “Gus” Gould. Rothfield has turned his relationships around with Sterling and Gould. He wrote about mending his relationship with Gould recently in The Daily Telegraph: “It’s the interview we didn’t expect to get given our shaky relationship over more than 30 years.”

Rothfield told Mediaweek: “Any journo doing their job has feuds. I write a double-page column every Sunday and have been doing that for 30 years. There are about 30 items in every column. How many is that in 30 years?

“The moment you hold back and start filling it with fluff to not upset anyone, that’s the day people stop wanting to read it. You have to ignore who you are going to offend and tell it as it is. Along the way you are going to upset people.”

Asked if he has ever felt constrained when writing a story where he knows a talent related to it, Rothfield answered: “You can’t be just because they are a friend. A real friend will understand your job and that you are going to get good and bad publicity along the way. If Malcolm Turnbull had a friend in the press gallery, it’s not going to stop them from writing the truth when he does stuff up.

“It’s quite funny that some of your good contacts actually don’t mind when you are critical of them, because it makes other people think, ‘Oh God, he has had a crack at him – he obviously doesn’t feed him much information.’

“I’ve actually had a couple of people over the years tell me, ‘Mate, you better start bagging me in your columns, so people aren’t so suspicious that I’ve leaked you that information.’”

Rothfield has watched every State of Origin game played since 1980. “It’s the highlight for the end of season,” Rothfield said. “It’s a wonderful, wonderful football contest.

“There’s no other sport like that in the country.”

With his career spanning over 40 years, the question that Rothfield finds the most difficult to answer and also dislikes being asked is, “What are your highlights?”

“It’s a hard one to answer,” he said. “I don’t want to rant about the stories I’ve broken over the years. But probably the most moving story I ever did was when I was interviewing Andrew Chan, the Bali Nine guy, in jail. I was interviewing him for about three months before he died. We were texting every night. He was a mad footy fan and I was just trying to make it easier by talking about footy with him every night.”

Rothfield said that he is lucky to have the career that he has had over the years: “I’m blessed.”

“Whatever they are going to create internally is just fluff,” Rothfield said. “They are not going to tell it as it is. While they have some nice writers [in NRL’s editorial division], they are never ever going to take a serious, analytical look at the problem areas of the game, the administration, the judiciary, the referees or how the bunker works. They can’t be critical of their own organisation.

“I’ve experienced that when News Corp bought Super League. There was pressure not to say anything that might be considered derogatory about the game. It’s the same with these people [the editorial team at NRL].”

The Age’s Caroline Wilson had similar views on this subject when she spoke to Mediaweek last month.

“The former players will give an expert opinion on a game of footy from what’s in front of them. A great journo will dig behind the scenes to get something that those guys may have spoken about but haven’t gone in depth into,” Rothfield said.

Television and radio broadcasters often use former players from a particular sport to host their coverage of the live event. Having played the game, these ex-players would come with a contact book and a high level of trust with the key figures from the sport, which could be the envy of many looking to make a name of themselves in sports journalism.

“We have to get right away from the obvious and what happens in press conferences because it’s old news by the time you pick the paper up,” Rothfield said. “If someone scores a try, an expert will tell you about it, but a journo will tell you how it happened.”

In 2016, Rothfield was caught up in a controversy involving gambler Eddie Hayson, who was at the centre of some betting scandals in rugby league and racing.

“It was really, really hard,” Rothfield told Mediaweek. “I was used to writing this sort of story about other people.”

Rothfield confessed what happened was a mistake that he has learnt from.

“He [Hayson] was a very good contact of mine. He gave me a lot of big stories over the years. In return I bought him tickets to go to the football, not for free though.

“I used my credit card and paid for the tickets. He paid me back, but he put the money into my TAB account rather than giving me the money itself. This was a mistake I made.”

The story made multiple headlines on various news outlets. These are not the sorts of headlines Rothfield ever wanted to attract. “It was a really, really hard time for me and my family.

“I had unbelievable support from News Corp. They did a month-long investigation, which cleared me of any wrongdoing. I am pleased with the way it worked out.”

As a result of unwanted media attention and backlash on social platforms, Rothfield stepped away from his duties at News Corp for a brief period. He said this helped him clear his head out.

“I suffered a bit of anxiety from it. I needed some time off to deal with it,” he said. “I am in a much better place now.”