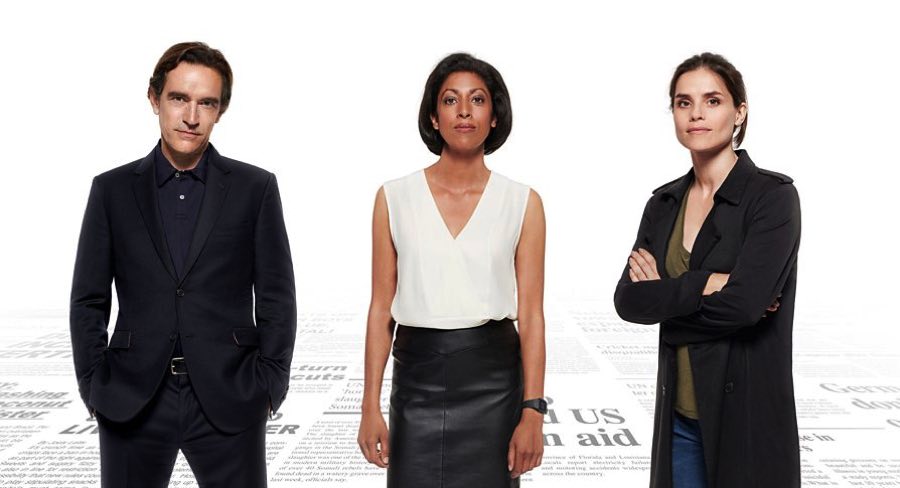 Press premiered on BBC One in UK and PBS in US on September 6.

Set in the fast-paced and challenging environment of the British newspaper industry, the six-part drama explores the personal lives and constant professional dilemmas facing the journalists who work at two rival newspapers.

Cowell is shown as the news editor of The Herald, a left-leaning broadsheet. Riley plays the deputy news editor. Chaplin portrays a charming and manipulative editor of The Post. Suchet is the CEO of the multimedia conglomerate that owns The Post

Press premiered on BBC One in UK and PBS in US on September 6. The first episode was watched by 3.60 million in UK.

The show was one of the programs to be unveiled at the BBC First upfront (https://mediaweek.com.au/bbc-first-in-2019 ) held in Sydney last month. BBC Studios’ director of scripted content (drama, comedy and children) Liam Keelan was in Australia for the occasion and sat down with Mediaweek for a podcast.

Commenting on how the company chooses the program to air in Australia, he said: “It’s about tailoring it for a premium audience that is a slightly older and upmarket demographic. They want event dramas, so things like Les Misérables or The Little Drummer Girl are very important.”