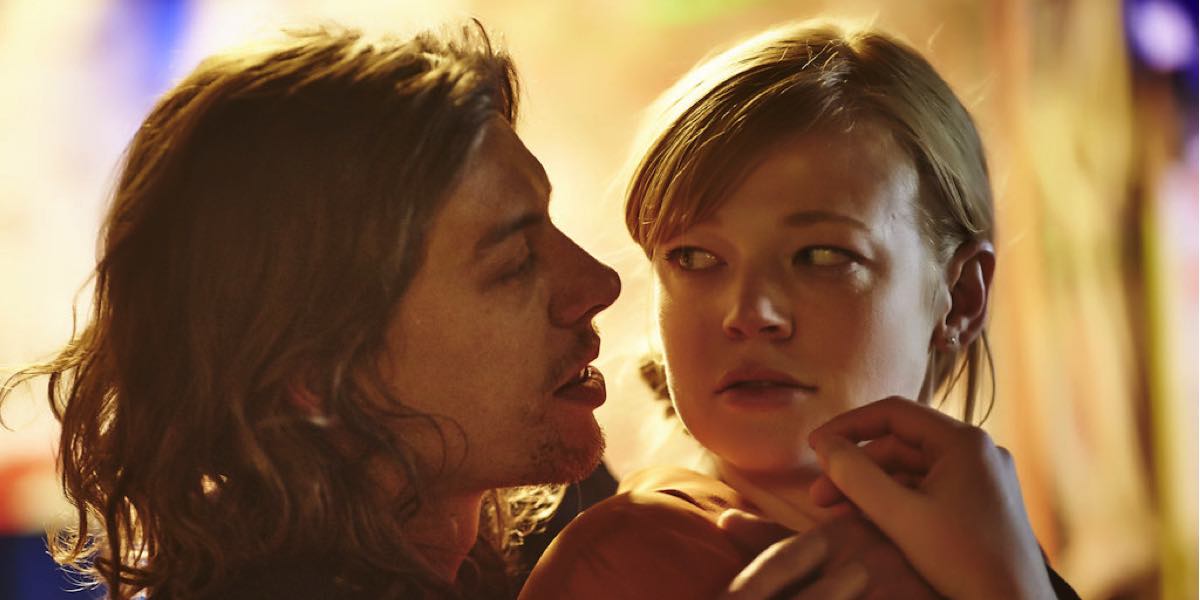 The Beautiful Lie is an Australian reimagining of Tolstoy’s “Anna Karenina”, this story set in contemporary middle-class life, exploring the love lives of families in all their mess and grandeur.

Mediaweek’s Andrew Mercado spoke with producer Imogen Banks ahead of the premiere on October 18.

Thanks, we are pretty happy with it. We’re all hoping that the audience loves it too now.

Was it a relief to move away from the wet and muddy trenches of Gallipoli straight into the glamorous world of The Beautiful Lie?

Yes, The Beautiful Lie is a bit more accessible for me! But the truth is we shot both in similar areas in Victoria. We shot The Beautiful Lie from autumn going into winter and that’s a time Melbourne looks particularly beautiful. It was sometimes extremely cold to shoot in but it looks good. We actually only finished it quite recently but yes, it was nice to go from khakis to the decaying middle class!

There have been 14 movies and six television adaptations of “Anna Karenina” – are you officially number seven of the Leo Tolstoy classic novel?

No, we are “inspired by” and in translating, we get a little bit of latitude. We are “inspired by” in a similar way to Puberty Blues in that we took the central characters and story and then did a lot of embroidering. “Anna Karenina” was set from 1873-1877 so there are – thankfully – quite a lot of social differences now. The central love relationships, the questions of fidelity, and life inside and outside the home give us obvious parallels today. There is universality in the emotional core of the story but the social context has changed obviously and that was really fun and interesting making it contemporary and trying to figure out where the major changes, cultural shifts and gender switches were and what that all means. We remain closest to Anna’s story arc and we concentrated on the three central relationships from the book but there’s also a lot of change and invention.

Why a six-hour miniseries?

That is partly pragmatic because of how much money we had to make it but it also felt about the right length. Given that it’s a tragedy with no chance of returning, six hours felt about right. The book has so much material. Every episode we made was sparsely written but so much happens in every episode it has a very distinct character to each. I think one of its incredible strengths is the writing from Alice Bell and Jonathan Gavin.

You’ve worked with several of these actors before – Celia Pacquola in Offspring, Catherine McClements in Tangle, Rodger Corser in Puberty Blues and Party Tricks but is Dan Wylie your favourite given he has starred in Puberty Blues, Gallipoli and Tangle?

Ha ha, well this time round I hadn’t worked with a lot of the central cast before. There was actually more new than old with people like Sarah Snook, Alexander England, Sophie Lowe, Daniel Henshall and many others. There’s always that tension with wanting to continue with central collaborators but expand the palate and work with exciting new people too. Because we were dealing with contemporary middle class Melbourne and that age group from 30-40 there was always going to be a bit of overlap with some of the actors – and I do love an ensemble!

With Sarah Snook and Sophie Lowe, you have two of the most exciting new Aussie actors around right now.

Absolutely, both Sarah and Sophie bring a really, really broad emotional spectrum to it.

Tell me about the casting of Benedict Samuel as Skeet.

We talked about all sorts of people and tested fairly broadly. I had met him in LA a couple of years ago and there was something about him that struck me. I thought we should look at him because he had a sort of charisma that might work and when we were watching his test, the thing that felt so right was that he wasn’t selling himself, it just felt as if he was presenting himself to her in a way that worked with the character. In all the adaptations that I’ve seen, and also the book, his character is such a projection and once we cast Sarah, we then started looking at who the two men in her life would be and finding the kind of difference between them to understand what might be compelling to her in way that she can’t understand. That’s what Benedict offered, he was this person who could come into her life that she’d never encountered before, so she wouldn’t know how to read him and therefore she could remain in this state of romantic projection for a bit. Skeet is the guy with whom you make mistakes in your teens or 20s, they’ve done it the wrong way round.

Gina Riley is mostly known for comedy so why her as the mother?

We talked a lot about that. She just popped up as an idea and I didn’t even know if she would be interested. So I sent a little note to casting to see if we could ask her and she was interested. I couldn’t believe my luck. I’ve always admired her and seen glimpses of her as a dramatic actress but she has a broad range and it’s important with a romantic tragedy that there is light and shade. I knew that rather just her and Robert Menzies playing dull parents on the sideline who casually respond to the actions of their children, she would be a dynamic force, a glimpse into the sort of upbringing those children had and how they came into being the people that they are now. With Gina, there’s an off-screen world that she brings into it and she makes it funny too.

It looks like an expensive show to make so was it an easy sell to the ABC?

John Edwards sold it to ABC. I wasn’t involved, but he’s been talking about it for as long as I’ve known him. He just kept throwing it out there but when he gave the novel to Alice Bell and she read it and said yes and also Jonathan Gavin who wrote with her, it was all a pretty easy sell. With the budget, it looks expensive, but it wasn’t – we made it for what we normally make an hour of television for. It looks expensive because of the beautiful world of cinematographer John Brawley who’s a long-term collaborator and has a gorgeous eye, and then there’s the design and creative team too. But it’s also the world – this luscious kind-of-horrifying middle class world with incredible locations and the scale of things that gives you a certain aesthetic and makes it look like a very expensive show.

What do you think about Ten bringing back Offspring?

I am plotting away on it right now. Obviously there’s not a lot to say at the moment except that we’ve been in the writers’ room and found a really good reason to make a sixth season so it’s feeling like there is a reason to do it. That was one of the things we always questioned and it’s been a difficult decision but we are doing it!

Any chance you will ever return to the beautiful world you created with Puberty Blues?

We talk about that all the time so feel free to start an online campaign! Its writers and I have an ongoing conversation about what would happen in Puberty Blues 3 and we’re often sending each other photos and material. But frankly, I feel like we talk about Tangle 4 all the time too! We check in with each other all the time.