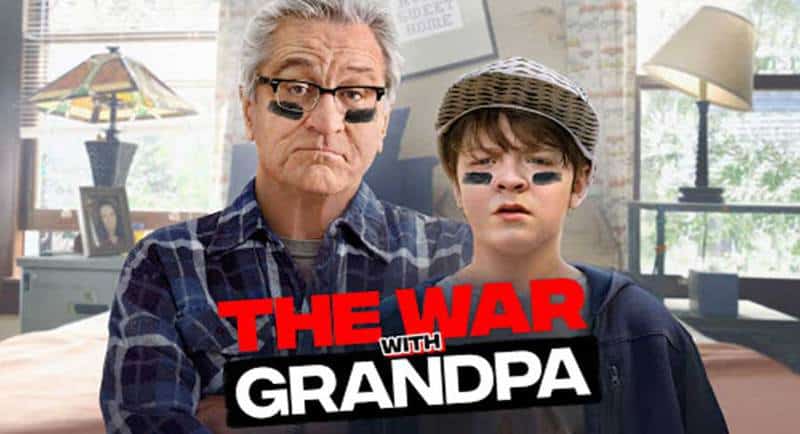 The War with Grandpa starring Robert De Niro has rocketed to the #1 spot of the Australian box office after a robust opening weekend which saw the film rake in $942,015. This was more than double any other film in Australia over the weekend but the total was not enough to stop the domestic box office from declining by 2% after making a $3.28m total.

The film was the only new entry in the top five this week and bumped out Trolls World Tour which slipped to #6 after 15 weeks of release after making $8.57m.

After being filmed in 2017 the family comedy has finally made it to theatres across the globe. Despite mixed reviews, the movie has had a dominant first week of release averaging $2,962 on 318 screens.

After 15 weeks the sci-fi blockbuster continues to find itself in the top five after being the most notable release since cinemas re-opened. The film averaged $2,737 on 156 screens.

The holiday flick has slipped from #1 to #3 in its second week of release. The ensemble cast managed to garner an average of $1,609 on 261 screens as it continues to be the most prominent release of 2020.

The neo-western starring Kevin Costner and Diane Lane continues to stay in the top five for a second week after averaging $820 on 246 screens.

The Australian comedy-drama has made a total of $4.01m over the last six weeks as it continues to drive fans into theatres after averaging $653 on 230 screens.